Over the course of its three decades, progressive metal band Dream Theater has periodically created albums centered about thematic concepts. 1999’s Metropolis Pt. 2: Scenes from a Memory was the band’s first concept album, and also marked the debut of Jordan Rudess and the group’s keyboardist. In 2002, the Boston-based band released Six Degrees of Inner Turbulence, another conceptual work. And 2016’s sprawling and ambitious The Astonishing featured an ambitious story line running more than two hours.

But Dream Theater had long made a point of keeping its fans on their toes; the group never does something similar twice in a row. The band’s catalog features no less than eight live albums, not counting the seven “official bootleg” live sets issued as part of the group’s Live Series. And scattered among the conceptual albums and live releases are a number of straight-ahead collections of songs, studio albums that focus on spectacular instrumental interplay and thoughtful lyrics, but no running theme. 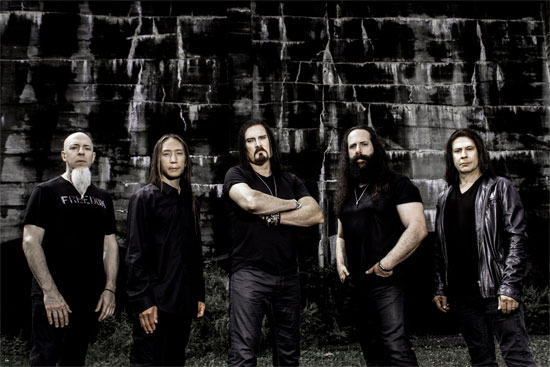 The most notable among that last category have been the band’s 2005 album, Octavarium and a self-titled release from 2013. But joining those is the band’s latest album, Distance Over Time. Rudess explains that while The Astonishing was the product of the group wanting to “break out of what people usually expect and try something creative that we really were drawn to,” the newest album takes a different approach.

“This time we wanted to return to the roots,” Rudess says. “Back to the core of what the sound is and what’s always been. Dream Theater is a group that incorporates a lot of styles, but there is a core element of prog metal. We just wanted to get back to that and go a little bit more easy to absorb.”

The band’s efforts in that regard have paid off handsomely. Distance Over Time performed well on the U.S. album charts. And in Europe it fared even better, hitting the top spot in Germany and Switzerland, and top-tenning in sixteen other countries.

Rudess credits the band’s commercial success – something it achieves in nearly equal quantity with its critical plaudits – to three major factors. One is that unlike most other bands in the progressive metal category, Dream Theater actually scored a hit single. “Pull Me Under” was an MTV hit in 1992. “That lit a fire in every corner of the globe” for the band, he says.

But Rudess acknowledges that such a fire usually burns out quickly for bands. “But through a whole lot of hard work, going to all those markets where there was a little spark of interest, playing well and putting on a good show … that kept it really alive,” he says. “And so we began to develop an audience in different parts of the world.”

Yet a hit single and touring can only achieve so much for a band. Rudess says that there’s one more ingredient that accounts for the group’s enduring appeal. “Dream Theater plays a lot of complicated music,” he admits. “But we try to make our music come from the heart. You realize when you play all over the world that what audiences respond to – what they really feel – is emotional.”

That emotional content – paired with dazzling instrumental pyrotechnics from Rudess, guitarist John Petrucci and the rhythm section of drummer Mike Mangini and John Myung on bass – is what connects the band and its audience, Rudess says. “In the course of the Dream Theater show, there are plenty of times where the playing gets fairly technical,” he says. “But there are other times when there are just these big chords. You can see the people: they’re vibing, and some of them might even have tears running down their eyes.” He says its at those moments when he’s reminded what is really important to people.

“As incredible as a lot of the young musicians are – I follow a lot of them and I’m very impressed with what’s going on, especially with the prog metal scene – maybe they haven’t totally realized that the heart is the part that really goes out wide,” Rudess says. “That’s what captures a big audience and keeps them.”