The colorfully-named Moses Jones & the Dirty Southern Soul came together a few years ago with a goal of making its own style of music. The band’s sound recalls the Southern flavor of Lynyrd Skynyrd and the Allman Brothers, with Robert Johnson’s slide guitar at the center of the mix. Johnson had previously released a 2011 album, Carolina Days, but the music he makes these days with the band is even more reflective of his deep Southern roots. The Charlotte-based band plays regionally, traveling farther afield for festival performances. Between shows, the group is working on a new album of original material at Charlotte’s Blue Bubble Studios. “We’re really stoked to bring those tunes to our fans,” he says. 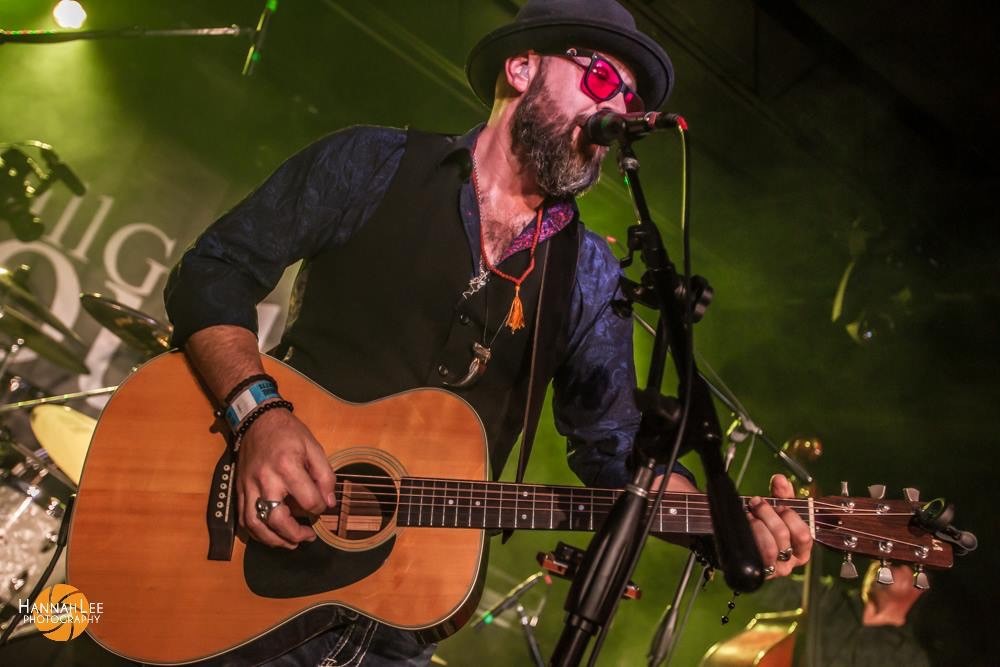 When the band first came together, did you have a clear vision of what you would sound like?

Clear vision? Ha! We had no idea; we just showed up and started playing.

Is the Southern character in your music something that comes naturally?

Your band name describes your music: dirty Southern soul. What does that mean?

To me, “Dirty Southern Soul” is what the South really is all about. Our music is as organic as the red clay that the south is built upon. It sings with the freedom of gospel and cries the blues of any broken hearted man or woman. You can still hear that high and lonesome sound blowing through the pines.

The band plays club gigs and festivals, two very different kinds of shows. How do you approach those differently?

Our sets are built upon the type of venue we’re playing. At festivals, we come out fast and groovy; we don’t take a break, because its our job to keep the festivalgoers movin’ and groovin’. When we play bars, we have a better chance at slowing it down now and then.

What’s the most creatively fulfilling thing about playing with Moses Jones & the Dirty Southern Soul?

We offer something that I call musical healing. We play in 432hz tuning [known as “Verdi’s ‘A” — ed.] because that resonates with the heart chakra. It has been shown to lighten people’s loads and give them feelings of love. For us,every gig is as important as the last, because we’re on a mission to help and make the world a better place.

What’s been your favorite performance to date?

Playing at the world famous bar The Bowery in Myrtle Beach after we crushed the big stage at the Carolina Country Music in 2017.

What connection is there between the 2011 Carolina Days album and the music you’re making now?

I’m the only connection to what we’re doing these days. When we put that record together, none of us had ever been in the studio. I learned so much about what and what not to do, and how important it is to catch that moment in time when you start rolling the tape.

Where does the inspiration for your music come from?

Inspiration is everywhere and in all things that I hear and see: broken-hearted people in bars, butterflies on the freeway, fire and brimstone preachers … the list goes on and on.