Once again, it’s time for a passel of quick reviews. Twenty in all – ten today, as many tomorrow. All deserve a listen. Titles on vinyl are noted as such (LP). 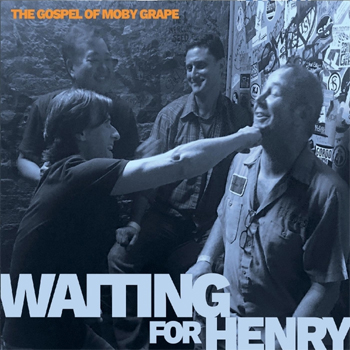 Waiting for Henry – The Gospel of Moby Grape
As a serious fan of the star-crossed band name-checked in the title, I had to check this out. Plus, I dug WFH’s last album. This six-song EP was produced by the Replacements’ Tommy Stinson, and that band’s noisy yet melodic aesthetic is in evidence here as well. Like the great Grape, Waiting for Henry combines countrified textures with straight-ahead rock, sounding a bit like Gin Blossoms crossed by Soul Asylum in the process. As much as I enjoyed Mitch Easter’s production on 2016’s Town Called Patience, this EP’s more rough-hewn approach portrays the band in an even more appealing light. 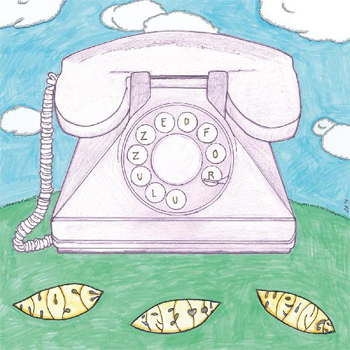 Those Pretty Wrongs – Zed for Zulu
When I heard Those Pretty Wrongs’ debut album, I wondered how much of the crdit went to the duo’s Luther Russell: it sounded a lot like Jody Stephens’ old band, Big Star. I’ve since heard Russell’s stellar solo work, so I know he deserves equal praise. This album represents a logical follow-up to TPW’s debut. Kindred spirit Chris Stamey provides a 3rd/Sister Lovers-evoking string arrangement for “Tonight, Tonight, Tonight,” but the whole album is a beauty. The jangle quotient’s high, as it should be. Emotionally resonant, timeless music like this is just the palliative we need in these trumpled times. 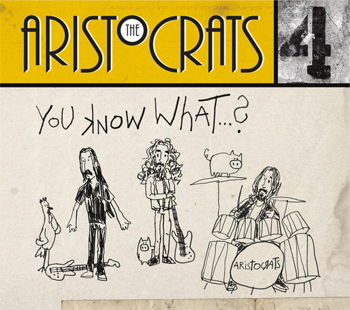 The Aristocrats – You Know What…?
Ask serious fans of rock guitar who the hottest player today is, and Gurthrie Govan’s name is sure to be mentioned. Along with two other musicans of head-spinning ability (drummer Marco Minnemann and bassist Brian Bellar), the aptly-named Aristocrats (almost) set aside their prog predilections, instead cranking out thunderous, funky rock. Imagine jazz players with a baaaaad attitude full of pent-up aggression. Now give them a bratty sense of humor. Ladies and gentlemen, the Aristocrats! The album displays technical brilliance paired with memorable melodies, and no vocals to distract from the fireworks. Air guitar/bass/drums not included, so bring your own. 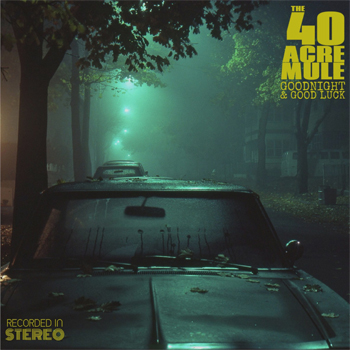 The 40 Acre Mule – Goodnight & Good Luck
Time was, music wasn’t sliced and diced into subgenres. Today’s best country, blues, r&b, soul and rock artists can all trace their musical lineage back to artists doing important work in the early ’50s (you know their names by now). 40 Acre Mule draws from the same tradition, but does so as if all those subgenres never came about. It’s just straight-ahead, hard-charging whatever-you-wanna-call-it. This album should appeal equally to fans of the Misfits, Johnny Cash, John Hiatt, Otis Redding, JD McPherson, Led Zeppelin and Elvis. Look elsewhere for subtlety, these guys have come to rock. And also to roll. 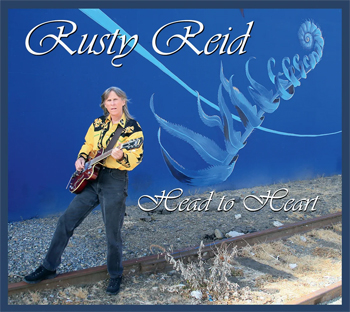 Rusty Reid – Head to Heart
Protest music doesn’t have to be acoustic folk or angry rap. Though there’s nothing wrong with those approaches, Rusty Reid’s chosen method of expression on this album he describes as “a revolutionary manifesto in song” is different. Shimmering guitars, a chugging rhythm that often suggests Traveling Wilburys, and a a clear voice are just some of the hallmarks on Head to Heart. Reid’s not afraid to express his point of view in song; it’s a perspective gained by living through the sixties and spotting troubling parallels in today’s world. “The universe does not give guarantees,” he sings. But he’s optimistic. 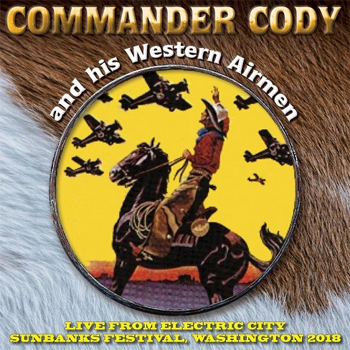 Commander Cody and his Western Airmen – Live from Electric City
Combining a sort of loose-limbed Grateful Dead aesthetic with a musical approach that owes a great deal to Texas swing, Commanded Cody and the Lost Planet Airmen delighted fans for years. These days Cody’s band is called His Western Airmen, but other than that, the music’s in that tradition. His style owes as much to Louis Prima and other pre-rock acts as it does to early Sun Records 45’s. The band is clearly having a good time. A nice mix or originals and classics (“Boogie Woogie Country Girl”) add up to a rollicking good time, captured live in September 2018. 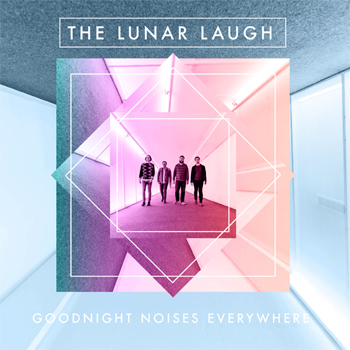 The Lunar Laugh – Goodnight Noises Everywhere
Deeply dodgy design choices aside (the album page’s white-on-nearly-white color scheme means that you won’t be able to read the credits), this is a fine album of mid-tempo music. I hear hints of Klaatu, the Left Banke, and other fussy (but not too fussy) artists in the tradition of the Beatles’ fertile mid-period. Some of the song may remind listeners of Jellyfish’s lighter moments. The band members come off as a happy, well-adjusted bunch. And the production aesthetic is spotless, perfect for these poppy, cheery songs. The lyrics may not be poetry, but they’re easily a notch above the norm. 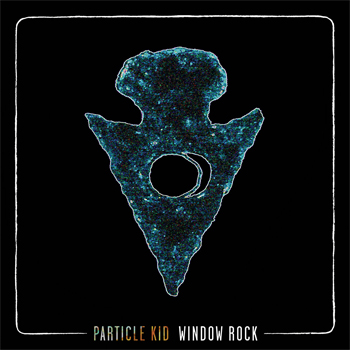 Particle Kid – Window Rock (LP)
Particle Kid is the nom de musique of one J. Micah Nelson. And yes, yes: he’s Willie’s son. But the similarity ends with the surname. This album is full of electronic textures (think Radiohead) and thunderous guitars (think Nirvana). And those are set against drum machine beats and a hoary folk sensibility that manifests itself in Nelson’s vocals. The album is deeply textured; “Backwards” suggests what Pete Yorn might sound like if he rocked really hard. “Radio Flyer” sounds like Nelson absorbed some early ’70s Crazy Horse influences but added a stronger melodic sensibility. Six albums in and going strong. 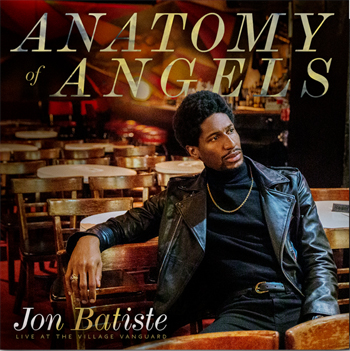 Jon Batiste – Anatomy of Angels
This piano-led jazz outing is equal parts instrumental prowess and joyous musical expression. Composing and playing jazz in 2019 that sounds and feels like classic jazz is no easy task, but Batiste does so with seeming ease; the aptly-named “Creative” moves through a number of motifs while hoding together seamlessly. And it feels right at home alongside a reading of Thelonious Monk’s “Round Midnight.” The listener discovers at the close of the first track that it’s a live recording. While the production values are crystalline, the performance breathes with the vitality that comes from playing in front of an audience. 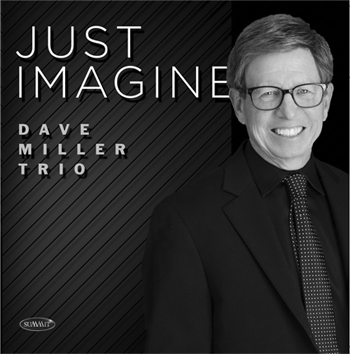 Dave Miller Trio – Just Imagine
In the right hands, there’s no limit to what can be done with a basic jazz trio of piano, upright bass and a drum kit. And while the Dave Miller Trio isn’t setting out to light the world on fire, their new collection of covers (standards and lesser-known composition) is a tasty treat. Miller is an unashamed disciple of the George Shearing style of pianistic interaction; one could do far worse. (These songs were all in Shearing’s repertoire.) The band sounds as if they’ve played together all their adult lives. Drummer Bill Belasco and bassist Chuck Bennet are simply sterling.