Black Joe Lewis knows that he musical path he has chosen is a difficult one. In the face of machine-generated pop and a society that seems increasingly afflicted with attention deficit order, the soul-funk-blues of Black Joe Lewis and the Honeybears can seem out of place. But the Austin musician follows his muse wherever it takes him.

Black Joe Lewis & the Honeybears first broke out nationally in 2007 when they landed an opening slot on tours with Spoon and Okkervil River. The band earned positive notices for that year’s self-titled debut full-length album, and it seemed that there was no end to the press coverage. But as often happens in the life cycle of a band, all of that began to slow down. 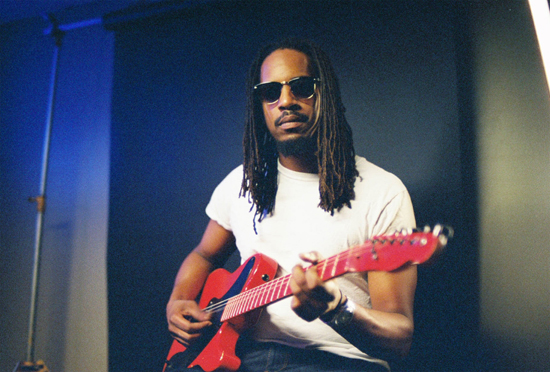 “When we first started, we were in all the publications, we were on TV and stuff,” Lewis says. “And at that point I was like, ‘Man, we haven’t even really done anything yet!’ But that’s how this industry works. Once you start making quality work and you’ve been around forever, nobody really cares because you’re just not new any more.”

Lewis points out the disposable nature of pop, one that seems to have planned obsolescence built into it. “Your biggest pop stars right now – the ones who have come up with in the last four or five years – are all people who have gone viral,” he says. “They got one thing and that’s it. But they’re huge. It’s like society’s super ADD.”

Lewis believes that an emphasis on all things new is ingrained into the collective pop culture psyche. “People are so quick to forget about things nowadays,” he says. “Back in the day, people would kind of retain things longer. So, now you’re trying to constantly figure out ways to stay on the road.” He acknowledges that “you can’t really go out when nobody’s thinking about you. So we’re all having to put out records over and over and over again.”

Though that comment might make it seem that Lewis doesn’t enjoy making records, that’s not the case. Along with a raft of original compositions, The Difference Between Me & You features a reading of Wilco’s “Handshake Drugs.” It’s a reinvention that owes as much to the style of Creedence Clearwater Revival as to anything else. Lewis recalls the moment when he decided to add it to the album. “This is a good cover,” he thought. “Because it’s different from what we [usually] do, we can put our own spin on it.”

The unique spin is a product of of Lewis’ unusual musical journey. He grew up in Texas on a steady diet of hip-hop. “My dad always hated that,” he recalls. “He thought it was stupid.” Instead, the elder Lewis tried to turn his son onto rock groups like Nirvana. But that presented its own problems.

“When I was younger, if you were a black kid trying to listen to rock and roll, you just got fucked with,” he says. “If you played the guitar or if you had a skateboard, everyone was like, ‘Oh, this is white dude shit.’” From his perspective, things are different now. “The younguns have gotten more open minded over the years,” he says.

Lewis taught himself to play guitar and started hanging out with musicians. That led to his discovery of the blues. “I’d already heard the blues before through my uncles,” he admits, “but I didn’t really pay attention. Because that was, like, old people stuff.”

When Lewis started writing his own material, his take on the blues reflected the influence of the more modern styles that had informed his musical sensibility. The result was something updated, something unique. And for his efforts he has gained a solid following. His 2017 album, Backlash, entered Billboard‘s Top Blues Albums chart at the #3 position.

Lewis remains sure of his musical approach, but concedes that it’s out of step with mainstream culture. “I’m a bluesman in 2019,” he says. “We’re obsolete. We’re playing instruments; the biggest music right now doesn’t have instruments.” He lets out a hearty laugh. “It’s like we’re still fucking with green-screen computers; you know what I’m saying?”