Confusion: A Look Back at ‘Identity’ by Zee (Richard Wright and Dave Harris) 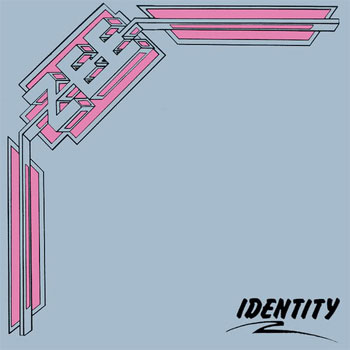 Pink Floyd keyboardist Richard Wright was not what one would call a prolific artist. While he composed some superb songs for the Floyd – The Dark Side of the Moon‘s “The Great Gig in the Sky” most notable among those – he didn’t churn out a great deal of music. During a period of minimal band activity, he recorded and released a solo album, 1978’s Wet Dream, a collection of all original songs. But he wouldn’t follow that album up with another solo release for some 18 years; Broken China (his final solo project) was released to little fanfare in 1996.

But in between those two projects, Wright did in fact record and release another project. Though it would be greatly overshadowed by both band mate David Gilmour’s hit LP About Face and former Pink Floyd bassist/lyricist’s The Pros and Cons of Hitchhiking (both released in 1984), a collaboration with new wave musician Dave Harris yielded Identity, credited to Zee.

A radical departure from Wright’s deeply textured, often glacially-paced keyboard stylings for Pink Floyd, Zee was a project much closer in spirit to acts like Orchestral Manoeuvres in the Dark and Depeche Mode. The eight songs on the LP were all co-compositions by Wright and Harris, with lead vocalist Harris writing all the lyrics.

There are very few guitars on Zee’s Identity; nearly all of the instrumental sounds are the product of the Fairlight CMI, a then-revolutionary synthesizer introduced in 1979. A digital sampling and playback unit that’s primitive by today’s standards, upon its introduction the Fairlight was a groundbreaking music tool. Artists like Peter Gabriel, Kate Bush, Stevie Wonder and Yes keyboardist Geoff Downes had already made extensive use of the machine both in the studio and in a live context by the time Identity hit record store shelves. As a result, the novelty of its use had essentially worn off by 1984.

Fans of Pink Floyd wouldn’t have found much of interest in Identity; songs like “Confusion” (the album’s opening track and single) are catchy enough in a dated ’80s kind of way, but none of Pink Floyd’s sonic hallmarks are in evidence. The stiff, programmed electronic percussion places Identity firmly and inextricably in the middle 1980s. To listeners of that time, the synthesized brass sounds might have been intriguing; today they sound sterile and inauthentic.

“Voices” does contain hints of Wright’s atmospheric style; its moody, minor-key introduction provides a kind of sonic link between Animals-era Pink Floyd and some of the sounds Wright would introduce on Pink Floyd’s return to active duty, 1987’s A Momentary Lapse of Reason. Some of the song’s murmuring background textures evoke Waters’ solo work, but the tune itself is comparatively slight, lacking a strong hook.

“Private Person” lurches back in the direction of robotic dance music; occasionally interesting keyboard runs only slightly enliven a bloodless composition. The lengthy “Strange Rhythm” sounds almost like a parody of the world-music styles artists like Gabriel and David Byrne were introducing to popular music at the time. Harris’ over-emotive vocalisms ape the style of Ultravox’s Midge Ure, and heavy-handed percussion threatens to obliterate what scant melody does exist.

“Cuts Like a Diamond” unfolds slowly, an approach that served Pink Floyd well on epic cuts like “Shine On You Crazy Diamond.” But by modern-day standards, the sounds used in the piece are relatively uninspired and one-dimensional. A guitar solo by Harris adds some welcome variety to the song, but the synthesized horns and drums offset whatever humanity the guitar might have added.

“By Touching” is – one supposes – another cut designed for the dance floor. Robotic voices float in and out of the mix, but in the end it sounds like nothing more interesting than a Human League outtake. “How Do You Do It” features what’s perhaps the most interesting melodic line on all of Identity, set against a relatively kinetic rhythm. But like everything else on the album, it’s frozen in time, and hasn’t worn well. Its style is quite similar to what listeners would find on 1985’s Love Bomb, the Tubes’ final major-label release produced by Todd Rundgren. But while Love Bomb, too, was stiff and sterile, at least it had a soulful character in places. Identity lacks the character its very title suggests.

Zee’s Identity concludes with the atmospheric “Seems We Were Dancing.” Like “Cuts Like a Diamond,” it starts in subdued fashion. Unfortunately, the track fails to go much of anywhere. The sampled keyboard textures offer little the listener hasn’t heard on the previous eight tracks; by this point those sounds have worn out their welcome.

A dreadful, clattering dance-styled number, “Eyes of a Gypsy was rightly relegated to the b-side of the “Confusion” single release. It was featured as a bonus track on the cassette release of Identity. 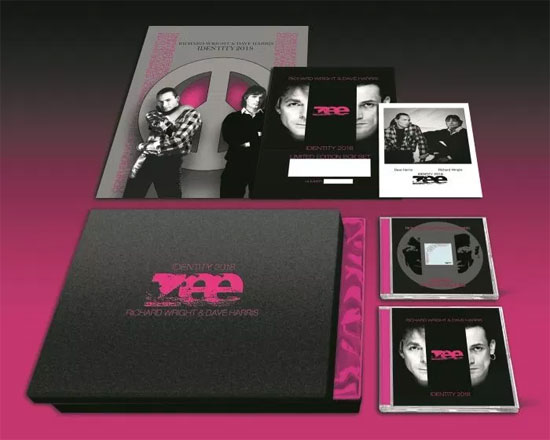 In an era when most everything left in the can eventually gets the deluxe reissue treatment, Identity was released in remastered, expanded form in May 2019. Early mixes, dance remixes and demo versions were appended to the original version, and new artwork replaced the original LP’s uninspired art. The promotional material for the Identity reissue unearths some quotes from both Wright and Harris commenting enthusiastically on the project, but in a 1994 interview (done in connection with the release of Broken China), Wright admitted, “I always describe [Identity] as an ‘experimental mistake.’” Commenting on the Fairlight used to make most of the record’s sounds, he said that it was an “amazing machine at the time; but … now seems rather dated.” Most listeners – Pink Floyd fans or not – would have agreed.

Some three years after the release of the non-charting Identity LP, Wright joined David Gilmour’s reactivated Pink Floyd; since A Momentary Lapse of Reason was nearly finished, Wright did not contribute any songwriting to the session. But by the time of 1994’s The Division Bell, Wright’s muse had returned. With songs very much in the style of peak-period Pink Floyd, the album featured five songs co-written by Wright, including a pair of instrumentals, “Cluster One” and “Marooned,” that vividly evoke the style and spirit of that band’s classic era.