Home  »  book • interview • new release • new wave   »   A Conversation with Laura Davis-Chanin, Author of ‘The Girl in the Back’ (Part Two)

A Conversation with Laura Davis-Chanin, Author of ‘The Girl in the Back’ (Part Two)

I thought that your citing the Rashomon effect was really effective. Since the book has come out, have you heard — either directly or indirectly —from any of the characters in it that, “Hey, that’s not the way I remember it”?

Oh, my God. You have no idea. We had a release party for the book in July, and everyone in the band was there. I have to say, in the course of me writing the book, this is why I was very careful and very specific about footnoting about what people remember if, in fact, it was different from what I remembered because nobody’s memory is the same, right?

And this is true in life. There was a movie made, maybe six, eight, ten years ago, maybe less, about an assassination that takes place in Italy. Rome, I think. They film it from about six different people’s perspectives, and everybody sees it differently. Everybody experiences it completely differently.That’s the thing about memory when you’re dealing with multiple people.

So this was a big issue and it became an issue while I was writing the book. And I remember one particular instance where I was writing about this scene: we were living on Perry Street in the Village. I was staying in this apartment or basement storage place…

Oh, sure. Owned by the guy from the Lovin’ Spoonful, yes. 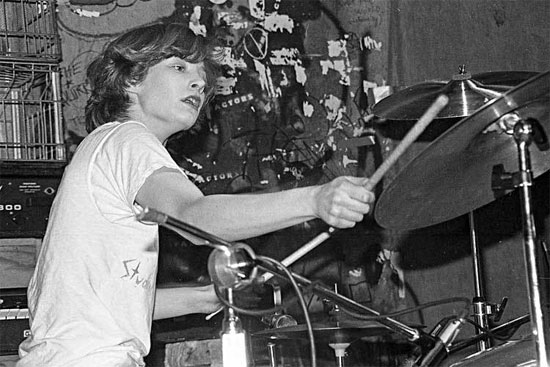 Yeah, Joe Butler. So, I was staying there and there was an evening where we were all there; everybody in the band was there hanging out because we were all like family anyway. We were watching the Jan and Dean movie, and then we drove over to David’s car to Max’s Kansas City to go have a hang out, a drink or whatever. And my memory of what happened is very different from everybody else’s memory, and everybody else’s memory is very different from each other. And we had a very, very violent, practically fiery debate over email about what happened. “That’s not even what happened. We didn’t do that. We didn’t skirt that way. We didn’t hit that.” Because it was snowing and we had a little bit of a car crash or car whatever.

And this actually came up at the release party. I don’t know if somebody asked us about it or something, but I think Philip, the guitar player, brought it up. He brought up the fact that there were and still are disagreements as to the way certain things happened, the memories of certain things happening, and that’s why I tried to put in that concept of the Rashomon effect and put it in the footnotes. I don’t think that’s just a matter of the fact that we’re many years away from that time. Even if it was ten years ago, we’d probably remember it differently.

I was very committed to doing it that way because I recognized, as I was talking to them and as I was writing it, that we all remembered it drastically differently in some incidences. Like after the Palladium gig when we were at Jimmy’s and my apartment, and Bowie and a couple of other people were there. David was there and I think Philip was there; I can’t remember now, myself. And the phone call came in from the people at RCA offering us a contract, and Bowie urged us to turn it down. Anyway, everybody remembers that differently.

So, I have to say, that was a difficult thing, but then I came back to them and I said, “Look, bottom line, this is my story. So, I’m going to recognize everybody else’s as much as I can,” and that’s what I did. You can only do so much.

You have kids. To what degree do they know their mom’s history as a musician?

I don’t know how much they do know. I mean, honestly… how do I describe this? After the book came out, I was asked by my doctor at Mt. Sinai to do a couple of speaking engagements to people in the MS and medical community. I was happy to do that, and one of the things that she’d always said to me or she did say to me was, “You know, you never said a word about your background in rock and roll, about knowing Bowie, about working with Blondie.” And she’s right. And other people in other areas of my life have said this to me too: “I had no idea.”

And this goes to the question about my kids; it really does. I have found, in the course of my life, that when I’m leaving a world, I’m shutting the door. It’s done. It’s finished. It’s over. For most normal people — not myself, because I’m not in that normal range —that to them is a memory that they would tell people about, or ruminate or whatever. But what I did, and unfortunately still do, is when I shut a door, I shut the door and it’s like it never happened.

So, not only did I not tell people I knew that were contemporaries, but I didn’t tell my kids about my background. They’ve certainly learned about it in the last year or two years, in the course of this book. They were at the release party and everything, and they’ve learned a lot. My youngest daughter read it; my oldest daughter is not hot on reading it yet. I’m not sure why.

So they’ve learned a lot, but it’s been in the course of my writing this book, not before.

What are some of the takeaways you have from the part of your life chronicled in the book?

There are a lot of takeaways. Well, I did write about the effect of rock and roll. In other words, I don’t like to just focus on it only being rock and roll, but there is a large partying, drugs and alcohol quality to rock and roll. And many other worlds we know, but definitely rock and roll. That’s just sort of written into the pattern and into of the reality of it. One of the takeaways from that is that was an unfortunate part of it that’s affected a lot of people I knew then. And it still does. And that’s worrisome and unfortunate.

Obviously, with Bowie, the minute I even mention his name, my heart just expands. I’m just so grateful for having that opportunity to know him and talk with him and just learn from him. He was a very unique person. I’m playing with the idea, at the moment, about writing a book about his childhood because not much is known about it. There was that show David Bowie Is, which was at the Brooklyn Museum. It started in London and it went all over, and it was at the Brooklyn Museum for a couple of months last summer and I remember going there to see it. And one of the things that struck me is that they did very little about his childhood.

There’s a book that was written about him called Starman. And at the beginning of the book … I don’t know if it’s a quote from him or a statement about him … but one of the reasons you don’t know a lot about his childhood is he didn’t like to remember things. When something is finished, it’s finished and he just didn’t want to know from it again … particularly his childhood.

I’m so grateful that I knew him and that I have this opportunity to really have that energy left with me. And it’s a beauty that I’m just so lucky and so thrilled to have been connected to at some point in my life.

The other takeaway that I wrote about is–obviously, I wrote about Jimmy, and Debbie [Harry], and the band and everything. I did talk to Debbie after the book came out, and she just loved it, which was really nice. But it’s unfortunate about Jimmy. I haven’t talked to him since the book came out. I don’t know how he felt about it. I can’t imagine he felt good, but so I’m sort of sad about that. The last time I saw him was probably about ten years ago, and unfortunately he was still doing drugs and ruining his life. But he’s gotten over that. He’s doing better now.

Anyway … what else did I take away? Well, I wrote about the MS thing, and I hope that it came off that it’s not a life-ender. It’s just part of life. It’s just something that’s part of life, like many things. Like one’s blue eyes. I always say to people, when they ask me about it, I say, “My MS is like my blue eyes. It’s just a part of my life.” So, life goes on and you continue to live your life and you live it to the most and best that you can. And if you can, not let something like that bring you down.