Even More Hundred-worders for May 2019

I’m determined to keep my backlog of music-for-review to a manageable size. Making that happen means that once again it’s time for ten of my quickie reviews. So off we go. These are all new or very recent titles of new music. 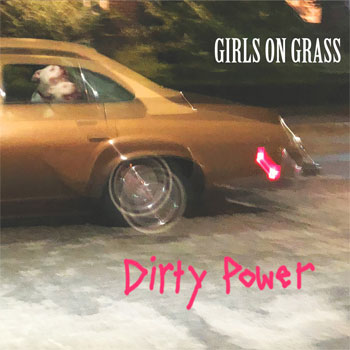 Girls on Grass – Dirty Power
I really like this record. Right off the bat I hear strong echoes of everything from The Swimming Pool Q’s to Richard and the Young Lions to the Bangles to The Jam. Songwriter and lead vocalist Barbara Endes knows her way around a catchy tune; the Brooklyn based quartet has the melody of the Cowsills crossed with the power of Smithereens or Grip Weeds. Yes, I know that’s a lot of names to throw at you, so here’s another: Byrds. Chiming Rickenbackers help make this timeless music have echoes of the ’60s, but it’s firmly rooted in here and now. 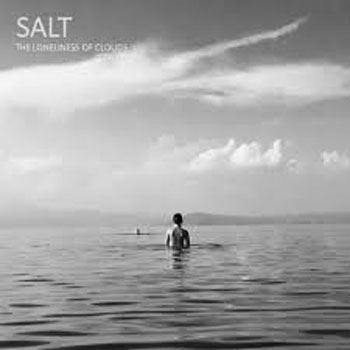 Salt – The Loneliness of Clouds
Let’s begin by acknowledging that the term supergroup is applied too often for its own good. With that out of the way, you need to know that Salt features Posies’ Ken Stringfellow and psychedelic powerpop auteur/expat Anton Barbeau. It also includes a pair of French musicians, Stéphane Schück and Benoit Lautridou plus associate Fred Quentin. Imagine the best qualities of Barbeau’s wonderfully idiosyncratic approach wedded to the oomph of Posies at their rockingest. Now add a previously unknown quantity: Schück’s high quality songwriting. The result is a must-have for fans of the better-known musicians. Somehow quirky and straightforward at once. 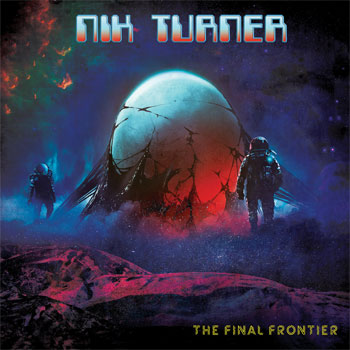 Nik Turner – The Final Frontier
Attempting to disentangle the body of work and/or the lineups of Hawkwind and its associated projects is a fool’s errand, best instead to enjoy the music on its own terms. A longtime figure in that saga is saxophonist, singer and general odd dude Nik Turner. He’s experiencing something of a late-period renaissance, teaming up with members of American(!) krautrock band Hedersleben. Combine the willful weirdness of Turner’s space-rocking tunes with the insistent and slightly menacing approach of Nicky Garratt, Jason Willer and Kephera Moon (plus others within the Cleopatra Records orbit) and you end up with this delightfully whacked-out gem. 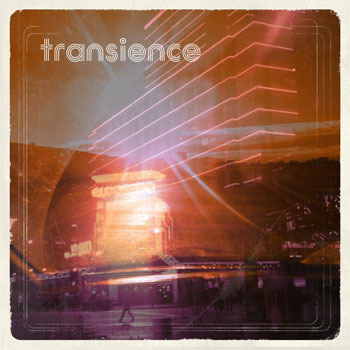 Wreckless Eric – Transience
If your knowledge of and exposure to Wreckless Eric begins and ends with his Stuff Records single “Whole Wide World,” then you’re missing out. He’s a songwriter of the highest order, and deserves mention whenever the discussion includes names like Nick Lowe, Elvis Costello and Graham Parker. Of course he’s far less well known than those artists, but his body of work is rich with gems. His voice has strong echoes of Robyn Hitchcock and Rick Corcoran of Orange/Orgone Box. And his instrumental approach sometimes recalls Martin Newell. Transience is a must-have for fans of any of the aforementioned artists. 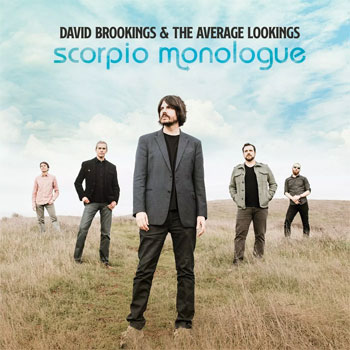 David Brookings & the Average Lookings – Scorpio Monologue
As I’ve mentioned before, it seems that far too many artists working in the powerpop idiom seem not to know any minor chords. I mean that metaphorically, but there’s some actual literal truth to it as well. On Scorpio Monologue, Brookings – whose work I’m already predisposed to dig – explores the melancholy and thoughtful side of the subgenre. And the already solid music is better for it. I hear subtle shades of the sadly departed Tommy Keene within Brookings’ songs, but his style doesn’t overtly borrow from anyone. If powerpop is your thing, this album is a necessary purchase. 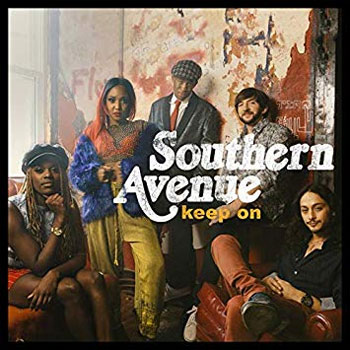 Southern Avenue – Keep On
In music, any mention of Memphis is handy shorthand for a gritty kind of music with a high authenticity quotient. Whether it’s Booker T & the MGs or Big Star or Scott Bomar’s Bo-Keys, it’s the real deal. That’s true also of a newer group, Southern Avenue. Digging into a style that will remind listeners of both Amy Winehouse and Sharon Jones, Southern Avenue make slinky, soulful sounds that plant one foot in Memphis’ rich musical culture, the other in a modern sensibility. The grooves are deep, the singing’s hypnotic, and the licks are tasty. They’re currently touring the world. 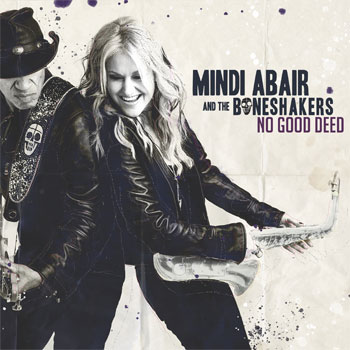 Mindy Abair & the Boneshakers – No Good Deed
Too often, blues rock draws from the weakest and least original parts of the hybrid genre’s concomitant parts. Singing saxophonist(!) Mindi Abair and her band sidestep that pitfall, with a sound that recalls Godfathers and David Essex (what? No, really) on No Good Deed. The musicians may have a blues foundation, but the songs are gutsy, tuneful rockers. Their stinging cover of the Rascals’ “You Better Run” will make you forget Pat Benatar’s version. “Sweetest Lies” serves up some smoky late night blues. “Good Day for the Blues” hand jives its way into your heart. It’s a pleasingly varied release. 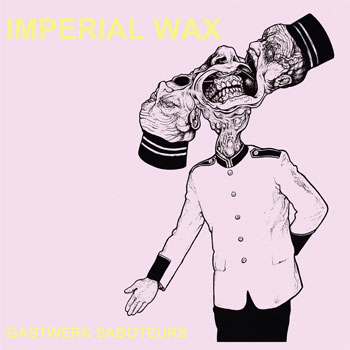 Imperial Wax – Gastwerk Saboteurs
As New Order rose from the ashes of Joy Division, Imperial Wax chronicles the further adventures of the members of the Fall remaining after Mark E. Smith’s death. The jagged, noisy Fall approach remains but the songs lean in a slightly more melodic direction. If the Sex Pistols had been better musicians and songwriters, they might have sounded a bit like Imperial Wax. Songs like “The Art of Projection” are built on a spiky, hypnotic riff that lodges itself in the listener’s brain. The band sometimes gets indulgent – as on the ten-minute “Rammy Taxi Illuminati” – but it works. 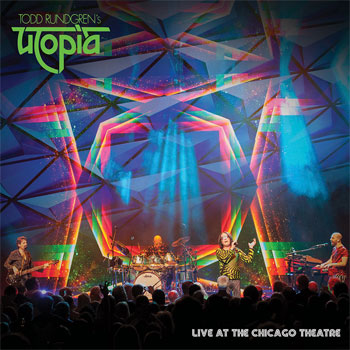 Todd Rundgren’s Utopia – Live at the Chicago Theatre (2CD + DVD + Blu-Ray)
One of rock’s most unlikely reunions, the four-man Utopia reconvened in 2018 (with the late addition of Gil Asayas filling in for Roger Powell). There were never any plans for new music – no time, really – but this document of the tour is a nice souvenir. It tells the tale for those who missed the shows, and reminds those who were what the fuss was all about. The setlist is loosely chronological, running from Mahavishnu-styled prog to powerpop, with ballad stops along the way. Hardcore fans will quibble over what they skipped, but it’s all killer and no filler. 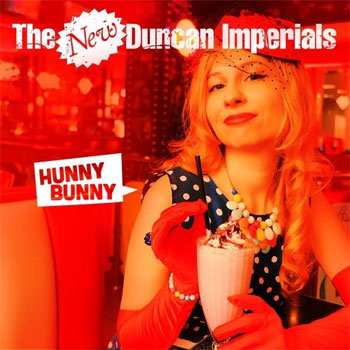 New Duncan Imperials – Hunny Bunny EP
Frank Zappa once asked rhetorically, does humor belong in music? The answer for him, the Tubes, Southern Culture on the Skids and select others is “Hell, yeah!” But the funny only works if the music is solid. On this quick and tidy EP, it does. Few bands move in so many directions in the course of five tunes. Fewer still carve out and hold together an identity in the process. These guys do. Head-nodding riff rock, country, Dead Kennedys-style punk … they do it all with – if not exactly style – then verve and wit. And it’s all funny.