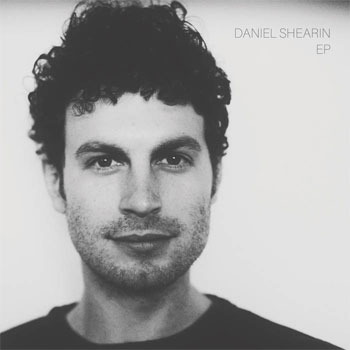 Ask most any musician and they’ll tell you: in many ways, performing with a band is easier than playing solo. There’s a safety-in-numbers characteristic to playing as part of an ensemble; not to put too fine a point on it, but it’s easier to hide among a stage filled with other people, musical instruments and sound gear. There’s a nakedness to performing solo.

That same concept holds true when it comes to making a recording. A multilayered song arrangement – one that fills in the spaces – can be wonderfully textured, but it also provides a kind of safe space for the musicians involved. Creating a recording full of “air” – open sonic spaces – can present a kind of unvarnished aural portrait of the artist. It’s essentially the opposite of applying Autotune to one’s voice.

On River Whyless multi-instrumentalist Daniel Shearin’s eponymous EP, the Asheville musician chooses the more difficult path, and its rewards are many. The five-song collection explores an intriguing and often unexpected palette of sonic textures.

“Dotted Lines” opens the EP with a wash of sound that might be synthesizer and voice. It also might be a harmonium and other Indian instrumentation. Perhaps it’s all of the above. It’s initially difficult to tell; that fact underscores the point that it’s often now what tools a musician uses that matters, but how they are applied to the task at hand. The hypnotic, nearly static introduction to the song wraps itself around the listener. Once the song-proper opens up, it reveals a voice-and-guitar arrangement. But Shearin leaves wide spaces in the arrangement; the result is crystalline, fragile and emotionally enveloping. His rich voice soars above the gently picked guitar. The droning sounds of the introduction slip in almost perceptibly under the primary sounds.

“Living Proof” is more straightforward in its approach. Shearin’s vocals are treated with less of the cavernous echo that characterized the opening track, and the guitar is more insistent. As the song develops, Shearin adds more elements, but interestingly, they’re essentially more of the same: more acoustic guitars, more vocal harmonies. The effect is to heighten the emphasis of those instruments without distracting from them. Toward the song’s end, another instrument – possibly a Japanese instrument, maybe something from the Appalachian musical tradition – plays a repeated figure.

“Blue Ridge Range” builds upon the established approach: a mix of electronic and acoustic instruments, subtly applied as a backdrop that showcases Shearin’s breathy, unhurried voice. Bits of percussion and white noise are perceptible; they exist seemingly as near-subliminal elements, designed to color the sound without intruding upon it. Shearing makes interesting use of changes in volume; the instrumental accompanies seems to swell with emotion.

Just when one thinks they’ve got Shearin’s EP figured out, “Take Me Somewhere” changes the rules. A heavy drumbeat forms the foundation of a shimmering arrangement complete with sheets of keyboard sounds; Shearin’s melody sounds feels like a more pop-leaning rethink of Fleet Foxes. A mid-song break applies a more subdued character; all of the song’s components add up to the EP’s strongest track.

The EP concludes with”Buckets of Rain,” a pretty, homespun tune that sounds like a playful folk-pop ditty from years past. All of the sonic elements peppered throughout the record have been stripped away, once again bravely leaving only a man, his voice and his guitar. And that’s enough.