How You Gonna See Me in 40 Years: a Look Back at Alice Cooper’s ‘From the Inside’ 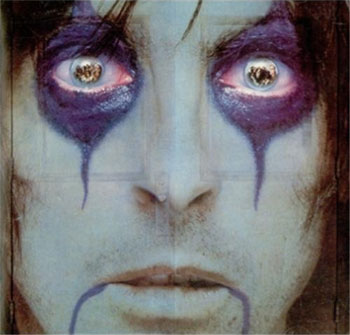 Alice Cooper (the individual born Vincent Furnier, not the band) was a notorious carouser and a founding member of the Hollywood Vampires softball team/drinking club. Cooper was part of the ragtag and debauched collective of idle rich rock stars who frequented Los Angeles bars and clubs; that motley crew also included – at various times and to various degrees – Harry Nilsson, Keith Allison, Ringo Starr, Micky Dolenz, John Lennon, Jesse Ed Davis and others.

But as the ‘70s wore on, the excesses of that era began to recede into the past; most of the Hollywood Vampires cleaned up their act and/or faded from view. For his part, Cooper – who had jettisoned the group from whom he took his name in late 1974 – continued with a solo career, and embarked on the first of several rehab programs (he’d eventually succeed in conquering his addictions by the 1980s). His time spent in a sanitarium in New York would provide fodder for the songs on his 1978 LP From the Inside. Working primarily with longtime Elton John lyricist Bernie Taupin, Cooper crafted a collection of songs for his 11th album, released in November ‘78.

Having left behind for good (or at least until some brief latter-day reunions) the band/group approach of albums like School’s Out, for From the Inside Cooper enlisted the aid of the Elton John Band (sans Elton) and a coterie of crack L.A. session players. Among the latter were bassist Leland Sklar, Toto’s Steve Lukather and Steve Porcaro and producer/keyboardist David Foster. Also on the instrumental side, longtime associate and lead guitarist Dick Wagner cowrote most of the music with Cooper.

The songs on From the Inside don’t exactly sound like Elton John tunes, though straightforward keyboard sounds are liberally scattered across the album. “From the Inside” sets the tone for the record; it’s a first-person narrative sung from the point of view of one of the asylum’s inmates (so to speak). A chugging, disco-influenced beat propels the song forward, and a memorable chorus with massed backing vocals (credited on the sleeve as “The Totally Committed Choir”) feels radio-ready enough; it has more in common arrangement-wise with the showbizzy nature of 1975’s Welcome to My Nightmare.

“Wish I Were Born in Beverly Hills” is an uptempo power rocker that feels very much like a rewrite of Elton’s “The Bitch is Back.” Cooper’s vocals are occasionally lost in the mix. The ballad “The Quiet Room” aims for the vibe of “Only Women Bleed,” and finds Cooper singing – at least in the verses – in a crooning style; that approach is far more effective than one might expect. Some interesting synthesizer flourishes enliven the arrangement.

“Nurse Rozetta” is one of the new instances in which From the Inside takes a lyrical approach similar to earlier macabre-style Cooper tunes. The song has a feel that would have fit nicely within the context of The Rocky Horror Show, though – as with most all of From the Inside – Cooper’s humorous bent is largely absent.

Marcy Levy – co-composer of Eric Clapton’s “Lay Down Sally” – engages in a duet with Cooper on “Millie and Billy.” It’s difficult to imagine fans of the raw, rocking style of hits like “I’m Eighteen” and “No More Mr. Nice Guy” going for this sort of proto-“Islands in the Stream” fare. Judged out of context and solely on its own merits, the tune is more successful; the string arrangement is simple yet effective. 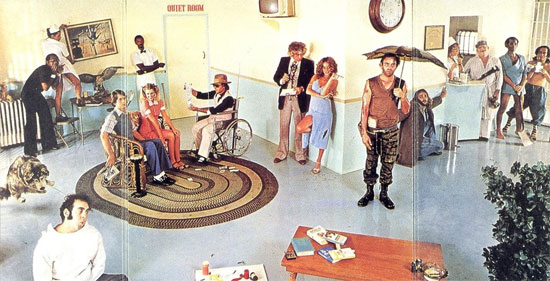 “Serious” turns the rocking quotient up, and the song – written by a committee of Cooper, Taupin, Foster and Lukather – seems to be aiming for hit single status (though it was never released as such). “Serious” is one of the better songs on From the Inside, but – perhaps showing Foster’s fingerprints – it does sound suspiciously similar to the Foster-produced 1980 Tubes album The Completion Backward Principle. (Notably, several Toto members took part in those sessions as well.)

“How You Gonna See Me Now” is From the Inside’s power ballad centerpiece. A nice enough committee-penned number, it’s heavy on strings (Porcaro’s synthesizer), piano and soaring “aahhhh” backing vocals. Apparently those involved in the track were so enamored of the “zap” sound Porcaro used on “The Quiet Room” that they encouraged its use here as well.

“For Veronica’s Sake” is a grab-bag tune that draws form the Elton John Band’s sonic style, vintage Cooper tunes and the showbizzy approach of Cooper’s more recent material. The song itself isn’t as interesting as its arrangement.

Perhaps befitting its relatively serious subject matter, From the Inside is long on balladry. “Jacknife Johnny” features gently picked guitar, splashes of female vocal harmonies and Cooper emoting earnestly. The churning gospel-flavored Hammond organ figures seem an odd choice when they first appear, but make more musical sense once Wagner’s soaring guitar asserts itself. Everything about the song seems designed for stage performance, but “Jacknife Johnny” was rarely (if ever) performed onstage.

The album closes with the heavily orchestrated “Inmates (We’re All Crazy).” Cooper begins singing in a whisper, punctuated by more orchestral flourishes and piano. The nursery rhyme feel of the chorus is in line with the theatrical nature of Cooper’s work, and while the song itself isn’t especially memorable, the arrangement is impressive, enlivening a standard-issue tune. The song – especially its final moments – is best enjoyed on a very loud stereo or through headphones. 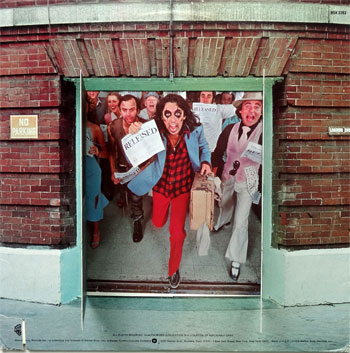 It seems Cooper has few if any memories of making the album; most critical accounts suggest he’s not missing much. From the Inside was not a commercial success; its chart performance (#60 in the U.S.) was his poorest showing to date as a solo artist, and it was his least-selling album since the original Alice Cooper group released the non-charting LP Easy Action in 1970. Of the two singles released from the album, “How You Gonna See Me Now” did make the Top 40 (#12 U.S.) but a single of the title track failed to chart at all.

Cooper’s next album, 1980’s stylistic left turn Flush the Fashion would briefly reverse the downward sales trend, but it wouldn’t be until the release of 1989’s Trash – by which time he truly had gotten clean and sober – that Cooper returned to chart prominence and critical appreciation.

For Cooper completists, From the Inside remains a necessary purchase (especially in its original LP format, with clever and inventive packaging). Those whose tastes center around Cooper’s early solo period will find much of the album enjoyable, though it pales in comparison to Alice Cooper Goes to Hell, released less than three years earlier. But for those who wish to follow and understand Cooper’s career arc, From the Inside – lyrically solid, but featuring arrangements better than the songs they support – remains a noteworthy piece of the overall puzzle.