Recording in Western N.C.
The industry has a long (if relatively modest and not widely-known) history in the region. In the earliest days of audio recording, a little-known recording device was transported all across the country—including Western North Carolina—and used to make scores of field recordings of folk and roots artists. Bernard MacMahon’s award-winning PBS documentary American Epic chronicles the history of that device. In 1928, Asheville lawyer and musician Bascomb Lunsford’s “I Wish I Was a Mole in the Ground” was one of the musical works captured for posterity.

Yet decades later—when the garage rock wave spread across the country—musicians in Western North Carolina didn’t have local options for recording their songs. “There were no proper recording studios in Asheville during the 1960s,” says Vance Pollock, music historian, disc jockey at WSFM-LP (Asheville FM) and moderator of the “Carolina Rock ‘n’ Roll Remembered” Facebook group. 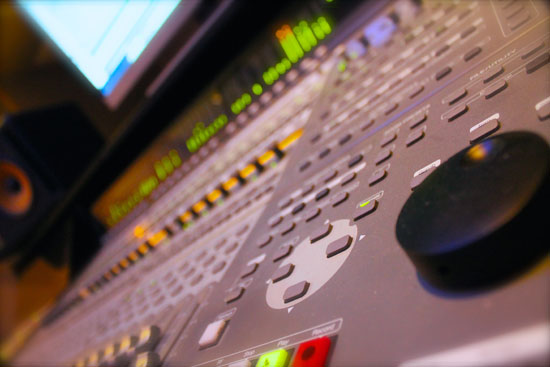 Pollock notes that a handful of primitive home recordings were made in and around Asheville during that period, but the closest thing to a professional session would have been the 1965 recording of “Don’t Be Surprised” and “Blue Blue World” made by garage rockers the Satyrs. Pollock says that those tunes were cut “after hours at Hi-Fidelity Sales, a home audio shop located where the ABC store across from McCormick Field is now.” Those performances were captured with just two microphones.

By 1969 Asheville was home to a semi-professional studio run by Chuck Taylor. His Taylor Made Studio consisted mostly of a four-track Ampex recording machine; the most well-known session to come out of Taylor’s studio was “Acid Raga” by Asheville psychedelic rockers Sunn Cycle.

So in those days, most musicians in Western North Carolina wanting to document their music on tape had to travel to larger cities. Many went to Arthur Smith Studios in Charlotte, the studio where James Brown cut “Papa’s Got a Brand New Bag,” and where beach music legends the Swinging Medallions recorded “Double Shot (of My Baby’s Love).” Pollock says that other options included Mark V Studios in Greenville, S.C. and Galaxie III in Taylorsville.

Professional-level local recording studios simply didn’t exist, Pollock says. “When an Asheville musician showed promise, they were usually lured away to larger markets such as Nashville, Atlanta or Memphis; the regional market was quite small.” Other than bluegrass, Pollock says that until Echo Mountain Recording opened its doors in 2006, “no local musical enterprise ever captured what might be called the Asheville vibe or sound.” And even if they had, few would have been “able to promote it on a viable commercial or popular scale.”

The success of Echo Mountain has helped put Western North Carolina on the map as a recording destination of some note; while a few studios (most notably Crossroads) had been in operation long before Echo Mountain opened, the last decade has seen a substantial increase in the number of quality audio recording studios in Western N.C.; there are nearly 20 professional-class studios in the region.

“People are making cool records on their own all the time now,” says Kenny Harrington, engineer at Echo Mountain. “But once they’re ready to bring their sound to the next level, a professional studio is where they need to be. Home setups still cannot compete with the acoustics, equipment, and experience of professional recording studios. 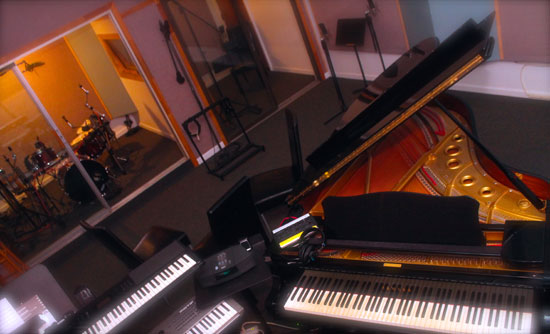 But Which Studio?
If and when an artist makes the decision to go the professional route rather than DIY, there remains the matter of choosing from among the variety of studios. Proximity is a consideration, but it’s probably not the primary criteria. For an Asheville-based musician, for example, the most distant studio in western N.C. would be Saloon Studios Live in West Jefferson. But even that represents a scenic drive of just over two hours each way. Most of the region’s recording studios are in or close to Asheville, Boone, Columbus or Hendersonville.

For most musicians considering a studio session, cost is often a deciding factor. Rates vary widely depending on the facility and services offered, but in general musicians can expect to pay anywhere from $20 per hour to to over $100 (most fall into the middle of that range). Most studios publish their rates on their websites, but because every project is different, there are exceptions. If the session calls for extra gear rental—say, a fully functional Hammond B3 organ like the ones at Echo Mountain Recording, something that a smaller studio might not own—then costs go up accordingly. Independent producer-engineer Sarafin says that in his case, “there’s no hourly rate; I sell my services, not time.” So like many producers and studios, he quotes on a per-project basis.

Nearly all of the studios in Western N.C. are single- or two-person operations; Echo Mountain and Crossroads have slightly larger full-time staffs plus part-time employees. Most note, however, that they also make regular use of session musicians working as contract labor.

One notable studio with a larger staff is Sedgwick Studios and its satellite facility, Artists International Songstage. Run by Jim Georgeson and recording artist Andrew Reed, Sedgwick employs five full timers and seven part-time staffers. Sedgwick is secluded deep on an expansive property in the middle of the Green River Reserve near Flat Rock. And the more accessible Songstage is “where we capture live performances,” says Reed. “It’s set up like the old Midnight Special TV show.”

In terms of facility, at the most versatile end of the scale is Echo Mountain Recording. Not only does the downtown Asheville studio feature four sizable main rooms for recording (one of which is an old church sanctuary with superb acoustic qualities), but the two-building complex features seemingly countless rooms, all of which serve dual purposes. For example, thanks to a complex custom wiring system, a bathroom featuring tiled floors and corrugated metal walls doubles easily as a recording booth with natural echo. Even the lounges and game rooms are set up for recording, meaning that Echo Mountain can accommodate most anything from a voice-over narration project to the Asheville Symphony.

Most studios are much more modest, yet they still offer isolation rooms for good sound separation, top-notch recording consoles and outboard effects gear. While most studios today offer a mix of digital and analog technology, a few of the larger studios feature full-analog recording on tape as an option.