Covering DVDs and Blu-Rays takes more time than reviewing albums; I have to set up in my living room, with a recliner, a couple of cats and (generally) a good Scotch In order to do so. So with a general yet heartfelt apology for the delayed nature thereof, here’s my take on five titles released in 2018. 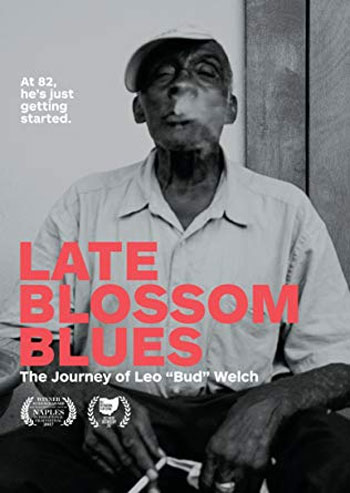 Late Blossom Blues: The Journey of Leo “Bud” Welch
The title of this documentary is especially apt: septuagenarian bluesman Welch was 81 when filming began. After a lifetime of playing guitar and singing, he was “discovered” by a Gulf War veteran and blues fan with absolutely zero management/promotion experience. But what Vencie Varnado did have was a belief in the specialness of the man from Mississippi, and a recognition that Welch was one of the few – very, very few in fact – authentic blues musicians still making music. This modest little film tells the story of how the two came to know each other and work together. It charts Welch’s rise from total unknown to celebrated artist, and includes lots and lots of live performance and conversation. Without the use of off-screen narration (a wise choice, that) the film elucidates Leo Welch’s inner tension between gospel and blues. To secular listeners and observers, the differences between the two might seem like so much nitpicking, but the film helps us understand why and how those differences exist and why they mattered to Welch. The man recorded but two albums before his recent passing; Late Blossom Blues makes it clear that – though I for one didn’t know it at the time, even when I interviewed him in 2014 – the plan all along was to create the two very different releases, one gospel, one blues. Welch’s religious convictions are treated respectfully and in the context of the story, and he reveals himself throughout to be a wonderfully sweet, wise yet simple soul who’s occasionally (and entertainingly) irascible. The love and respect he engenders from those around him is palpable in every scene; one never gets the sense that Welch is being exploited. Anyone who considers themselves a fan of authentic blues simply needs to hear Leo “Bud” Welch’s two records – Sabougla Voices and I Don’t Prefer No Blues – and this film is essential viewing. 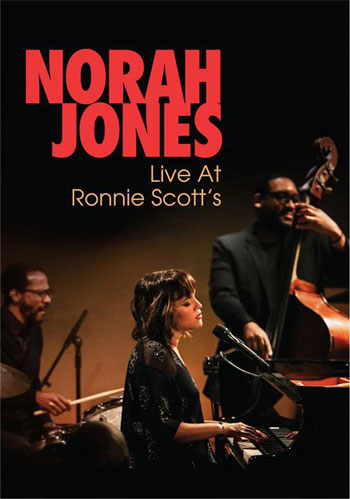 Norah Jones – Live at Ronnie Scott’s (DVD)
This is a beautifully filmed, masterfully recorded document of Norah Jones performing a concert in front of an intimate crowd at famed jazz haunt Ronnie Scott’s in London. With the most minimal setup – drums and bass (alternately upright and electric), Jones works her way through more than a dozen songs. The entire thing is delivered in style to an audience that is in turns respectfully quiet and rapturously adoring. Unfortunately for popular music in general, the popularity of Jones’ vocal style led to a host of imitators – none nearly as good, it should be noted – who have copied the most affected characteristics of her delivery and transformed it into something of a cliché. But that’s not Jones’ fault, and she shouldn’t be held responsible for such an unfortunate development. Her piano playing is subtle and expressive, and her vocals are in fact warm and inviting. Short of seeing Norah Jones onstage, Live at Ronnie Scott’s is the ideal way to experience her music. 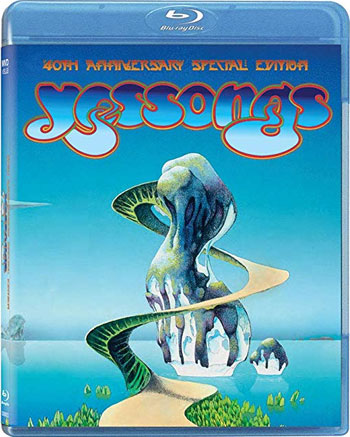 Yes – Yessongs (40th Anniversary Special Edition)
Back in the late 1970s and early ‘80s, the phenomenon of the midnight movie was alive and well. Then a teenager with a driver’s license, I took part in the tradition of venturing out on a Friday or Saturday night around 11 p.m., heading to one of a few select theatres that screened what are now known as cult films. Largely unseen (at least in those days) by a wider audience, the movies shown were titles like Pink Floyd at Pompeii, the Beatles’ Let it Be, The Zuckers’ pre-Airplane quick-cut comedy Kentucky Fried Movie … and Yessongs. The concert film captured Yes in all their glory, and although neither the screen resolution nor the audio were top-notch, it was highly entertaining for those of a prog mindset. When I learned that a new Special Edition was due on Blu-Ray, I had high hopes for improved audio and video. To my senses at least, those hopes have gone mostly unfulfilled. Yessongs is still a bit grainy and soft-focus, and the purported 5.1 audio mix yields little of value out of the three additional speakers. None of that takes away from the value of the film itself, and having it on Blu-Ray is certainly nice. Just know that other than some interesting bonus features (a Steve Howe guitar short from 1975, a 2012 retrospective mini-documentary), the Blu-Ray version is pretty much the same Yessongs I saw many times on the big screen back at the tail end of that decade. 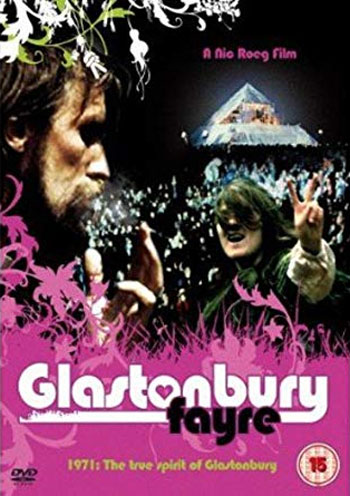 Glastonbury Fayre
In the wake of Woodstock, quite a few festival documentaries got made in the early 1970s. Most of theme were a bit ephemeral, and most have faded from our collective memory. Some have gone largely unseen for decades. A document of the second annual festival held in the English countryside, Glastonbury Fayre is remarkable on several levels. A product of then-recent relaxing of censorship rules, it’s filled with, um, tits and willies. Beyond copious shots of pot smoking, there’s no overt drug use portrayed, but … those freaks, they’re stoned. For the most part the music artists are what we might call second-tier acts, well known in the UK at the time but not top-of-the-bill artists. That said, many of them are quite good: Arthur Brown’s Kingdom Come displays a seething malevolence, Fairport Convention simply tears it up with dizzyingly fast and precise Celtic prog, and American folkie Melanie (Safka) gives it her earnest best as a solo performer. Elsewhere, late-period Traffic appears with the elusive Dave Mason in tow, the Pink Faeries lead festivalgoers Pied Piper fashion through the glen, and a pantsless character called Mighty Michael (described in the must-see making-of doc that accompanies the film as the British Isles’ answer to Wild Man Fischer) yelps onstage while his junk flops up and down in time with the music. Unlike many films of this ilk, the onscreen spoken bits add a lot to the enjoyment and the understanding of the event. There’s a pleasingly ecumenical character to the spiritual/mystical side of things, with a speech by a maharishi (a young chap, not Mahesh Yogi) and deft cutting between chants of om and an outdoor Catholic or Anglican mass. The real star of the show, though, is the scaffold-built pyramid stage, a thing to behold and quite impressive by early ‘70s standards. It’s even more so once we learn (again, watch the making-of feature) that it was pretty much a non-professional endeavor. As was the whole festival in those days, a fact that only adds to its charm. And in case you were wondering, yes, it was muddy even then. 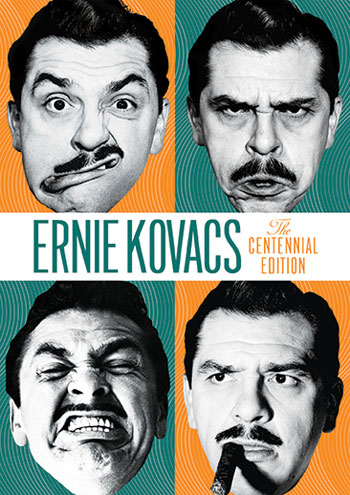 Ernie Kovacs – The Centennial Edition
As is so often the case with cultural innovators, Ernie Kovacs wasn’t properly appreciated back in the 1950s when he created and aired a number of undeniably idiosyncratic comedy programs. Looking back today his influence – acknowledged or not – can be spotted in series like SCTV, The Kids in the Hall, and Saturday Night Live. But Kovacs was clearly ahead of his time; it’s difficult to imagine ‘50s viewers doing much more than scratch their heads at the unapologetically weird character on their black-and-white television screen. Part of what made Kovacs so weird, though, was that he seemed so natural about it, as if it never occurred to him that he was saying or doing anything off-kilter. He wasn’t self-consciously edgy when filming a scathing parody of a cigarette commercial on a May 1952 NBC program called Kovacs Unlimited. Kovacs often seems to be making it up as he goes along, and his interactions with costars (including his wife, intriguingly billed in one episode as Edythe Adams) are equally unscripted in feel. Gems of the wildly experimental side of television’s early years, this collection – eight DVDs in all – is an important historical document. By definition, it’s hit-or-miss (just like, it’s worth noting, even the best episode of SNL). It’s also essential.