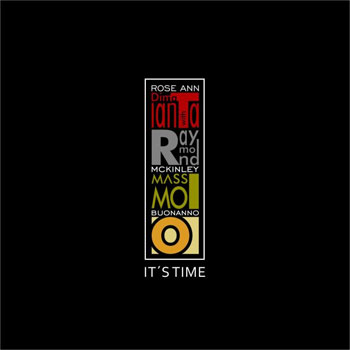 If you’re the sort of music listener who thinks you don’t like jazz but you do dig Steely Dan, then It’s Time may be the ticket. Featuring the vocals of Rose Ann Dimalanta – formerly a member of Prince’s band – is sleek, sexy and soulful. A slick (but not too slick) and urbane vibe characterizes the songs on It’s Time.

The band clearly has the chops to play intricate, complicated and knotty music; instead they take a straightforward approach that focuses on creating a smoky, sophisticated ambiance. The album has a late-night feel on many of its tracks, but playful, kinetic numbers like “10 Miles to Empty” are a bit more ambitious.

There’s lots of keyboards on this collection – acoustic piano, Rhodes and so forth – and that only reinforces the upscale feel of the arrangements. But despite the excellence of the players, it’s Dimalanta’s show. She’s assured without being assertive, supple without sounding loose. The string synths on “Measure of a Man” are a bit overemotive, but they work in the context of the song.

Dimalanta sits out on the instrumental “Latin Soul,” but otherwise she’s the undisputed star of this set. Some dated (yet undeniably tasty) synthesizers on “Mad run” pull things back in the Steely Dan direction established in opening cut “Forever Day by Day.” And while “No Goodbyein’” has a sort of slick, urban-soul Michael Jackson feel that’s undermined by spoken-word breakdowns, it’s a rare misfire on an otherwise solid album.