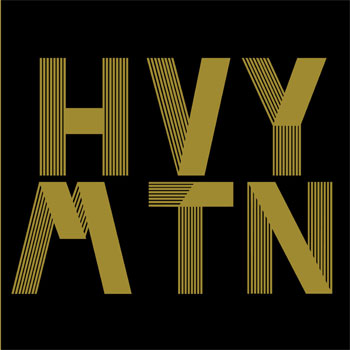 For many years, Asheville, N.C. has been an important part of the thriving folk/roots music scene. But in recent years the city has also become an incubator for many other musical styles. With a goal of supporting and spotlighting the regional scene for a particularly thunderous brand of rock, Asheville musician and nascent promoter Ray Worth has launched the Heavy Mountain Fest. Featuring ten bands, the metal festival took place September 1 at the Mothlight and September 2 at the Orange Peel.

A heavy scene
Ray Worth plays guitar and sings in a heavy rock band of his own, Bask. And he works at the Orange Peel. So he has a good perspective on the local music scene. He laughs when he says that he’s put in “eight or nine years of market research” into the viability of a hard rock festival in Asheville.

Worth notes that when he moved her a decade ago, heavy rock choices came in two flavors.”You saw local bands in 100-capacity rooms, or you could go see Megadeth at the Orange Peel,” he says. But he says that there were no venues that booked hard rock for local audiences of 250 to 500 people. “But I’ve seen this middle market for heavy music grow in Asheville.”

Watching venues like the Mothlight and the Grey Eagle thrive while booking artists that draw those size crowds, Worth felt it was time to mount a venture that would appeal specifically to the local interest in heavy rock.

The Heavy Mountain Festival (stylized as HVY MTN) takes place in Asheville, but Worth hopes to attract fans from out of town as well. “It’s structured to draw people from Charlotte, Knoxville, Johnson City and all around,” he says. Worth made a point of crafting a lineup that showcases a wide array of heavy rock styles. The bill includes two local bands (Bask and Temptation’s Wings, both profiled below) and two other North Carolina acts (Wilmington-based Toke, and Green Fiend from Charlotte).

Worth believes Asheville is ready for a heavy metal festival of this scale. “More bands are being developed locally, and there’s a strong sense of community among them,” he says. “A lot of metal fans are seeing that as well, and they’re going out to shows. And that’s making it all work.” He describes the local audience for heavy rock as “an open-minded metal crowd scene” that appreciates many different kinds of metal, from doom/stoner to alternative to avant-garde.

With the Heavy Mountain Festival, Worth seeks to introduce that scene to the wider community, and he’s aiming to make the experience rewarding for the artists. “It’s important that each one of the bands walks away from the festival saying, ‘We want to do this next year,’ he says. And he says that planning for a second Heavy Mountain will start “the morning after this one finishes.

“There’s intent to grow,” he says. “But for this year, it’s important to come out hard, come out quick, come out swinging.” 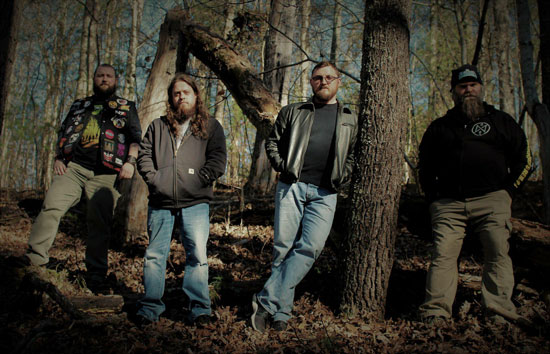 Into the maelstrom
Taking its name from a song by doom/stoner metal band Down, Temptation’s Wings has carved out a distinctive niche for itself. With a sound that’s equal parts theatricality and aggression, the band complements its instrumentation with lyrical and album-art aesthetics that might be termed comic book gothic, like one of Frank Frazetta’s Molly Hatchet album covers come to life.

“That’s a pretty good description,” says guitarist Micah Nix. “We’re into fantasy stuff as opposed to lyrics about everyday life: Lord of the Rings and Conan the Barbarian, and we like Marvel superheroes; sort of comic book-ish storytelling.” The band’s lyrics about vikings and witches are set against hypnotic, bone-crushing riffs and a monstrously precise rhythm section.

Temptation’s Wings came together a decade ago, coalescing around the lineup of Nix plus drummer Jason Gardner and bassist Chad Barnwell. Earlier this year the group added Ryan Fox on bass; Barnwell moved over to guitar. The group released a pair of EPs—2011’s WarMallet and Legends of the Tusk in 2013—and debuted a full-length album, Skulthor Ebonblade in 2017. “That was designed as a concept album,” says Gardner. A live album recorded at the Grey Eagle, Savage Tales, will see official release in September.

Gardner speaks for the whole band when he enthuses about playing the inaugural Heavy Mountain Festival. “We’re pretty stoked about it,” he says. “No other local band except for Bask will be able to say they played it.” 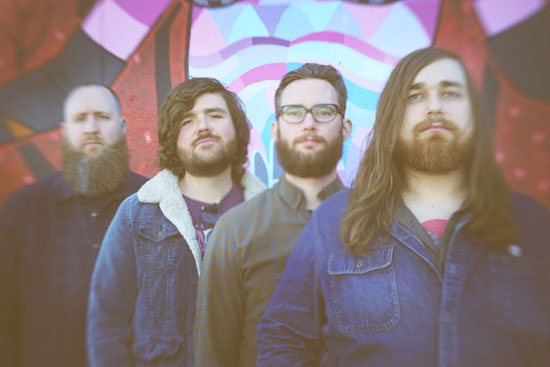 Rambling beyond
Asheville-based Bask defies easy categorization. Though the musicians – guitarist Worth plus Scott Middleton (drums), bassist Jesse Van Note and Zeb Camp (guitar) – didn’t set out with a particular style in mind, the group’s music is a hybrid of psychedelia, melodic Southern rock and Americana, with a rafter-shaking bottom end. “We never put ourselves in a box,” says Worth. “We just draw on where we grew up. Most of us were born and raised in the South; it’s in our blood.”

Formed five years ago, the quartet quickly made a name for itself, touring Europe multiple times. “Our first show there was in Poland,” Worth recalls. That show was a huge success. “It just blew our minds, and it set the tone for the whole month over there.”

To date, Bask has released two albums. 2014’s American Hollow established the band’s effective combination of mountain music themes (with titles like “Land of the Sky” and “High Mountain Pass”) and a sweeping, cinematic ambience. Released in 2017, Ramble Beyond is an even more successful effort, melding nuance and thunder, while maintaining an Appalachian feel (the cover art is a nod to the legendary Brown Mountain Lights phenomenon).

In both cases, the band wrote and recorded the music, delivering a finished product to the label. Worth chuckles when he recalls the reaction Bask got when bringing the American Hollow tapes to the record company. “Whoa. These dudes have only played, like, two shows and they already have a record?”

Both albums were created with vinyl releases in mind. “Everything was designed to be enjoyed and listened to on a record player,” Worth says. “That’s why it’s 20 minutes on each side of both records.” Bask is pursuing a record deal for its next release, and that will be available on vinyl as well.

Worth says that Bask focuses on shifting dynamics. He explains: “Bring it down, make it sound a little like the Allman Brothers. And then step it up and sound like [Scandinavian metal heroes] Opeth.” But he notes that those influences are only obvious in hindsight. “We don’t say, ‘This is what it’s going to be like.’ It’s just how we write songs.

“We don’t do a lot of screaming,” Worth says with a chuckle. “Just a lot of clean vocals and melodies.” He says that the band’s music appeals to “open-minded metal head guys … and their girlfriends.”

No banjo duels
Heavy Mountain brings top-quality metal bands to Asheville, and aims to show visiting concertgoers that there’s more going on in the Asheville scene than just Americana and jam bands. Worth laughs as he recalls some of the reactions his band gets when touring outside Western N.C. “‘How long is your set: three and half hours?’ Or, ‘You’re from Asheville? Where’s your banjo?’”