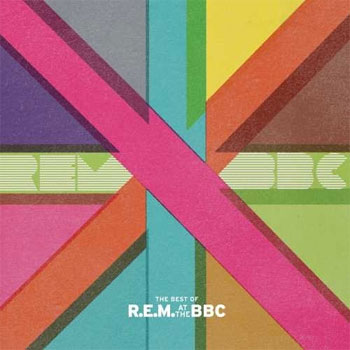 There was a time – a pretty long time, actually – during which R.E.M. was among the most popular groups on the planet. Without being pretentious or self-important (I’m lookin’ at you, U2), the foursome from Athens, Georgia did things its own way, uncompromisingly. Over the course of the band’s history – 1983 to 2011 – R.E.M. explored a number of different approaches; in some ways, there’s nearly no connection with the music on the Chronic Town EP and the songs on 2011’s Collapse Into Now. In other ways, they’re clearly the work of the same group; merely an older, more mature version of it.

Early R.E.M. was famously inscrutable; nobody knew what Michael Stipe was singing about on tunes like “Harborcoat,” but we didn’t mind because the music was so real, so direct, so great. In later years the band explored its more acoustic-leaning side, and Stipe started singing words we could hear. Peter Buck’s Rickenbacker jangle was a kind of ‘80s rethink of Pete Townshend’s lead-and-rhythm-at-once guitar style, and Mike Mills – the band’s most overlooked creative force – always came up with supremely melodic bass lines that did more than move the songs along. (And Mills’ backing vocals always, always always slay me.)

A hardcore fan from early on (I lived in Atlanta, so they were a “local” group, more or less), I bought each new release when it came out. I saw them several times during their rise to fame. Fairly or not, though, I lost interest around the time of Monster (1994), and to be honest I have heard very little of the music R.E.M. made between then and 2011. As noted war criminal Dick Cheney said in another context, I had other priorities.

As I’ve recounted elsewhere, in 1991 I had the unusual experience of being stationed by my employer in London. That summer, Out of Time was everywhere on the city’s streets and airwaves. I didn’t know it at the time, but the group had an ongoing relationship with the British Broadcasting Company that went on even longer than the Beatles’ affair with Auntie Beeb.

That part of the band’s history has heretofore been available only to collector types who traded tapes – then CDs, then files – of the radio broadcasts. But a new and massive box set is sourced from radio recordings R.E.M. made between 1984 and 2008. R.E.M. at the BBC is available in a number of configurations and formats; the most exhaustive is a box set containing eight CDs and a DVD.

A perhaps more manageable (and certainly less costly) alternative is a 2CD best-of culled from the larger set. Tidier still is the 2LP vinyl version, The Best of R.E.M. at the BBC. With 21 songs drawn from across the band’s career, it works as both a live overview and a sampler of the larger set.

The band’s wonderful, sly idiosyncrasies are on display throughout: the first LP opens with a 1991 acoustic reading of “World Leader Pretend,” a song first heard on the 1988 Green LP. Here Stipe sings it against an instrumental backing that sounds pretty much like “Losing My Religion” from Out of Time. Most groups wouldn’t make a point of highlighting the similarity between two of their songs.

The minimalist “Unplugged” approach so popular in those days actually works in the band’s favor on these live radio dates. Sure, the uptempo vibe is often missing, but the songs remain. And hearing later cuts like “Lotus” (originally from 1998’s Up, and presented here from a John Peel session) makes the point that even if some of the band’s longtime fans had moved on by the late ‘90s, R.E.M. still made some fine music that – hearing it now – clearly builds on the qualities that made them a force to be, er, reckoned with.

Full band songs from the post Bill Berry era inevitably sound different. Longtime fans may say different equals not quite as good. Inevitably, something important was lost, but R.E.M. still had plenty to offer, as these recordings demonstrate. Still, listening to a 1984 performance of “Driver 8” will be a more rewarding experience for those who came of age with Murmur and Reckoning as a soundtrack.

It’s worth noting, too, that the November 1984 live reading of “Driver 8” predates the song’s release by nearly half a year; Fables of the Reconstruction (released at the tail end of the band’s “mumbly” era) came out in summer ‘85.

Occasionally – but more in the earlier recordings on this set – Stipe seems a tad disinterested, or perhaps mannered. But I do wonder if that impression is a distorted one, influenced by having witnessed his more direct onstage person of later years.

The arena rock years are a little unsatisfying, too, but that as well may be bias on the part of someone who knew them when they weren’t yet stars. There’s a “big rock” vibe to “Drive,” a cut from a 1995 show at the Milton Keynes National Bowl, but one shouldn’t begrudge R.E.M. their high-profile years. And “Pop Song 89” from that same show is uncompromisingly (there’s that word again) awesome.

The Best of R.E.M. at the BBC serves, too, as a kind of best-of, though not every single one of every fan’s favorite tunes is here; understandably, material from the early years is under-represented. And the LP distillation doesn’t include the transcendent “Fall On Me.” (For those who insist, the box set has two versions – virtually indistinguishable from one another – from 1995 and four years later.)

But in the end, this set – in whatever form one encounters it – is simply wonderful. See if you don’t get a lump in your throat, a glistening in your eye when you hear the 2004 recording (live from St. James’ Church) of “Losing My Religion.” Subtly different from the studio counterpart, it’s very nearly its equal. That’s true as well of the song that closes all versions of this collection, “Man in the Moon,” also from the St. James gig.

Fans who followed R.E.M. from start to finish will find these BBC sets indispensable. Those who caught on when the band broke big will treasure it. And those early-days fans will find music that both reaffirms their passion for the Athens bands music and opens them up to discovery of the later material. I don’t know if all that is specifically the goal of releasing R.E.M. at the BBC, but it seems appropriate.