Time for some more hundred-word reviews. These days, I’m busier than I’ve ever been, so the only albums to make the cut for review are ones I consider remarkable, special in some significant way. So please consider all of these as recommended titles. 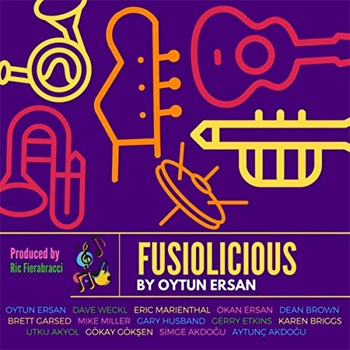 Oytun Ersan — Fusiolicious
When a release explicitly advertises itself as fusion, I respond with high expectations. The first moments of the opening track, “Oh, That Butterfly” concerned me, as they’re not especially fusion-y. But as the track – and the album as a whole – unfolds, Fusiolicious reveals itself as just what I had hoped for. The seven instrumental tracks showcase knotty quicksilver guitar runs, corkscrew synthesizer runs, and a kinetic, constantly changing yet assertive and muscular foundation. There’s a slick New York City vibe about the whole thing, but this all- (or at least some-) star session ultimately delivers on its promise. 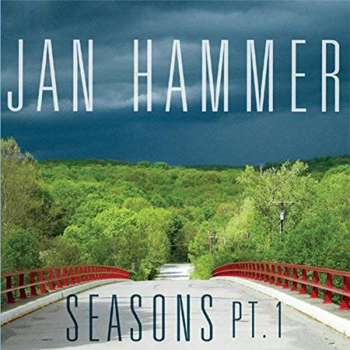 Jan Hammer — Seasons Pt. 1
If you’re of a certain age, you know Hammer from his work with Jeff Beck. A bit younger and you might think of him as the guy who did some Miami Vice music. There’s a subtle connection between his work in those eras and the music on Seasons Pt. 1, but you have to listen closely for it. These are 13 nicely arranged instrumental tunes that hover around the melodic pop end of the smooth jazz subgenre. At its weakest it’s Weather Channel “Local on the 8’s” fodder, but most of the disc is substantially better than that label suggests. 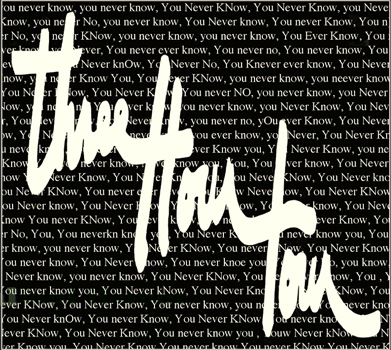 Three Hour Tour — You Never Know
This relatively little-known Wisconsin power pop outfit is responsible for “Love Sick Trip,” one of the best songs on the now hard-to-locate Yellow Pills various-artists collections. That was a quarter century ago; what has Three Hour Tour done for us lately, you may well ask. The answer is here, and it’s encouraging and surprising. The group – led by Darren Cooper – sounds almost exactly like it did in ‘93, but with new songs. There’s a sharp-edge musical aesthetic that fits loosely into the power pop genre, but with grit and muscle like Smithereens or the best Matthew Sweet rockers. 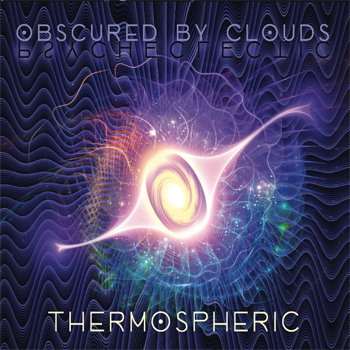 Obscured by Clouds — Thermospheric
Thinking (as I was three reviews up) about heightened expectations, if you name yourself after a stellar yet underappreciated Pink Floyd album, you’d better be prepared to bring some interesting music to the discussion. Obscured by Clouds is the project of William Weikart, and Thermospheric is a live album. But it doesn’t sound like one; it features the crystalline fidelity and flawless playing of studio recordings. As with Joe Jackson’s Big World or Todd Rundgren’s 2nd Wind, you won’t hear the audience. Midtempo modern psych/space rock is Weikart’s metier. But does he sound at all like Pink Floyd? Alas, no. 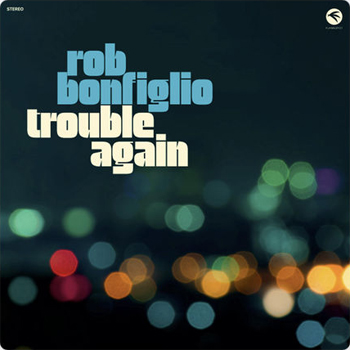 Rob Bonfiglio — Trouble Again
Imagine Raspberries with a less “produced,” more immediate vibe, but with every bit as much chiming, ear candy melodic sense that you came to expect from them back in those days. Guess what: that’s what you’ll find on this wonderful set of memorable rockers. The sentiments are often standard power pop tropes, but there’s a real depth to Bonfiglio’s songwriting, one that transcends genre. The backing vocals on this album are simple yet glorious. If you dig Wings, Elton John, Stories and the rocking end of classic ‘70s AM radio, run — don’t walk — to wherever you can acquire Trouble Again. 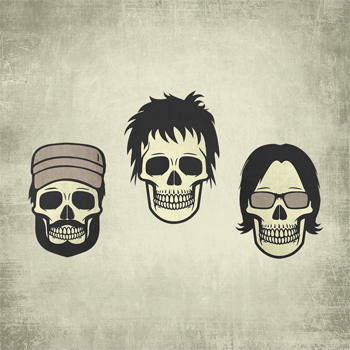 Jeremy Porter and the Tucos — Don’t Worry, It’s Not Contagious
If Lannie Flowers had a more pronounced southern/country character to his material, he might sound a but like Jeremy Porter. Porter and his band the Tucos are from Michigan, so perhaps it’s a Midwestern vibe I’m detecting, but there’s definitely twang here. But it’s twang of the rocking kind, not miles away from Jason and the Scorchers’ best work. The beats are solid and big, the melodies are strong, and there’s a distinct sense of fun in these eleven original tunes. At times Porter rocks in a manner that recalls the Posies’ Amazing Disgrace. A solid album start to finish. 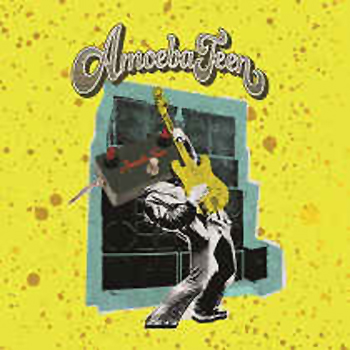 Amoeba Teen — Selection Box Vol 1 / Appleyard Sessions
Did you happen to have bought copies of Rhino’s early 1990s D.I.Y. series of CDs? They released two collections of UK power pop, and two more by American acts. If you own and treasure those, you will want this 2CD set (a pair of distinct albums, it would seem). My guess is that you’re wholly unfamiliar with Amoeba Teen; I certainly was. But Dawn Eden Goldstein’s liner note essay assigns a kind of historical relevancy to the music. And while you may or may not buy into that argument, the music is ambitious (the Klaatu-like “Dear Rosa”) and consistently enjoyable. 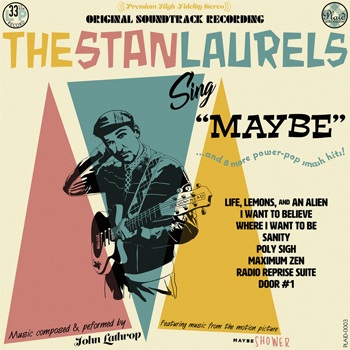 The Stan Laurels — Maybe
I’m convinced it’s nothing more than an odd coincidence that several of the albums I’m reviewing in this batch strongly recall music from another specific era. This one sounds very, very much like Crashes-era Records (especially the vocals), with a bit of Shoes tossed in for good measure. A one-man project, the Stan Laurels are/is John Lathrop. His influences – worn proudly on his sleeve – are tasteful and unassailable, and his original songwriting builds on that foundation. Lathrop has a predilection for twin lead guitar lines (see also: Thin Lizzy, Boston) that gives an added punch to his songs. 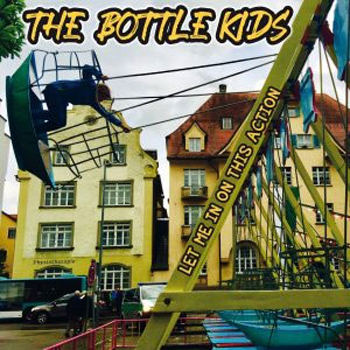 The Bottle Kids — Let Me In on This Action
Crafting chiming power pop that recalls the glam-pop of Sweet and T. Rex, the Bottle Kids are another solo project; this one is from Indiana-based Eric Blakely. He has a winning way with a hook and a melody; the 13 tunes here are catchy, if a tad familiar. Blakely’s lyrics aren’t deathless prose; he expresses more garden variety sentiments with titles like “Tell Her That You Mean It” and “Her Heart Is Much Worse than Her Bite.” He occasionally tries to write anthems; witness “Let’s Put Some Power Back in Pop” and “She Put the Rock in Roll.” Alrighty then! 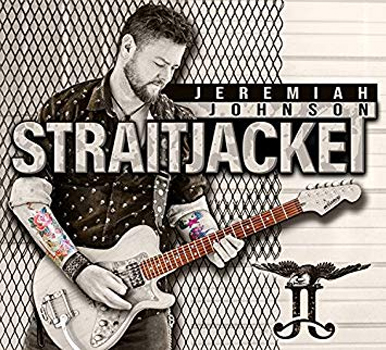 Jeremiah Johnson — Straitjacket
There’s blues, and then there’s blues rock. Not a thing in the world wrong with either, but one shouldn’t ever masquerade as the other. To my ears, Jeremiah Johnson make blues rock. He builds his songs on a high energy, r&b-flavored blues foundation, but the rock aesthetic is always in evidence. The songs add up to more than mere excuses for guitar solos, though Johnson’s solos do indeed sizzle. If your idea of blues has room for acts like the Fabulous Thunderbirds, then you’ll enjoy Straitjacket. The album scores bonus points for effective use of saxophone as a lead instrument.