Liza Anne’s Turn for the Rockier (Part One) 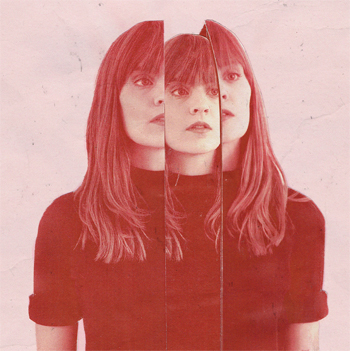 Liza Anne is the stage name of St. Simons Island-born Elizabeth Anne Odachowski. Nominally a folk musician, on her debut album — 2014’s The Colder Months — she crafted a gentle, heartfelt sound with soothing vocal harmonies and alluring melodies. On her 2015 album Two, the acoustic Americana flavor of her songs was layered with more atomospheric production. But with Fine But Dying (released March 9), Liza Anne’s acoustic aesthetic has been wholly set aside in favor of a harder-edged electric approach, coupled with a more direct and honest lyrical focus. Her 22-date North American tour in support of Fine But Dying brings Liza Anne to The Earl on April 21.

On Fine But Dying, you deal directly with themes of depression, panic disorder, and so forth. What was the impetus for tackling these subjects head-on now, as opposed to before?

“At the beginning, when I started writing stuff, I kind of felt I was being straightforward with those issues. But then I realized I wasn’t, in some ways. So, I think for my own sanity, I just wanted to sit with my panic disorder kind of mental disarray, and just really sort through those things. Because [before] when I was writing about reasons that I was sad, it wasn’t the same thing as talking about the underlying issue.”

I’m sure that a segment of your fan base identifies with what are, after all, fairly common and widespread issues. A lot of people deal with those things. What kind of things have people communicated to you about the way that the new songs resonate with them?

“That’s still kind of very fresh, people experiencing the new songs. So, I don’t really know full-on the answer to that question yet. But so far what I’ve kind of seen — especially with songs like ‘Panic Attack’ — is that people are just thankful that things are being put in such an explicit form of communication. Rather than people just enjoying sad songs, it seems like there’s something on this record that feels really straightforward. And I think people are glad that it’s straightforward.”

You post your lyrics on your website. Tell me about why it’s important to you to share them in a way that allows them to be processed separate from the music.

“The lyrics are the most important part to me. Growing up, I would always get frustrated when I would listen to album and I wouldn’t be able to find the lyrics mapped out. Or maybe they’re online, but sometimes they feel wrong or disconnected to the way the artist intended them to be experienced. And so in putting them on my website, I just wanted people to have a very specific form of experiencing the lyrics, rather than just finding them accidentally on a website that wasn’t from me.

“Also, with my lyrics, I normally put well-hidden messages in them, to give people even more of a look into what the song is about and where it came from. Because if there’s no message behind [a lyric], I don’t know … it feels kind of pointless.”

So it’s important to you that your lyrics stand up on their own?

“Oh, absolutely. If my songs could be made into poetry books, I would be super happy. Even without a musical quality to it, I think what I’ve always wanted to do with my art is create a message that feels cohesive, even if you don’t hear it sung.”

When you’re writing songs, do you write the words or the music first?

“It depends. I keep a Notes folder on my phone, and I have a little journal in my bag for writing lyrics and stuff all the time. But a lot of songs on this record, lyrics and music came simultaneously. Which is crazy.

“Though for newer stuff I’ve been writing, I’ve spent a lot of time just with guitar riffs in my head. Or a lot of times I’ll have, like, three lines that I know will eventually end up in the song. It’s kind of different every time, but I wish I was more intentional about it. I wish I sat down every day and wrote for three hours, but I’m a little bit more just ‘waiting on the muse.’”

Do you write with the idea of an album in mind, or do you say, “Well, let me see what I’ve got,” and pick from among those?

“I’m definitely always writing toward the next project that I want to do. But I don’t necessarily have a very specific idea of what that project will end up looking like until I have 12 or 13 songs done. And then I’ll realize, ‘Oh, okay. I just finished an album.’ But I won’t end up writing 50 songs and picking twelve of them.”

As you were coming up in music, what artists informed your musical sensibility?

“As far as performance aspects and just like creative control, Feist was my first real picture into what I wanted my career to look like and how I wanted to be experienced as an artist. I grew up listening to a lot of Cranberries and Joni Mitchell. There were a lot of female voices that I just felt understood by; it was really reassuring to see women claiming their space unapologetically. I think even without knowing that’s what I was drawn to, now that I look back, I realize that was definitely where I felt most at home.”

What has been your most fulfilling experience as a performing and recording musician?

“I think my recording of Fine But Dying has been the dreamiest experience so far. Because recording something like that was something I didn’t plan on doing until I was way older. That was really the absolute goal, and so the fact that we got to do that now feels really important.”