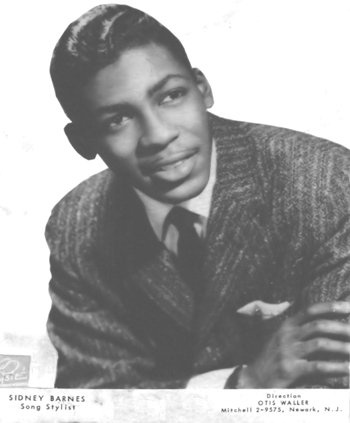 The group with Barnes and Feemster cut a demo recording “I spent $10 to make it,” Barnes says. He played it for one of the members of Little Anthony’s group, who loved it. They rehearsed with Anthony, and were heard by talent scout William Parker. Parker got the group an audition with George Goldner’s End record label in New York City, but they didn’t land a deal. “We were from out of town, and we didn’t have a lot of originals,” Barnes explains. The group soon broke up.

But Barnes’ ambition wouldn’t allow him to give up. While he wasn’t religious, one night he looked up at the stars, and spoke. “I know you’re in charge and not me,” he recalls saying to the sky. “But I’ve gotta do this. I don’t wanna be a star. I’m not interested in making a lot of money. I just wanna be in this because I love it, and if there’s anything you can do to help me…” He’s sure he got a positive reply.

Barnes met Bobby Darin when the popular singer had a live date at the Howard. The two became friends, and Darin recommended him to his producer-manager Herb Abramson. But Abramson was in New York. “So I got a job cutting grass, and saved up to about $150,” Barnes says. He announced to his father that he would be moving to New York City. “No, son,” the elder Barnes replied, “You ain’t.”

Sidney’s father knew best. “As naive as I was, and I wouldn’t have lasted the bus ride,” he says. “Somebody would’ve ripped me off, because I would’ve said, ‘Hey. Look, how much money I have!’” Instead, Barnes’ father decided to move his family once again, this time as close as he could get to New York. They ended up across the Hudson River in New Jersey.

Once settled there, Barnes began making daily bus trips to two Manhattan restaurants – the Turf and Jack Dempsey’s – and the front entrance of the Brill Building, home to offices of top pop songwriters. He rattles off a few of the writers and artists he’d encounter in New York: “The Moonglows, the Solitaires, Phil Spector, Jackie Wilson, Lloyd Price, Otis Blackwell, you know, all those guys … and Sam Cooke. Those guys took me under their wing, and so before I knew it, I was doing background for demo artists.” 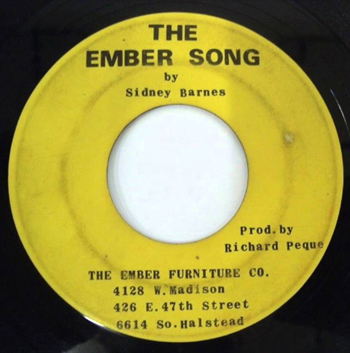 One of those demos, “There’s No Forgetting You,” caught the attention of a music business figure Barnes prefers not to name. “It’s the prettiest thing I ever heard,” the man said. “You’ve got Johnny Mathis beat by a mile.” He offered Barnes a contract, a ten-year deal that would split profits 50/50. But Barnes was wary. “I read a Sammy Davis Jr. book a long time ago,” he says, “and it said how once they got you, they got you.” With the knowledge that the man was mob-connected, Barnes passed on the deal.

“Good thing, too,” he says. “Because I would’ve missed Motown, I would’ve missed a lot of other stuff.” That other stuff started happening soon, too. Tiny Gemini Records released a song he wrote called “Wait, My Love,” a local hit. “I remember coming home one time late at night,” he says. “I didn’t have bus fare or either the bus stopped running or something, and it was raining like cats and dogs. I was at the corner waiting on the light to change, and this guy came by in his car with his radio booming, playing ‘Wait, My Love.’ I was soaking wet, and I said, ‘Goddamn, I’m on the radio!’”

Barnes decided he wanted to be in a group and collaborate. So he hooked up with George Kerr in the Serenaders. The group soon landed a contract with Riverside Records, where they’d release a single, “Adios, My Love” b/w “Two Lovers Make One Fool.”

But things really took off for Barnes in 1962 when he learned that Motown Records was planning to open a New York office run by Berry Gordy’s estranged wife, Raynoma. By sheer dint of determination, Barnes scored an audition for his group. At the audition, a man was sitting nearby, reading a newspaper obscuring his face. The group’s performance included Barnes’ original tune “If Your Heart Says Yes.” “We sounded like a black Four Seasons,” Barnes says. Ray was impressed, as was the man behind the paper, Berry Gordy himself. Ray said, “I found our boys.”

The band went to Detroit and started recording; the Funk Brothers studio cats played the instrumental parts. And Gordy installed Barnes and Kerr in the New York office. “We went from hanging out at the corner with little briefcases of songs in our hands to upstairs in the Brill Building at Motown, running the place,” says Barnes. “We were the darlings of New York at that time. We were hanging out with Smokey Robinson and that group of friends.” 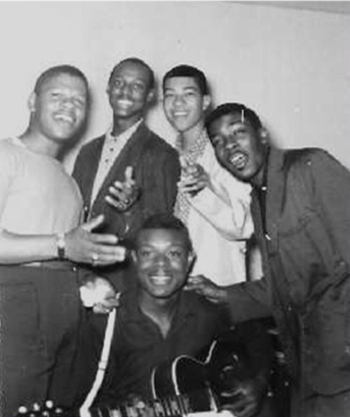 They also began writing and recording with George Clinton, then leading the Parliaments. The team cut literally hundreds of demo recordings, including songs that would be recorded by the Chiffons and the Shangri-Las. “Our songs, other people’s songs,” Barnes says. “Everybody at that time wanted a Motown song.” Most of the sessions took place at A-1 Studio, run by Herb Abramson. “Herb and I fell in love with each other,” Barnes says. “He became my musical godfather.” When the Motown New York office collapsed – owing to friction between Berry and Ray Gordy – Barnes started writing and recording for Abramson’s labels.

Barnes also partnered with songwriter J.J. Jackson. The duo refined a successful working method. “We’d get together on a Sunday, buy some wine, and we’d go somewhere and write three or four songs,” Barnes says. “Then, Monday and Tuesday, we’d go out on the strip in New York and go into publishers and say, ‘We’ve got songs.’ They’d say, ‘Let me hear the song. Oh, I like that song there.’ Then, they’d give us $50 advance, and we’d split it. So, we did that all week and we ended up with quite a little bit of money – and a drinking habit – but it was fun.”

Barnes and Jackson wrote songs for others, but the demos impressed Jeff Barry. Barnes describes songwriter/producer Barry – husband of songwriter Ellie Greenwich – as “a big, tall, white dude who wore a cowboy hat. But inside, he was black.” Barnes cut “I Hurt on the Other Side,” “You’ll Always Be in Style” and several others now considered Northern Soul classics. Barnes also wrote some post-Motown sides for Mary Wells, including “Me Without You.”