Everyone’s for Tennis, Part One

Wife-and-husband team Alaina Moore and Patrick Riley are Tennis, a sort of 21st century answer to Captain & Tennille. Across four albums and two EPs, Tennis has carved out a place on the pop landscape, combining a retro aesthetic with modern (sometimes characterized as lo-fi) production values. The duo’s latest collection, We Can Die Happy, was released in November, and Tennis scheduled a 20-date U.S. tour for January and February. 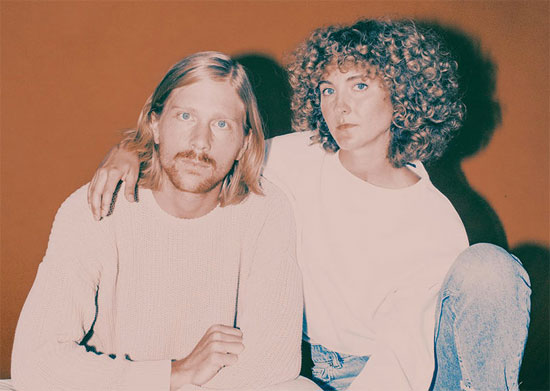 Music technology changes at a very rapid pace. In what ways has the technical end of making albums changed for Tennis between the making of Cape Dory in 2010 and the We Can Die Happy EP, recorded this year?

Alaina Moore: Technically speaking, we knew very little about engineering. We engineered and produced Cape Dory alone with our friends. But we were on such a budget, we did it ourselves. That was a really big learning curve for us.

We’ve definitely progressed on that side from having the opportunity to work with other people. We worked with Jim Eno, and Patrick Carney, and Richard Swift on Ritual in Repeat [2014].We got to watch them engineer, and mix, and learned a lot. We were able to apply all of those things that we’ve learned when we made Yours Conditionally [2017] and most recently, We Can Die Happy. So now we feel extremely competent doing this alone. And we’re actually building a home studio.

As we’ve grown as a band, Patrick and I have evolved into roles that suit us better as a collaborative team. I’ve taken the lead more with songwriting, and his contribution to the band, increasingly, is as an engineer-producer. He chooses the sounds and re-envisions everything sonically for the songs that I’m writing. We’ve set ourselves up so that we can both do what we do best.

Tennis’ earlier efforts found you both performing all of those duties, correct? 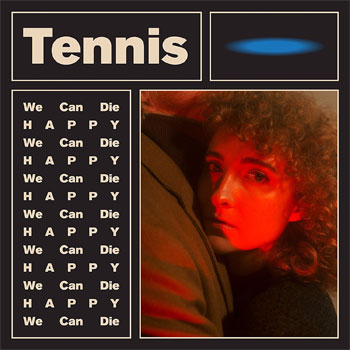 But by the time we got to this EP, I did a lot more of the songwriting and he did a lot more of the producer-engineering. It just makes more sense as we’ve grown as songwriters, because he doesn’t sing or write melodies at all, and he doesn’t write any lyrics. So it was extremely tedious for me to turn what he would write into songs. Patrick is a guitarist who writes interesting things: rhythm guitar parts that aren’t suited to any vocal cues, and not in any particular key that suits me as a singer.

He’s the thing that keeps Tennis sounding unique, and he helps us avoid the pitfalls of sounding like just a throwback band. He works really, really hard in mixing; he’ll be like, “Okay, we wrote a Carole King [style] song, but what if it sounded like Yes recorded it?” He’ll do that to keep it sounding fresh somehow, but still having that sense of timelessness of ’60s and ’70s production that we love so much.

I hear echoes of pre-Beatles brill-building pop and early- to mid-1970s AM radio pop in your music. The songs don’t overtly evoke a specific era, yet they still have a nostalgic feel. So that’s intentional?

I’m glad that you notice it; it’s absolutely intentional. We work so, so hard to study and channel our songwriting idols, but we really, really, really don’t want to write a worse version of a Fleetwood Mac song or something.

The way art and culture works, it’s very self-referential. That’s normal, and part of the whole process. But I want what we do to stand alone and not be derivative. So we’re always trying to think of two antithetical artists that we really like. I’m channeling one – usually as a piano player or a singer, and it’s usually a female artist like Laura Nyro or Judee Sill – and then Patrick will try to imagine it in the context of a band. Like, recently for the song “I Miss That Feeling” on our new EP, I thought, “What if Karen Carpenter was in a cooler band?”