As the end of 2017 approaches, it’s time to clear out some of the backlog on my review shelf. Here are ten titles, all new music, that I think might be worth your time. For the sake of brevity (not to mention expediency), each review is kept here to 100 words. 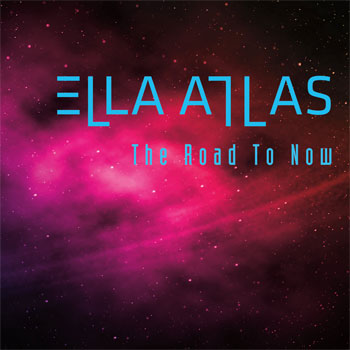 Ella Atlas – The Road to Now (self-released)
The album packaging may lead unknowing listeners to suspect that The Road to Now is a prog-rock extravaganza. The truth is quite something else: a kind of retro-80s/90s vibe is the chosen style of this duo. Choosing to use only their first names, Ella Atlas are Stephen (most instruments and programming) and Tarrah Maria (vocals and some instruments). The music is dreamy and bears the influence of Prefab Sprout and (perhaps) the Sundays. Smithereens drummer extraordinaire Dennis Diken is an understated guest on one track; elsewhere it’s drum programs. Creamy keyboard textures and Tarrah Maria’s vocals are the highlights here. 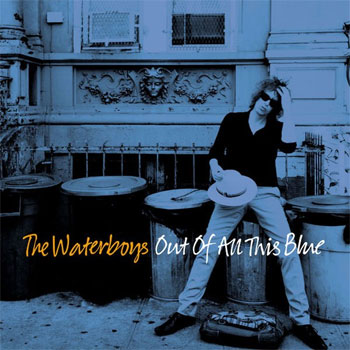 The Waterboys – Out of All This Blue (BMG)
Mike Scott’s Waterboys have enjoyed a long, amazingly varied and critically acclaimed career. One almost never knows just what sort of music Scott will make, but it’s reliably compelling stuff regardless. His latest is a sprawling double-CD set with 23 songs. He’s reliably all over the map, with Dylanesque midtempo rockers (“Do We Choose Who We Love”), soulful tunes, and left-field additions (Hiphopstrumental 4”). The big, splashy arrangement of “If the Answer is Yeah” sounds like a cross between Dire Straits and Duran Duran, but somehow it works. Scott’s lyrics are never less than interesting. Spend some time with this’un. 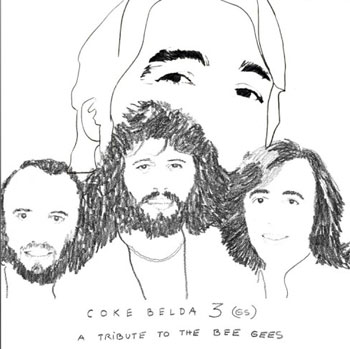 Coke Belda 3 (Gs) – A Tribute to the Bee Gees (Kool Kat Musik)
Those who remember the Bee Gees merely as the helium-voiced avatars of the disco era are missing out on some fine music. Originally Australia’s answer to the Beatles, the three brothers wrote great songs and made effective use of that ineffable genetic quality that singing siblings possess. Belda works here as a one-man band, turning in inventive readings of tunes from the brothers Gibb catalog. Sure, “Run to Me” and “I’ve Gotta Get a Message to You” are here, but the others – with shades of Zombies and Moody Blues – are the real gems. Well chosen and well put together. 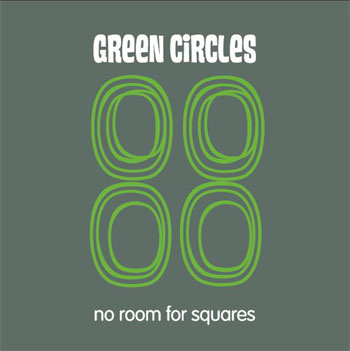 Green Circles – No Room for Squares (Kool Kat Musik)
I’ll readily admit that I was half-sold on this CD before I heard it, based on song titles alone. “Stephanie Comes” suggests Love, the Stooges’ “1969” evokes thoughts of, well, y’know, and “Girl in a Morris Minor” makes me think of swinging London memories by way of Martin Newell. The music here is a less-textured cousin to that made by the Orgone Box (“Judy Over the Rainbow”), with pleasing variation. Who-like mod-rocking ravers (“Long Live Sivananda”) sit aside Revolver-eque jangling delights (“Let Me Through”). Some might be put off by the retro-mindedness of it all; not me. I love it. 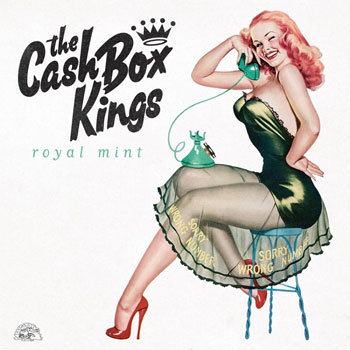 The Cash Box Kings – Royal Mint (Alligator)
I’m one of those music lovers who recognizes jump blues, small-band swing and r&b all as key ingredients in the stew that came to be known as rock ‘n’ roll. This set builds on those foundations, adding a healthy helping of the blues (Chicago style) into the mix. Distorted harmonica, shouted vocals, beefy horn sections and a rhythm section that won’t quit are the hallmarks of this 13-song set. It’s lovingly done with a lot of style and – more importantly – love and understanding. When somebody says they don’t make music like this any more, just show ’em this. 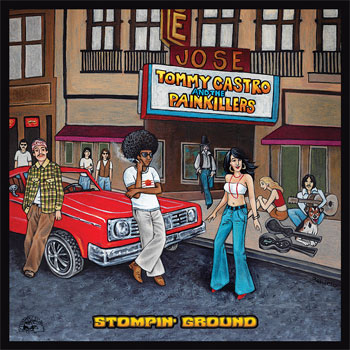 Tommy Castro and the Painkillers – Stompin’ Ground (Alligator)
Most current-day blues leaves me cold; as I’ve written many times, the lion’s share of it sounds like your garden variety Holiday Inn bar band. So when something with a real feel – and something beyond the played-out I-IV-V comes along, I’m all ears. Tommy Castro and the Painkillers have a feel closer to Bruce Springsteen & the E Street Band, if said aggregation worked (more or less) within a blues framework. Castro has the pedigree, the songs are good, and the instrumentation is frequently exciting and always compelling. Most of the 12 cuts are originals, with some well-chosen covers. 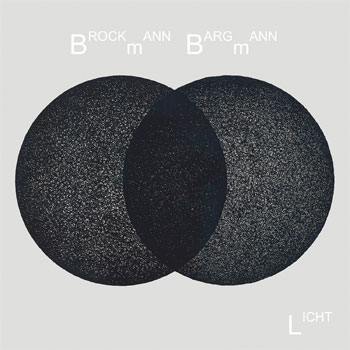 Brockmann Bargmann – Licht (Bureau B)
Though Franz Bargmann and Timm Brockmann are best known for their krautrock work (with emphasis on motorik beats), this collaborative set leans more in an impressionistic, Tangerine Dream sort of direction. I’m also reminded of a solo album that Steve Kilbey (the Church) made ages ago, one called Earthed. The melodies here are a bit more memorable than Brian Eno’s 1970s-80s work in a similar vein, but otherwise B&B are kindred spirits with Eno, I’d say. While this music benefits from close, active listening, it’s quite effective serving as a sonic background as well. Moody, moving and quite often magnificent. 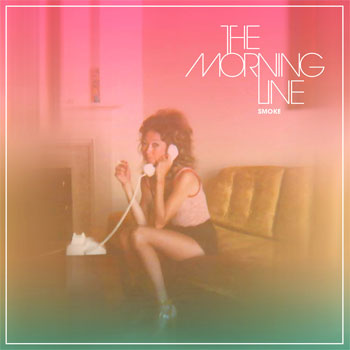 The Morning Line – Smoke (Wiener Records)
Few instruments have as indelible a signature sounds as the Rickenbacker 12-string electric guitar. The sound is indelibly linked with the mid 1960s: Beatles, Byrds. And Tom Petty revived it in later years. That sound, along with subtle use of other ’60s stylistic flourishes, is judiciously employed in service of sturdy songs on this seven-track release, available digitally and … on cassette. Sure, in 2017 that’s a kind of gimmick, but the whiff of retro-ness is appropriate. Still, to call the Morning Line’s music retro is a bit unfair. “Timeless” is more like it. Warm, friendly, intimate and definitely recommended. 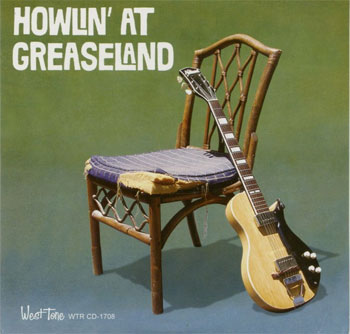 Various – Howlin’ at Greaseland (West Tone)
I first learned of Greaseland – a small yet unique recording studio in San Jose, California – during an interview with blues guitarist Chris Cain. Run by Kid Andersen, the studio has attar acted may of the region’s finest blues (and other) players. This superb CD features an assortment of musicians and vocalists – some veterans, some relative upstarts – paying tribute to the music of Howlin’ Wolf. The manner in which the songs are recorded gives this collection an authentic feel; it certainly doesn’t sound like it was recorded in 2017. And in this context, that’s a good thing. 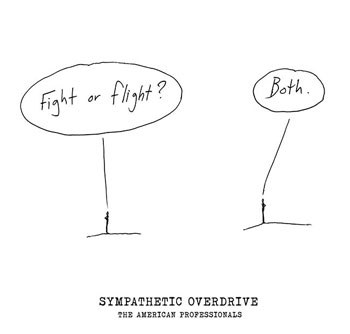 The American Professionals – Sympathetic Overdrive (Charlie in the Box Music)
As I make clear on my “About me” page of my blog, when it comes to considering music for review, I strongly prefer music I can hold in my hand. So digital releases are often passed over. This is an exception, for two reasons. One, I absolutely loved the American Professionals’ last release. Two, the format is physical: a thumb drive. But to the music: great, once again. Strikingly hook-laden, memorable rock, with terrific vocals mixed way out front. The APs don’t sound like anyone else, but their attitude reminds me a bit of “Talk to Ya Later”-era Tubes. Great.