So much great music and so little time. Here’s ten reviews: all new music, each summed up in 100 words. All are worth your time. 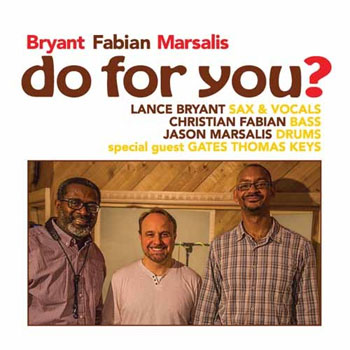 Bryant Fabian Marsalis – Do For You? (Consolidated Artists)
I struggle with a lot of current-day jazz. No matter how I try, much of it leaves me cold. Here’s a notable exception. While nearly all of the tunes here are originals, there’s a classic-minded sensibility that will appeal to lovers of hard-pop, post-bop and third stream. The production aesthetic is 21st century (in the best, most organic way) but the mindset is 1950s and ’60s. Saxophone (Lance Bryant), upright bass (Christian Fabian) and drums (Jason Marsalis): that’s it (save a bit of keys on two of the 10 cuts, and vocals on two). Recommended to those digging classic jazz. 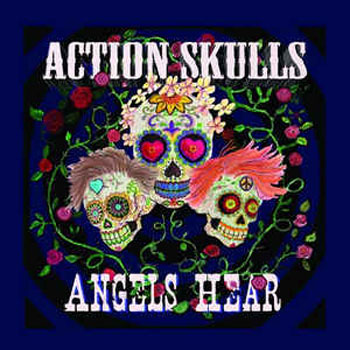 Action Skulls – Angels Hear (self-released)
It’s unfortunate that such highly skilled-in-tunefulness artists as John Cowsill (Cowsills, Beach Boys), Vicki Peterson (Bangles) and Bill Mumy (former childhood star of Lost in Space, half of “Fish Heads” Barnes and Barnes) have to self-release a collaborative album. But we’re fortunate that they went to the trouble. If you crossed Grip Weeds and Global-era Cowsills (the latter another criminally underrated self-released effort), the result might sound a bit like Action Skulls. Wonderful guitar textures, creamiest of harmonies, solid songwriting. It’s all just enough around the edges to offset the inevitable slickness that comes from so much collective studio experience. 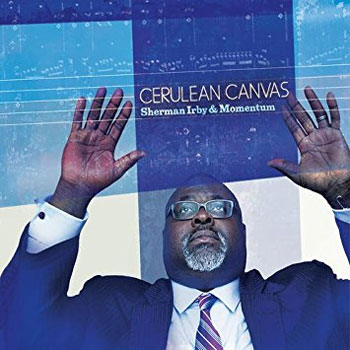 Sherman Irby & Momentum – Cerulean Canvas (BWR)
A swingin’ instrumental set, this collection – recorded over two days last spring – features a quintet (saxophonist Sherman Irby plus trombone, piano, bass, drums) plus a couple of guest spots. Trombone isn’t one of my favorite instruments, but when it’s used here, it’s quite effective. The band often sounds like a slightly bigger ensemble, though the tightness that comes from a small group is here in great supply. The set of ten instrumentals is classic-minded but not overly retro. Tasty and energetic solos abound, and it never gets boring. The necessary live feel is present throughout all the tunes. 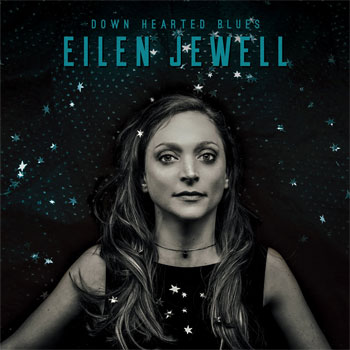 Eilen Jewell – Down Hearted Blues (Signature Sounds)
You may recognize the title of this album as a classic blues tune from Alberta Hunter. That Jewell is familiar with the work of Hunter is a very good indicator of quality. And a listen demonstrates the accuracy of that prediction. Jewell plays and sings sultry tunes, presenting them in an electric country blues style. Jewell steers clear of showiness and instead spins out wonderful licks. What do Jewell and her band sound like? Think Chris Isaak meets the Fabulous Thunderbirds meet Wanda Jackson, all in a sort of tightly-coiled restraint. This record could turn Americana fans onto the blues. 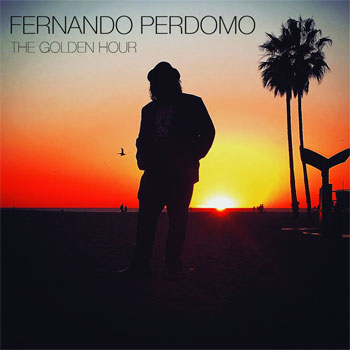 Fernando Perdomo – The Golden Hour (Forward Motion)
Utility man and producer to some of today’s (and yesterday’s) most intriguing artists including Emitt Rhodes, Linda Perhacs and Chris Price, Perdomo is one of the busiest musical cats on the L.A. scene. It’s only fitting that Fernando finally set aside some time to cut a record of his own. The brief opening instrumental is a red herring; tracks like “Sleep” conjure warm memories of the very best of 1960s and ’70s FM radio rock. Perdomo has a knowing way with an irresistible melody. That he cut some of the album at Ardent in Memphis should tell you something, too. 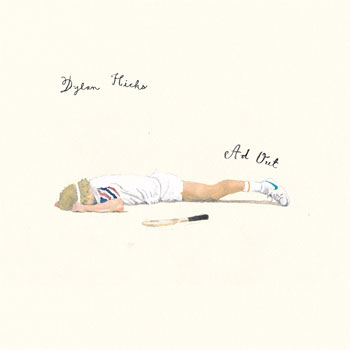 Dylan Hicks – Ad Out (self-released)
This album is kinda all over the place; touchstones include Van Dyke Parks, Randy & the Bloody Lovelies, Randy Newman, Andrew Gold, early Billy Joel and even Steely Dan. In other words, it’s arty both in its musicality and Hicks’ lyrics. “Asking for a Friend” sounds like Walls and Bridges-era John Lennon backed by The Band. And the backing vocals on that track are unmistakably those of producer John Munson (Trip Shakespeare, Semisonic). The album’s understated Midwestern heartfelt vibe is among its many assets. Just when you think you’ve gotten a bead on the record’s character, Hicks switches things up. 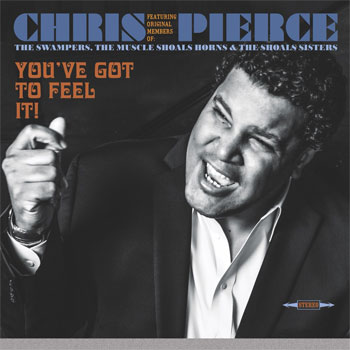 Chris Pierce – You’ve Got to Feel It! (Calabama Recordings)
Step into the Wayback Machine for this one. First stop: Muscle Shoals, Alabama, home of some of the finest southern soul ever committed to wax. Price is firmly in a retro mood on this record’s dozen tracks, and the songs have a strong gospel sensibility, filtered through the influence Booker T & the MGs. The song selection is first-rate, digging into the songbooks of Arthur Alexander, Wilson Pickett, Al Green, Clarence Carter, Marvin Gaye and Stevie Wonder. But as any song stylist absolutely must do, Price makes the chestnuts his own. The backing vocals and horns are stunning as well. 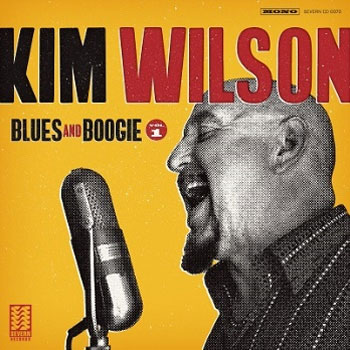 Kim Wilson – Blues and Boogie Vol. 1 (Severn Records)
You’ll recognize Kim Wilson as the longtime front man of the Fabulous Thunderbirds; his unmistakable voice and blues harp playing have been a mainstay on the modern-day blues circuit. For reasons not altogether clear, for this se Wilson has stepped out form his group to record with a variety of sidemen. On e thing is for sure: he’s on fire. From the opening instrumental “Bonus Boogie” it’s clear that Wilson’s harp skills haven’t diminished with age. Sixteen songs is a lot, and along with Elmore James and John Lee Hooker classics are Wilson originals that fit seamlessly into the set. 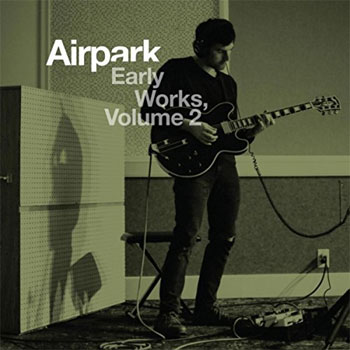 Airpark – Early Works, Volume 2 (Eugenia Hall)
Best I can tell, the approach brothers Michael Ford Jr. and Ben Ford are employing for their band Airpark is to release EPs that help them establish a foothold, rather than betting all their chips on an album. In 2017 that’s a good strategy, but either way one has to deliver the goods. In fact they do; this indie-rock is nothing at all like Apache Relay, the brothers’ previous group. Four songs may leave the listener a bit unsatisfied, and from a marketing standpoint, that’s a smart way of doing things. “Dream Beam” is the best among these four cuts. 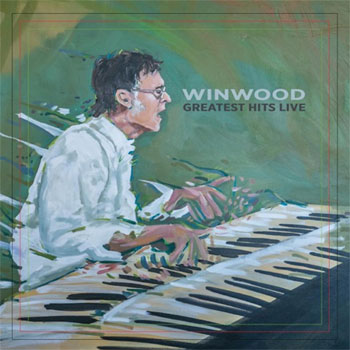 Steve Winwood – Greatest Hits Live (Thirty Tigers)
From my point of view, greatest-hits-live collections are generally a bore. This is a stunning exception: many decades after he cut the original versions, Steve Winwood is as vital as ever. The arrangements are faithful to the originals yet somehow feel totally modern. Timeless, perhaps. His skills as a singer have diminished not a bit from when he was a teen singing “I’m a Man.” All the hits are here, from Spencer Davis Group, Traffic, Blind Faith and his Arc of a Diver-era resurgence. Juxtaposing “Back in the High Life” and “Low Spark” shouldn’t work. But it does. Absolutely wonderful.