Growing quickly from a 2015 local event in a bar ten miles outside of town to its current form – a two-day event featuring world-class talent – this year’s River Valley Blues Festival boasted a lineup featuring internationally-touring headliners Grady Champion and Janiva Magness. The festival took place August 19 and 20 at Salvage Station. 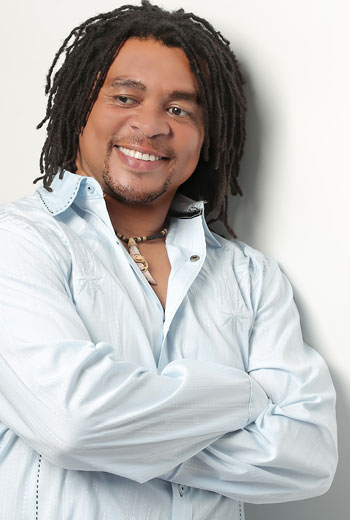 Champion of the Blues
Blues has its roots firmly in the tradition of African Americans; it’s arguably the “blackest” of all musical forms. But Grady Champion isn’t surprised when he learns that he is the only person of color on the bill for the River Valley Blues Festival. “A lot of festivals that we play are gonna be predominantly white performers,” he says. While he admits that his own fan base is largely white, he says, “if a young African-American has got an option to play blues or to play something else, he sees it’s difficult to make a living playing the blues.”

Champion’s take on the blues begins with familiar, solid influences – in conversation, he mentions John Lee Hooker, Buddy Guy and Johnny Winter – and applies a sensibility that draws from gospel and hip-hop. “A lot of the older blues guys always said that you can’t really sing the blues unless you’ve been to church,” says Champion, who grew up in small-town Mississippi, one of a family of 28 children. “What we did every Sunday was go to church, and we got it in us first.”

His immersion in hip-hop would come much later. In the early 1990s he began his musical career as a rapper, branding himself MC Gold. Looking back on that period, Champion believes it helped create a foundation for the blues he sings and plays today. “Being a rapper really gave me the upper hand as far as writing stories and lyrics,” he says, noting that that background gives his music a “bit of a different feel.

“But it all grows from the same place,” Champion says.

Winner of the 2010 International Blues Challenge and a multiple Blues Music Awards nominee, Grady Champion has released nine albums to date; his newest, One of a Kind, will be released in September. Champion’s original music is based more upon “feel” than preconceived notions about what is or isn’t blues.

“Some people push the non-growth of blues,” Champion says. He says that the marketplace “force-feeds artists that basically sit down and play; they probably just read off a paper. They think blues is just 12 bars, sitting down, no energy.” He says his brand of blues is steeped in a tradition of high energy. “When I get on that stage,” Champion says, “They’re gonna know, ‘Oh, this is the blues.’” 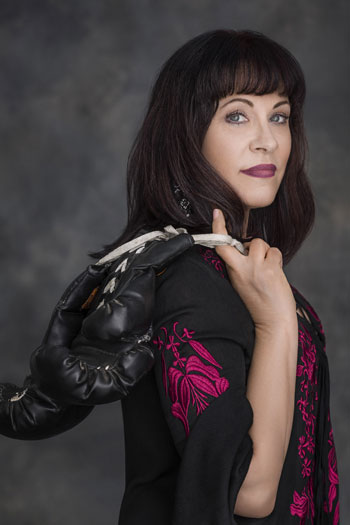 Hard-won Happiness
Though Janiva Magness is white, she comes by her blues honestly. Both her parents took their own lives when she was young; as a subsequent foster teen, she had a hard life that at age 17 included giving up a baby for adoption.

Magness would eventually find solace singing the blues, though her recording career wouldn’t begin until the singer was in her mid 30s. She has released twelve albums – her newest EP, Blue Again is due later this year – yet for many years Magness sang songs written by others. But beginning with her Grammy-winning 2016 album Love Wins Again, she put her efforts into songwriting. Sharing stories from her struggles “makes for the possibility for connection with other human beings,” she says.

And with that sharing comes healing. “Sometimes it’s incremental little millimeters at a time,” she says, “and sometimes it’s huge leaps. But it’s still forward motion.”

But with that forward motion can still come a look back at the artists who have influenced Magness. She describes the upcoming Blue Again EP – which she’ll preview at the festival – as “a pretty potent collection of some of my favorite covers and artists: Etta [James], Bo [Diddley], Nina [Simone] and more. It’s raw and right back to the taproot for me.”