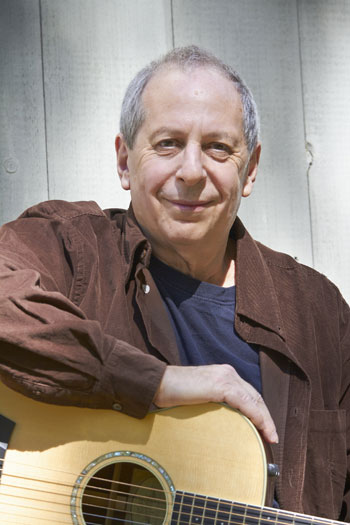 If one wished to chart a path through the folk, rock and pop landscape of the mid 1960s onward, one could do worse than to use the career of Steve Katz as a guide. As a key member of several high profile bands, he had a first-hand perspective on the music scene. Through it all, he had more than his share of ups and downs. His seemingly bottomless well of anecdotes – some funny, some sad, and many serving as cautionary tales – would provide fodder for his 2015 memoir, Blood, Sweat, and My Rock ‘n’ Roll Years: Is Steve Katz a Rock Star?

In 1966, American pop culture was in the throes of Bat-mania. Thanks to the runaway success of the campy TV adventure series Batman (starring Adam West, who passed away days ago), all manner of cash-in projects sprung up like weeds. One of the more intriguing of these was a children’s record called Batman and Robin. What made it stand out from other efforts was the personnel involved: avant-garde jazz icon Sun Ra, and members of New York City group the Blues Project, featuring Al Kooper, Danny Kalb and Steve Katz.

One would think the participants would have vivid memories of such a momentous musical summit. Alas, no. “I don’t remember ever doing this,” admits Steve Katz, suggesting that perhaps he was “too stoned to remember” back in ’66.

To be fair, Katz had a lot going on at the time. By 1966 he had already been in the Even Dozen Jug Band with David Grisman, John Sebastian, Maria D’Amato (later Muldaur) and several other luminaries. And on the strength of its records and live shows, the Blues Project was highly regarded.

Along the way – from those early days in New York City well into the 21st century – Steve Katz rubbed elbows (and – in the case of Mimi Fariña, Joni Mitchell and Jim Morrison’s girlfriend Pam – other body parts as well) with an astounding number of important names in music and pop culture. One is tempted to describe Katz as a kind of musical Zelig, but that sells him far short; he was much more than a bystander in the events and scenes of popular music. He knew – and didn’t much like – Murray the K, Ed Sullivan, Lou Reed and countless others.

Blood, Sweat, and My Rock ‘n’ Roll Years recounts in often hilarious fashion Kat’z experience with each of these, and literally dozens and dozens of others. If there’s a thread that runs through his recollections, it’s that Katz somehow seemed to come into close contact with an inordinate number of a—holes. “I’m just lucky,” he says with a laugh. “I wish I could say nicer things about these people, but I really can’t.”

Katz’s current onstage performance will include him telling several of these stories. “It’s in chronological order, and it goes over my career from the Even Dozen Jug Band through American Flyer,” he says. “It’s like the book … with songs.”

Katz doesn’t take a jaundiced view of everyone with whom he’s worked: he calls George Martin – best known as the Beatles’ producer – “the most wonderful perfect person and talent in the world.” He partied with Elizabeth Taylor, spent many evenings chatting with Broadway musical legend Richard Rodgers, engaged in late-night phone conversations with Laura Nyro, drank with Robert Mitchum, and hung out in the studio with Moby Grape. And he has nice things to say about Grace Slick. Recalling a time when he made advances toward her, Katz says, “I got turned down; she almost punched me.”

But inevitably it’s the run-ins Katz had with those he didn’t like that make the best stories. He recalls some online messages he shared with former BS&T singer Clayton-Thomas after trumpeter Lew Soloff died in 2015. “David sent me a message on Facebook, saying, ‘Let’s put aside our petty differences and pay tribute to Lew.’” Katz agreed, and both wrote warmly of Soloff. But the détente was short-lived: as Katz recalls, “Once Lew was buried, I wrote back to David and said, ‘Could we put back our petty differences now?’”

After the laughter subsides, Katz sums up the larger point of his memoir, readings and onstage performance. “I lived through a pretty incredible time,” Katz says. “And that’s what those are about.”