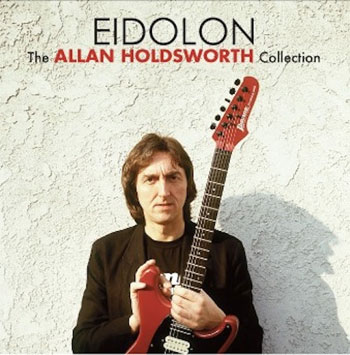 In recent years you’ve also been performing and recording with a baritone guitar. From your point of view, what is the appeal of that instrument?

When I was playing violin, I used to love the sound of the viola. There was just something about that, just having a little bit lower range. That different sound appealed to me. It’s the same as the difference between an oboe and and English horn, or an alto clarinet to a regular clarinet; it’s in a different register.

After a period of real innovation in jazz and progressive music, especially fusion, those genres went into commercial decline in the 1980s. “Smooth jazz” became popular. And with the a few notable exceptions, progressive music receded from the mainstream view. Why do you think that happened?

I don’t know why it happened, actually; I really don’t. I suppose it had to do with record companies and radio stations … specifically radio stations. I could never get a radio station to play my music; it was extremely rare to find or to hear anything that I’d done on the radio. Whereas you could turn on a jazz station and listen to music that’s not really jazz. To me it’s muzak.

When you were making solo albums, did you find yourself subject to commercial pressures?

Sometimes, but that was mainly due to the labels. For example, Warner Brothers [the label that released Road Games] was a nightmare, and I was glad when that was over. But Bill Hein was the guy who ran the company when I was working with Enigma; he was a very, very clever guy, and he was also very open-minded. He would never say, “We want you to do this,” or “Can’t you do this?” He’d just leave me alone.

I think that the people who were in charge of the label were a key factor, because I didn’t get pressure about anything. Bill would never pressure me because I was late with a record, which I always was. I never did a record on time. But it didn’t worry me if it didn’t worry them, because for me, it’s done when it’s done. If I don’t like it, it doesn’t appear.

To what degree is the music on your studio albums the product of careful composition and arrangement, and to what extent is it the product of improvisation giving way to creation?

When I write a piece of music, I start with just the composition itself. And I don’t worry about how difficult it might be to play solos over, or anything like that. I just let the composition go where I think it should go. And then I leave sections open for the soloist or whomever, to give them some space to play. I never wrote a composition that was just specifically for improvisation alone. Or if I did, I don’t remember what it was! I like the music to be dense harmony-wise, and then transformed. It works for me, anyway.

Some artists will put out an album that’s simply the latest issue of what they’re doing, as opposed to a cohesive work. Generally speaking, when you’re making an album, is there a kind of unifying concept at work?

The way it’s worked out for me is that I tend to write tunes around the personality of the band that I’m working with currently. For example, when I was playing with Dave Carpenter and Gary Novak, that band was considerably softer than, say, Hard Hat Area which was more aggressive.

But that was intended by the players. On one of the new albums I’m working on now, I recorded the same song twice, just so people could hear how much the music changed being played by different people. I did a tune with Gary Husband and Jimmy Johnson, and then I did the same exact piece of music with Ernest Tibbs and Joel Taylor. And aside from the melody, you wouldn’t even know it was the same tune! It’s quite remarkable how it changes.

They’re free to interpret it in their own way, and that’s always worked for me. Each member of the band can enjoy himself a little bit more, and get a little bit more of what it is that they do into the project. That’s what I learned from Tony Williams: Leave people alone, unless it’s something specific in a certain section that you want to hear.