Today I’m celebrating the eight-year anniversary of this Musoscribe online music magazine. I started the blog in June 2009, but I had already been writing for many years. Eventually I went back and archived nearly all of my pre-2009 work, back-dating the pieces (if somewhat arbitrarily). So now you’ll find nearly 2,500 posts – reviews, essays, features, interviews and more – that explore a wide range of music.

These days my primary focus is on writing for print media – magazines and altweeklies – and working on my book manuscript. But Musoscribe still serves as an archive of (nearly) all of my writing about music. And fairly regularly I’ll post exclusive content that you won’t find elsewhere in print or online. Here’s just such a thing.

there is a small handful of small record labels doing the important work of digging through long-deleted catalogs for forgotten and under-appreciated music of long ago. Omnivore Recordings, Resonance Records, Real Gone Music, and Light in the Attic are all tirelessly searching out gens from the past and bringing them to current-day listeners.

Another label – one whose existence I only recently discovered – is Australia-based Playback Records. And while there label has an understandable focus on Australian music, it regularly looks beyond the shores of down under for its material. Today I take a quick look at four recent titles from Playback Records. 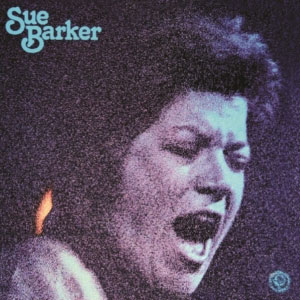 Sue Barker – Sue Barker
Originally released in 1977 on the tiny Crest International label, this self-titled soul-jazz outing from the Australian vocalist is highly sought after on its original vinyl. The median price for a used copy – if you can score one – exceeds US $275. and upon hearing the Playback reissue – the orignal LP plus three bonus tracks – it’s easy to understand why. Barker has a strong, soulful voice, and the band is tight and top-notch. The set list leans a bit on the cabaret side – standards like Ellington’s “Do Nothing Till You Hear From Me” alongside reading of tunes from the Rascals, Holland/Dozier/Holland, Marvin Gaye and the gang down at Stax – but the performances are heartfelt and varied. There’s a strong and smoky jazz undertone that comes through on many of the tunes. A book-length liner note essay fills in the blanks for the listener who wants to know more (a demographic to which Playback caters expertly). 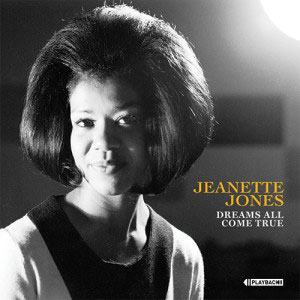 Jeanette Jones – Dreams All Come True
Jones was from San Francisco, and never cut an album-proper. But Playback has assembled an album’s worth of tracks, including some she cut with a Mike Bloomfield-led aggregation and others with a gospel choir. Though her background was rooted in gospel, the dozen cuts that form the basis of this disc are much closer to Detroit soul. Jones’ strong vice, superb arrangements and an excellent selection of material makes this a true gem. There are lots of highlights, but the Aretha Franklin-styled “Cut Loose” and the rousing anthem “I’m Glad I Got Over You” are among the best. Inclusion of the six gospel tracks makes perfect sense from a completist standpoint, but musically they’re incongruous on this collection. Still, Dreams All Come True remains essential. 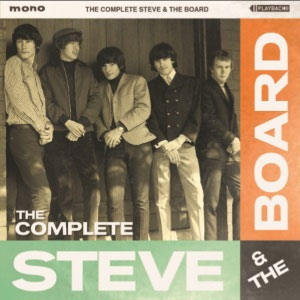 Steve & the Board – The Complete Steve & the Board
As Nuggets II: British Empire and Beyond amply demonstrated, Australia was rich and fertile ground for the garage-punk explosion of the 1960s. But for every Easybeats – or even Masters Apprentices – there were countless lesser-known acts whose music never made a ripple beyond Australian shores. One such act was Steve & the Board. With a sound that recalls both Yardbirds and Gerry and the Pacemakers (no, really), the group cut but one full-length album and a pair of non-LP singles. All sixteen tunes are collected here, along with a 32-page booklet that lays out the band’s place in Australian pop music history. 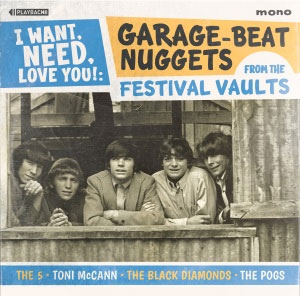 Various Artists – I Want, Need, Love You!
Subtitled Garage-Beat Nuggets from the Festival Vaults, this 26-song collection features music form four acts: The 5, Toni McCann, the Black Diamonds, and the Pogs. As enjoyable as it is, the title is a bit misleading: The 5’s “I’ll Be There” is closer to second-division Merseybeat. Not that there’s anything wrong with that, but listeners looking for raw rockers will have to dig a bit (“There’s Time” fits the bill nicely). Those who are up for some jangling, melodic pop, however, are in for a real treat. The 5 are quite good, as is the sneering, proto-punky Toni McCann. The songwriting of the Black Diamonds (“See the Way”) is several cuts about what one expects from unknown bands half a world away. The set’s title track is a stuttering, stomping raver. And despite its title, “The Lonely Hearts Club Christmas Party” is a searing slice of late-sixties-styled freakbeat. The Pogs are a moody act who sound more British than Australian, but they too are quite good. The rarity of these tracks alone makes this set worthwhile; the quality of the music elevates to the level of something truly special, a must-hear for ’60s rock connoisseurs.

As always, thanks for reading Musoscribe; I hope you dig what you find, and hope that it leads you to some new music, and/or to a greater appreciation and understanding of music you already knew about. – bk