From a very early age, Williams had been greatly influenced by the Great American Songbook. He recalls that even as a child in Omaha, Nebraska, “I was this little 11- and 12-year old kid singing Gershwin, Cole Porter and the like.” Gordon Jenkins’ 1946 album Manhattan Tower was Williams’ favorite record during his high school years. 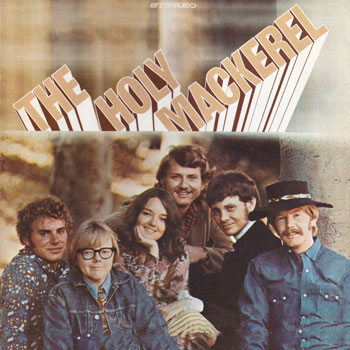 When the Beatles broke through, Williams fell in love with rock and roll. “All of a sudden, I discovered not only the contemporary music, but Chuck Berry and all the great rock ‘n’ roll,” he says. “So they kind of took me time-traveling back.” In short order, times were changing, and music became a bigger part of everyday life. “It was the time of the Vietnam War, and protest,” Williams recalls. “I was beginning to connect with the whole movement.

“I went up to San Francisco, like we all did,” he laughs. And back in L.A., he discovered groups like Buffalo Springfield, making music that was “part of the movement of the times. I was loving it.” That scene was the inspiration for Williams to spend as much time as possible playing guitar, sitting up all night writing songs. “Those were the headwaters for me diving into participating and getting involved” with music, he says. Soon after that, he had his White Whale episode.

And once Williams signed with A&M, it was time for him to record an album. “Richard Perry liked my songs, and he liked the way I sang,” Williams says. “He said, ‘Let’s get you into the studio.’ But I said, ‘Not alone! I’m not going in there alone!’”

Instead, Williams rounded up some of his friends to help make an album with Perry producing. “My friend Cindy [Fitzpatrick] was a flautist, and I got [multi-instrumentalist] George Hiller.” He also rounded up his younger brother, guitarist Mentor Williams, and former Jefferson Airplane bassist Bob Harvey. Also on board was drummer Don Murray from the Turtles.

The group rehearsed songs before the studio sessions began. “Most of the harmonies and other musical choices were born out of those rehearsals,” Williams recalls, “getting together in the kitchen of a little place in Echo Park.” Nine of the record’s twelve songs would be Williams compositions or co-writes.

By the time the group finished sessions for The Holy Mackerel, Jerry Scheff had taken over on bass (he would soon go on to a long tenure as an Elvis Presley sideman), and Mike Cannon was on drums. “It was kind of a floating group,” Williams explains. “The makeup of the group changed as we were recording.”

The cover of The Holy Mackerel’s sole LP features the band as it existed when the sessions finished. “In the picture, Mentor’s wearing a wig,” Williams reveals. “Because he was in the Marines at the time.”

The Holy Mackerel is a pleasing grab-bag of musical styles of its era. Sometimes classified as “sunshine pop,” the record has its darker moments. The moody, minor-key “Scorpio Red” can be seen as a precursor to later, more melodramatic Williams tunes like “The Hell of It,” from the Oscar-nominated score of Phantom of the Paradise. 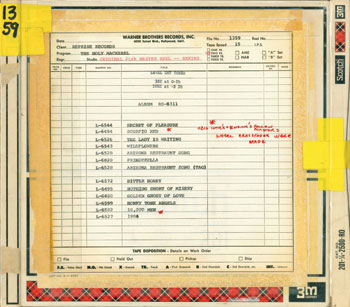 Williams calls the album’s closing track, “1984” his favorite cut on The Holy Mackerel. “It’s a beautiful amalgamation of, I think, my very positive thinking at the time.” And he considers a mistake made during recording as a happy accident. “Near the ending of ‘1984,’ there’s this great, huge orchestral buildup,” he explains. “Then the drums all disappear. It’s the most wonderful kind of 2001: A Space Odyssey moment where you’re free of all earthly laws.” But it wasn’t originally meant to be that way.

“It was a total accident,” Williams laughs. “We accidentally recorded over the drums at that point. But it was absolutely perfect! To this day we don’t know who made the mistake, but … thank you.”

Reprise Records released The Holy Mackerel in 1968. That year’s November 9 issue of Billboard featured a brief review of the album in its “Special Merit Picks” section, alongside coverage of new releases from Gene Pitney and Miriam Makeba. Making specific mention of four of the record’s twelve tunes, the review described The Holy Mackerel this way: “This West Coast unit has an interesting debut album containing folk rock, folk and even country.”

The future might have looked bright for the fledgling group, but it wasn’t to be: the members would all go their various ways, splitting before playing so much as a single public performance. “We were never really a band that got a record deal,” Williams admits. “We were a construction. The first time we really performed together and heard ourselves was in the studio.”

Listening to The Holy Mackerel in 2017 – “I hadn’t heard any of it in such a long time,” Williams concedes – he believes the music does hint at his subsequent musical path. “Listen to a song like ‘Bitter Honey,’ written with Roger Nichols, and I think you can see where I’m heading,” he says. “In a lot of ways, I’m being led by the music I’m choosing to write lyrics for. Roger Nichols became my music school.”

Williams would sharpen his skills writing with Kenny Ascher (The Muppets’ “The Rainbow Connection”), Charlie Fox (The Love Boat theme) and “especially – more than anybody – Roger Nichols.” He says that collaborating with those composers afforded him “spectacular instruction in the process of creating songs.”

After The Holy Mackerel, Williams would go on to a solo career; his debut LP, Someday Man was released in 1970. Its title track had previously been cut by the Monkees and released as the b-side of their “Listen to the Band” single. (Someday Man is scheduled for a vinyl reissue of its own later in 2017, again on the Ship to Shore label.) And he’d continue writing for (and with) other big names; one of his biggest successes would be “Evergreen (Love Theme from A Star is Born),” co-written with Barbra Streisand.

After being out of print for many years, The Holy Mackerel received a CD-era reissue by Collectors’ Choice Music in 2005. British label Now Sounds released an expanded edition of the album in 2010, and Rhino/Warner made the expanded version available digitally in 2012. But the Ship to Shore reissue is the first appearance of The Holy Mackerel on vinyl since its original 1968 pressing. Lifelong Paul Williams fan Richard Barone (The Bongos) helped bring the project to fruition, and he contributes a liner note essay included in the record’s inner sleeve.

Even today, Williams – winner of Oscar, Grammy and Golden Globe Awards, as well as a member of the Songwriters Hall of Fame and president of songwriters’ rights society ASCAP – marvels at the success of his songwriting. “When ‘We’ve Only Just Begun’ came out, I think the number one album at the time was [Iron Butterfly’s] In-a-Gadda-Da-Vida,” he says. “So you couldn’t get farther away from what was commercial. But when that angel Karen Carpenter sang it, it touched the hearts of so many people.” And a foundation of that and his other songwriting successes was Paul Williams’ early experience with The Holy Mackerel.