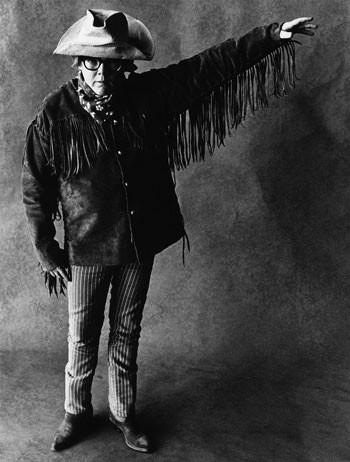 (Note: an edited version of this feature appeared previously in print in Goldmine Magazine.)

In 1970, songwriter Paul Williams was catapulted to the top of the pop music world. Two of his songs – co-written with Roger Nichols – became major hit singles: the Carpenters scored with “We’ve Only Just Begun” (a #2 hit), and Three Dog Night’s “Out in the Country” rose to #15 on the singles chart. Both acts would go on to enjoy more hits from the pen of Paul Williams. But less than two years earlier, Williams made his own recorded debut, fronting a group called The Holy Mackerel.

That little-known studio aggregation would barely hold together long enough to complete its self-titled record. But far from being a footnote in the career of one of pop music’s most enduring songwriters, The Holy Mackerel is both an interesting artifact of its time and a treasure trove full of clues to Williams’ subsequent musical direction. Boutique reissue label Ship to Shore has just reissued this long-lost gem on vinyl.

By the middle of the 1970s, Williams was a seemingly omnipresent fixture on variety programs and talk shows. As chronicled in Stephen Kessler’s quirky 2011 documentary Paul Williams Still Alive, the diminutive and endearing Williams seemed to be positively everywhere. Though he had some supporting-actor roles in the 1960s – 1965’s The Loved One, 1966’s The Chase – by the ’70s, his star was ascendant on many fronts.

Williams had a starring role in Battle for the Planet of the Apes, and he’d star in the 1977 blockbuster film Smokey and the Bandit. Perhaps most notably, he chewed the scenery as Swan, the malevolent record-industry villain at the heart of Brian DePalma’s gleefully over-the-top Faustian epic, Phantom of the Paradise.

Williams wrote and performed music for that film, too; by that point he was an established, old-hand member of the pop songwriting world. But despite his active pursuit of acting roles, songwriting was always his primary focus. Yet his songwriting career had started than a decade earlier.

Paul Williams had been knocking around Hollywood for awhile by the time he cut The Holy Mackerel. In fact he was – very briefly – a staff songwriter for White Whale Records, the label that released The Turtles’ albums and singles. “I had a little girlfriend who was quite excited because I had wound up at White Whale,” Williams recalls. “I don’t remember who set up the appointment with [label heads] Teddy Feigin and Lee Lasseff, but I went in my with little guitar – which I was just learning to play – and played them a bunch of my kind of very folky songs.”

The While Whale duo was impressed, immediately signing Williams to what he describes as a “seven year, ‘everything’ deal: 100% of my publishing, a recording contract, and $50 a week or something like that.” For an unknown such as Williams – then still in his twenties – the deal seemed too good to be true. And in fact it would prove to be exactly that. 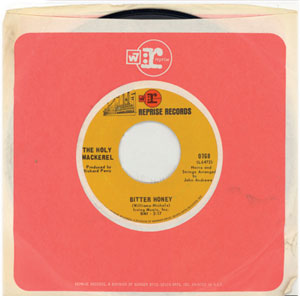 “A few weeks later,” Williams recalls with a good-natured chuckle, “they called me in and sat me down: ‘You know, we don’t think you have a future in the music business.’ They tore up the contract, which I don’t think an attorney on my side ever saw anyway.” Williams fretted over how he was going to break the news to his girlfriend. “I thought I had found what I could do for a living, and they’re telling me I have no future!”

Williams clearly enjoys telling this part of the story: “once again, in my life, ‘no’ is a gift.” He considers being fired by White Whale one of the three “great no” events in his life. The other two? “I was turned down when I auditioned for The Mickey Mouse Club,” he laughs, “and again when I auditioned for The Monkees.” Williams is convinced that those three experiences “had a more positive effect on my life than any of the yesses did.” They forced him to consider his options, and steeled his resolve to become a songwriter.

So after White Whale showed him the door, Williams persisted in his songwriting efforts. He picked up some work writing for musical satirist Mort Sahl, and hooked up with songwriter Biff Rose. Rose got signed to a deal with A&M Records, and played some of his Williams co-writes to label heads Herb Alpert and Jerry Moss. It’s likely that one of those tunes was “Fill Your Heart,” a track that would eventually be recorded by three very different artists: Tiny Tim (it’s the b-side of his hit “Tiptoe Through the Tulips”), Rose himself, and David Bowie (on 1971 Hunky Dory LP).

The A&M team liked Williams’ lyrics. “Turns out they were looking for a lyricist for Roger Nichols,” Williams recalls. “So I wound up being signed by them.” In an ironic, what-a-small-world twist, the A&M staffer who signed Williams was Chuck Kaye, Lee Lasseff’s roommate.