Capsule Reviews for May 2017, Part One 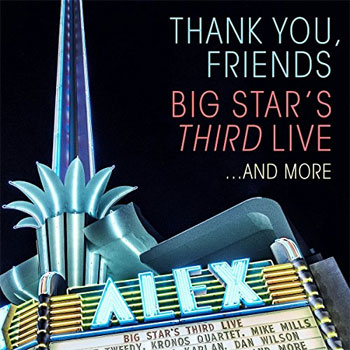 Thank You, Friends (Concord Bicycle Music)
I remember a time when seemingly nobody knew about Big Star; happily for me, that was about the time I found “new old stock” vinyl copies of #1 Record and Radio City in a local record store. I was immediately hooked. As is its character, Big Star’s Third album took a lot monger to grow on me. Fast forward several decades, and Big Star is nearly a household name (at least among music fiends). This all-star production (2CDs and a DVD of the same performance) is a wonderful and loving tribute, and if some of my music friends have criticized the whole venture as a shade too “pretty” (meaning, not as sloppy and dissolute as the original Third sessions), well, hey, that’s okay by me. Starring Mike Mills, Jon Auer, Mitch Easter, Chris Stamey, Jeff Tweedy, Robyn Hitchcock and many others of similar stature. 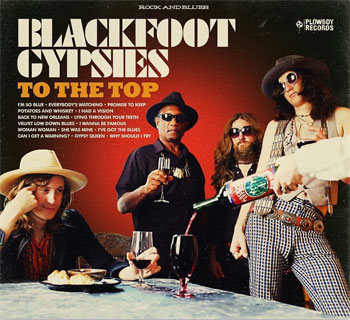 Blackfoot Gypsies – To the Top (Plowboy Records)
On first sight of the cover art, I didn’t know what to make of this set. It looked to me like a cross between Guns N’ Roses’ Slash and some kind of Americana (guys with hats). Alas, no: To the Top has far more in common with the Shadows of Knight, the Seeds and other wonderfully sloppy/thrashy bands of the 1960s. This is rock ‘n’ roll the way it’s supposed to be played: full of verve and abandon, where energy and we-mean-it-man attitude counts far more than chops. But in fact thee guys can play: “Everybody’s Watching” sounds like Amboy Dukes back when asshole-in-chief Ted Nugent wasn’t running the band. There’s a bluesy undercurrent to the band – one closer to Blues Magoos and Shadows of Knight than, say, John Lee Hooker – that suggests Blackfoot Gyspies might even catch on to the mainstream. We shall see.

Max Bouratoglou – Idle Intuition (self-released)
Let’s face facts: a self-released disc from a teenage artist faces a pretty big hurdle to attract my notice. There are simply too may major-label (not to mention indie) artists vying for the attention of this humble reviewer. But for whatever reason, I gave this a spin, and it’s well-crafted pop with a level of musical sophistication one wouldn’t necessarily expect from a 16-year-old. No doubt it helps that Ken Stringfellow (Big Star, the Posies) produced, engineered, mixed and played half of the instruments. But young Mr. Bouratoglou is the songwriter, and his tunes are sturdy and packed with requisite hooks. Once they’ve heard this disc, fans of Stringfellow’s brand of melodic pop will understand what drew him to the project. Though his name doesn’t roll off the tongue, Bouratoglou is one to watch. 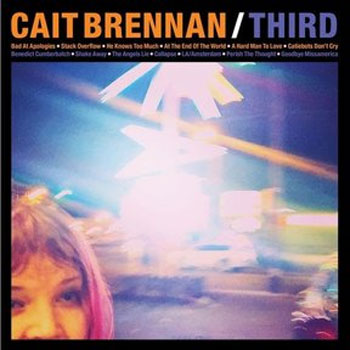 Cait Brennan – Third (Omnivore Recordings)
It’s pure coincidence that so many of the reviews in this pile have at least a tangential connection to Big Star. Brennan’s album was recorded at Ardent in Memphis, and of course the title is an unabashed reference to Alex Chilton’s old band. But far from being a Big Star pastiche, Third draws much of its inspiration from more high-profile sources. I hear early Wings, Sweet and similar early ’70s rocking ear candy in Brennan’s songs. Aided by the omnipresent super-musical utility man Fernando Perdomo, Brennan has made a fine album. “Stack Overflow” rocks hard while “He Knows Too Much” smolders. And “At the End of the World “ is an understated ballad. Which is to say that Third is pleasingly varied. Seasoned music listeners will recognize the myriad well-worn musical tropes in which Brennan revels here – Third all but screams 1970s – but that won’t take away from deep enjoyment of the album, not one bit. 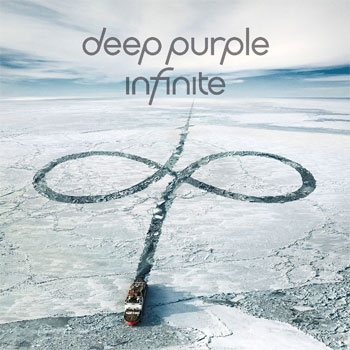 Deep Purple – Infinite (Ear Music)
I can hear you asking: “Wait, are these guys still together?” Yes, they are. “Well, who’s in the band … any names I’d recognize?” Quite so, I’d say: Ian Gillan on vocals, Ian Paice on drums, Roger Glover on bass, Steve Morse (from Dixie Dregs, once upon a time) on guitar, and longtime keyboardist Don Airey. All the songs are credited to the whole band (‘cept a Doors cover), and DP’s primordial riffage approach is intact as the band approaches its 50th anniversary. Producer Bob Ezrin – a guy who knows a thing or two about how to record a hard rock band – does a fine job here. There’s an occasional slight misstep (the chanted vocals on “Time for Bedlam” might be more at home on a Spinal Tap album), and there’s profligate use of “shit” and “piss” in the lyrics, but as a whole, Infinite is a solid album very much in the style of classic Deep Purple. Airey in particular does a fine job of evoking Purple of old, and is quite suitable replacement for the dearly departed organist Jon Lord. Morse cranks things up Ritchie Blackmore style, but doesn’t lose his own personality in the process. Bonus points for inner sleeve art that riffs on Deep Purple in Rock; the graphic suggests Deep Purple on Ice, but Infinite proves that Deep Purple – currently on its “Long Goodbye” tour – is not ready for cold storage just yet.