Album Mini-review: The Feelies — In Between 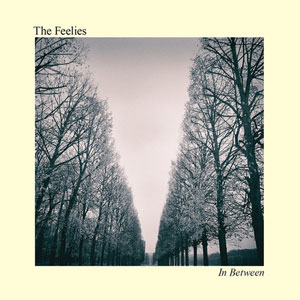 The choice of production aesthetic is everything on In Between, the Feelies‘ 6th album (and their second since ending their nearly two-decade hiatus). A deliberately quiet album, In Between favors acoustic guitars over electric; wood-block percussion over splashy cymbals, and hushed, breathy vocals. The net effect of those choices is an album that requires – or at least invites – close listening. Everything sounds is if it was recorded in someone’s bedroom, and if someone was chatting down the hall, they’d be louder than the music. The good news is that close listening is rewarded; the hooks and melodies are in there; one simply needs to pay attention to find them. Feelies fans who enjoyed the group’s 1980s releases might be underwhelmed by the seeming lack of energy on this record, but it’s certainly of a piece with the band’s recent efforts.