Album Mini-review: Andrew Joslyn — Awake at the Bottom of the Ocean 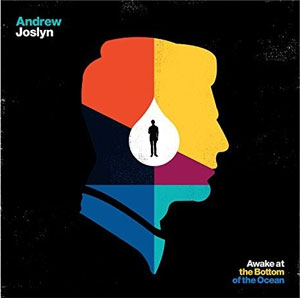 Seattle area composer-arranger-violinist Andrew Joslyn has made a (slightly underground) name for himself lending his myriad talents to the work of other, more high-profile artists. He has worked with Macklemore & Ryan Lewis, Pedro the Lion’s David Bazan and Mark Lanegan, among many others. Joslyn also leads the Passenger String Quartet, and has done a great deal of film work. On Awake at the Bottom of the Ocean, Grammy Award-winning Joslyn enlists the help of a long list of musicians, creating a rich tapestry of baroque-leaning (yet not overly fussy) pop songs. Soul vocalist Will Jordan and regional sensation Shelby Earl are among the vocalists who expertly front the Autumn Radio Orchestra on this collection of a dozen lush originals. Wordless numbers like “She’s Gone to California” are achingly beautiful. Joslyn’s film background positions him well to create emotionally manipulative soundscapes (and that’s meant in the best possible way).