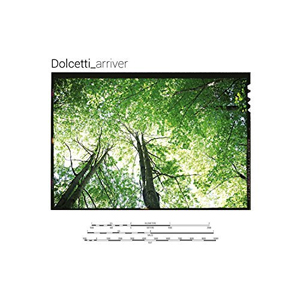 Arriver is instrumental progressive/art rock of the most accessible variety. Dizzyingly fast guitar runs, turn-on-a-dime drums lines and thunderous yet agile bass guitar all come together to create music that is surprisingly hook-filled. And humor – a quality that’s all too often lacking in prog – is served up by this Italian duo in copious quantities. Dolcetti spins out catchy tune after catchy tune, and there’s very little in the way of musical pretense. The duo’s judicious use of keyboards adds to the ear-candy nature of the tunes. Some of them cheerfully lumber, dinosaur fashion, like “Idea effe.” But unexpected bursts of pig-squeal guitar – and Zappa-esque tuned percussion – puncture any serious air, much like the punch line at the end of a joke. Instro-prog rarely manages such a fine balance of technique and widespread appeal as found on Arriver.