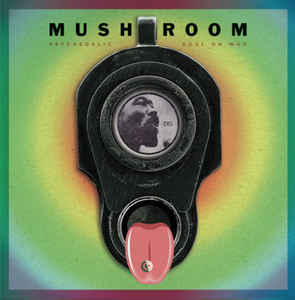 File next to: Brian Auger’s Trinity, Can, David Byrne

The four cuts on Psychedelic Soul on Wax are as different from another as can be, but then Mushroom has always confounded easy classification. “Flesh Failures (Let the Sun Shine In)” is a cover of the hit tune from the Hair soundtrack, served up here in swinging soul jazz style. “Sneak Attack” is roaring, distorted guitar over a repetitive back beat; it’s the group’s latest display of their deep love of krautrock. “Bowed Gong” is a tasty instrumental that explores the part of the Venn Diagram where psychedelia and soul intersect. The title track takes a speech by Eldridge Cleaver about Timothy Leary and applies a psych groove to it; the result is a similar – and superior – to Leary’s own “You Can Be Anyone This Time Around,” which found Hendrix, Stills and friends playing while he pontificated.