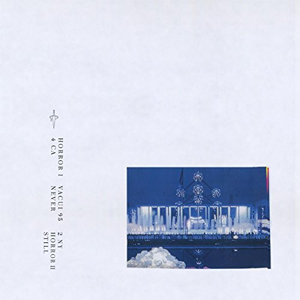 Lush aural textures and inviting melodies are the hallmarks of the digital-only debut album from this NYC five-piece band. Gauzy production that occasionally recalls Psycho Candy-era Jesus and Mary Chain is applied to songs that have more than their fair share of hooks. The seven songs on Horror Vacui are mostly awash in synthesizer textures and effects, but those sonic qualities are employed as integral components of the songs themselves, never as mere filigree. Touches of industrial music – like the faraway atmospherics and percussion on the first minute or so of “Vacui 95” give the album a dreamy feel, but those happily give way to reveal hypnotic, alluring melodies. Bits of found sound and dissonance only add to the record’s appeal. Sometimes the arrangements are so dense as to make picking out individual instruments a difficult task, but the songs always shine through.