The 2002 film Standing in the Shadows of Motown introduced viewers to The Funk Brothers. That name – originally coined by session drummer William “Benny” Benjamin – was retroactively applied to a large and loosely-defined group of musicians responsible for a staggering amount of the pop music that came out of Detroit, Michigan in the 1960s and early ’70s. Like the so-called “Wrecking Crew” in Los Angeles, Detroit’s Funk Brothers were rarely credited for their contributions to recordings. One of the best, most innovative and prolific guitarists among their number was Dennis Coffey. A new release of a live 1968 set shows the prowess of this versatile musician.

Coffey’s style encompasses a wide array of genres, from rockabilly to funk to soul to jazz to rock. A list of his notable session credits could fill a book. In fact he wrote one: Guitars, Bars and Motown Superstars was published in 2004. Some of the guitarist’s most well-known recording dates include The Temptations‘ “Cloud Nine” and “Psychedelic Shack,” Edwin Starr‘s classic “War,” Freda Payne‘s “Band of Gold,” Johnnie Taylor‘s “Who’s Making Love?,” Wilson Pickett‘s “Don’t Knock My Love,” Chairmen of the Board‘s “Give Me Just a Little More Time,” The Dramatics‘ “Whatcha See is Whatcha Get” and “In the Rain.” But there are literally hundreds of others. 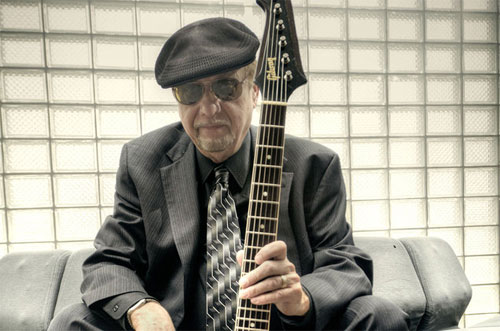 Coffey played on records well outside the Motown idiom, too. He laid down guitar parts on albums by Harry Nilsson, Paul Anka, Johnny Mathis, Ringo Starr, Del Shannon, Rare Earth and Boz Scaggs as well as dozens of names recognizable only to their families (and inveterate crate-diggers). In the hip-hop era, Coffey’s signature licks – which often made innovative and distinctive use of effects – have been heavily sampled by artists from Public Enemy to Ghostface Killah, from LL Cool J to Fugees. 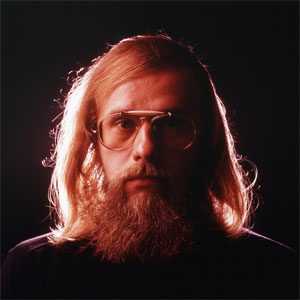 Dennis Coffey came of age in an era during which one could make a living as a musician in Detroit. And he started early. “When I was 16, I was working two nights a week, one night in a teen club and one night at weddings.” A year earlier, Coffey had already done his first record date, playing lead guitar on Vic Gallon‘s rockabilly single “I’m Gone.” He recalls that session: “I took two guitar solos on it, and actually got paid!” He had been put in charge of booking the other musicians for the session. “At least one of them had to be 16, because I couldn’t drive [yet].”

Times were good. “You could work in a club for two years and just leave your amp on the stage six nights a week,” Coffey says. His first recording as an artist (rather than session player) took place when he was still 16; the session’s arranger was a young, pre-Motown Berry Gordy. “Crazy Little Satellite” was never released. 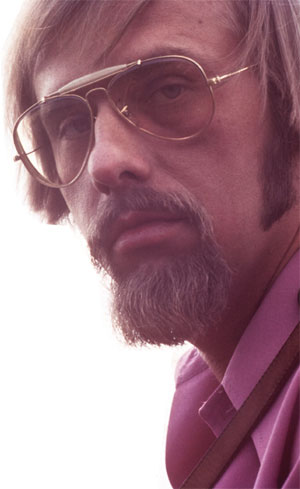 By age 19 Coffey was in the Army, stationed in Ft. Jackson in Columbia, S.C. While there, he recorded an electric guitar-led instrumental called “Holding Hands.” But if you look for that Dennis Coffey single, your search will come up empty. “The Colpix Record company guy in New York said, ‘We can’t put out a record by a guy with a name like Dennis Coffey; it would never sell!’” Coffey laughs. “So they gave me the name Clark Summit.”

That single went nowhere. By 1961, though, Coffey was back in Detroit, working six nights a week as a performing musician. Not long after that, he scored the guitar slot in an in-demand local group, the Royaltones. His songwriting efforts began in earnest, and he began producing and arranging for other artists. Things took off for him then; the heavy pace of work would continue largely unabated for several years.

With his long list of session credits, by 1968 Dennis Coffey was a hot commodity in the Detroit music scene. “I could do 18 recording sessions a week,” he recalls. Still in his late 20s, the guitarist had as much work as he could handle. “I was doing a lot of sessions for Motown during the day,” Coffey says. “Usually a double session, every day.” Though Berry Gordy had an iron-fisted prohibition on his musicians doing sessions for other labels, Coffey notes that “we were not signed to that kind of contract.”

There were occasional run-ins with Gordy’s enforcers. But because of the working arrangement that Coffey (and a few others like Funk Brothers bassist Bob Babbitt) enjoyed, he was on the periphery of that scene. Still, he distinctly remembers being called to the Motown office of producer Harry Balk. Coffey was told in no uncertain terms, “We don’t like you working for Holland-Dozier-Holland, because we’ve got a big court case against them.” Coffey says he calmly replied, “Well, Harry, I think you’ve mixed me up with those guys you got under contract. I’m a free agent.”

Balk is said to have replied, “Well, we still don’t want you doing that. We need you for a lot of sessions.” Coffey responded, “It’s a free country. You don’t want to call me? Don’t call me.” Then he walked out the door. “I think I was in ‘time out’ for about two weeks,” Coffey laughs. “And then Motown had me back there. Nobody ever said a word about me working for anybody after that.” So Coffey took on even more work at Motown and elsewhere.

The work was demanding, no-nonsense, and called for on-the-spot creativity. “When we were playing in the studio with the Funk Brothers, there were about eleven of us in there,” Coffey says. “Our job was to sit down in front of an arrangement, read the arrangement correctly, then add a ‘feel,’ add some hot licks. You had to record one song an hour … with no mistakes.”