There’s some hidden rock’n’roll history in Western North Carolina. Back in the 1960s, diminutive teenager Theresa Crouch was that rarest of creatures: a girl drummer in a rock band. As part of the psychedelically-named Orange Purple Marmalade (later renamed Justice), Theresa provided the solid backbeat at concerts and dances in WNC and up and down the East Coast. Making music with her boyfriend (and subsequent husband of 40 years), Theresa broke through the male-dominated rock scene. She sang on a rocking recording of the standard “Summertime,” co-wrote a single called “Cold, Cold Rain” and cut her own version of “Wipe Out,” called “Break Out.” Theresa hasn’t played much since her husband Terry Justus passed away in 2010, but Theresa is still the proud owner of a big double-bass drum kit, and it’s still set up in her home … waiting.

How did you get your start as a drummer?

I was found in the auditorium of East Henderson High School. I was in there on my lunch period after eating lunch. I was just trying out the bass drum, and the band director came in. He asked me what I was doing. He got so upset; he lost his glasses and his teeth came out! He said, “Don’t play around on the instruments!” But then he said, “Wait a minute. Come around and do that again. I want to hear you play!” 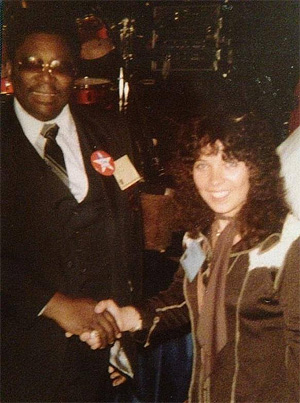 So I did. He said, “Has anyone ever told you that you have perfect beat? What do you think about joining our band?” And I said, “My mother wouldn’t approve of it.” Well, then I did ask her, and she said no. But then he took me home one afternoon after school and said, “I’m going to talk to your Mom.” He convinced her. I tried out on the bass drum and [eventually learned] snare drums, timpani … I played ‘em all.

How did you get into Orange Purple Marmalade?

I ran into Terry in the 8th grade; he had a band, and they needed a drummer. His mother told him, “Why don’t you let the little Crouch girl try out? I hear she’s pretty good on the snare drums.” We started in 1967 at a sock hop in Hendersonville.

What was it like being a female drummer in a rock ‘n’ roll band?

It was rough. I was the only girl in an all-guy band. It had its advantages and disadvantages. They were all wanting to do their thing, and I’d be by myself most of the time unless I was hanging out with Terry; I was his girlfriend.

My mother didn’t want me to leave home to go on the road in 1969. I was already 18, so I could go if I wanted to; she really didn’t have a choice. I went anyway. I remember a Highway Patrolman would pull us over and ask me, “What are you doing with all these four guys here?” I said, “I play the drums with this group!” The Patrolman would just roll his eyes and say, “Oh, mercy!” 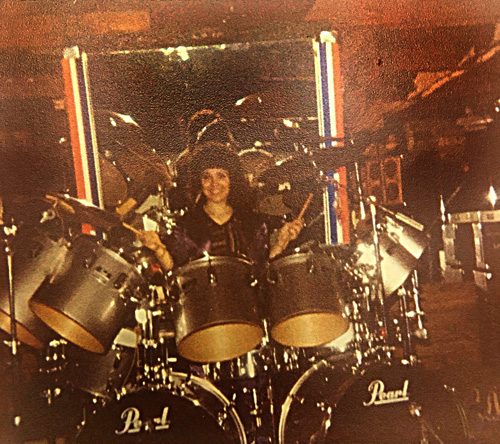 Sometimes I had hecklers. They’d come up and say, “Hey ma’am, you don’t know what you’re doing. You might as well just sit down.” On breaks, I would just go to my room and just cry. Then I’d come back down, pick up my sticks and do it again.

I fell off the stage once, right before the drum solo in “In-A-Gadda-Da-Vida.” During the organ solo, I scooted my drum stool back a little bit. It fell down and I went down with it … while I was playing! I didn’t get hurt. I got back up and played my drum solo. I got a standing ovation after it was over.

When you toured, did you meet famous and/or interesting people?

We backed up a lot of famous acts coming up; Billy Joe Royal was one. I met Linda Ronstadt. She happens to have the same birthday as me, four years before mine. We laughed a little bit about that. 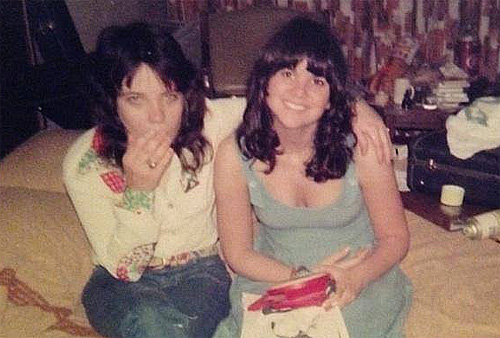 On tour in Roanoke, Virginia, we ran into a bunch of wrestlers one week. And the next weekend we ran into the cast of Jesus Christ Superstar; they wanted to party with us. I remember that Jesus was dating Mary Magdalene. Talk about funny!

Another time, we were playing at the Land of Sky Best Western in Asheville. The roadies for KISS saw us and liked us. They said, “Maybe Peter and Paul would like to come see you guys.” The next night, here comes Peter Criss and Paul Stanley. Peter looked at my orange and purple Slingerland drum kit – they fit with the group’s old name – and said, “What are you doing with those? Have you ever thought about going with Pearl drums?” Six months later I got my endorsement from Pearl, so that might have been the foot in the door.

What advice might you give to young women considering a career in music today?

Stick to your determination. Somebody might tell you, “You can’t do it,” but you can. Stay true to what you want to do, no matter what.