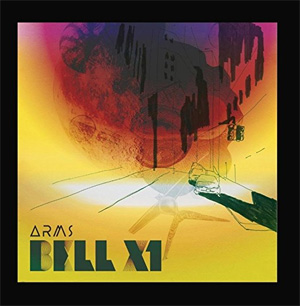 Because of the wide array of styles explored on Arms, the record sometimes feels more like a mixtape than an album. “Fail Again, Fail Better” sounds like a half-finished collaboration between Paul Simon and David Byrne. The electronically-textured “Bring Me a Fireking” is vaguely reminiscent of Neil Finn’s solo work. And the largely unadorned “The Upswing” places Paul Noonan‘s melancholy vocal against an understated instrumental arrangement. “Out of Love” sounds like a lost Sting tune circa Ten Summoner’s Tales. Elsewhere, hints of trip-hop and world music find their way into the mix. Yet taken as a whole, the disparate styles come together into a cohesive whole. On their 9th album – the group’s sixth for its own label – the Dublin, Ireland group serves up more of their brand of melodic (if more than slightly idiosyncratic) pop.