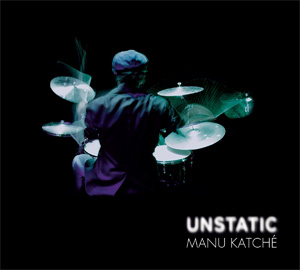 Manu Katché – Unstatic
Style: jazz
This is an album of tasty mostly-instrumental jazz that sometimes – but not always – leans in an Afro-Cuban direction. Luca Aquino’s trumpet is often the lead instrument, but there is plenty else going on throughout. The overall vibe is more subtle than fiery, but there’s some fascinating interplay going on if you pay attention. Jim (James) Watson’s electric piano work is especially appealing. Apparently Katché didn’t use a bassist on his last album. He does here – Ellen Andrea Wang is nimble on the upright – and it’s welcome; sometimes Wang sounds as if she’s playing an electric bass. 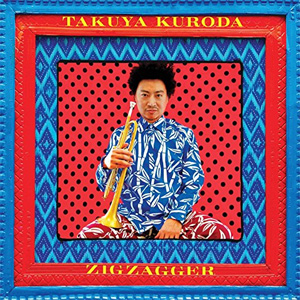 Takuya Kuroda – Zigzagger
Style: fusion
From the opening strains of “R.S.B.D” you could be forgiven for thinking that Zigzagger is an early 1970s fusion outing. Many of the sonic textures – Fender Rhodes, analog synthesizer – are well associated with that era. Trumpeter Kuroda has little in common with an instrumentalist like Miles Davis; he’s not afraid to take a key melody –and a memorable one at that – and build a song around it. Put another way, this music is adventurous without being forbiddingly abstract. Zigzagger is what current-day jazz sounds like when it crosses fusion with modern pop music in all its forms. 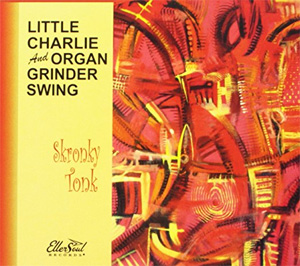 Little Charlie and Organ Grinder Swing – Skronky Tonk
Style: blues/jazz
For my tastes, there’s no more pleasurable jazz than the subgenre known as soul jazz. And this album sound like soul jazz played by blues musicians. I mean that in the best possible way. Working only with electric guitar, Hammond organ and drums (okay, bass on one track), this trio makes mightily appealing blues/jazz. Is it original or groundbreaking? It is not, nor is that point. Guitarist Little Charlie Baty coaxes a tone you can only get from a hollowbody, and the Hammond is putty in Lorenzo Farrell‘s hands. Drummer J. Hansen has less to do, but does it superbly. 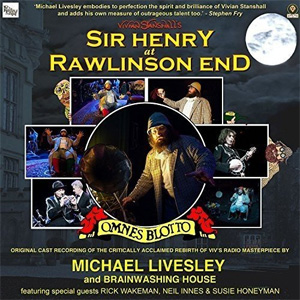 Michael Livesley – Vivian Stanshall’s Sir Henry at Rawlinson End
Style: Oddball British spoken-word comedy
Incomparable wit and bon vivant Vivian Stanshall was part of the infamous Bonzo Dog Doo Dah Band; if you know them at all, it’s probably from their scene in the Beatles‘ Magical Mystery Tour film. Stanshall made a series of radio programs in the 1970s for John Peel‘s (BBC) Radio One. To American ears – even ones weaned on Britishisms – this stuff is a bit hard to follow. It’s as dense as kindred spirits Firesign Theatre, but without the psychedelic element. I suspect it’s very literate, but I can’t be certain (I went to business school). Weird yet wonderful. 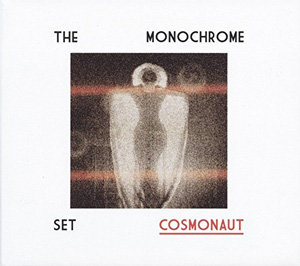 The Monochrome Set – Cosmonaut
Style: rock
For those expecting some kind of punk, the jangling 12-string guitars and Theremin (I think it’s a Theremin) that open the album may be a surprise. The female vocal harmonies are a bit unexpected, too. But it all works. Bid – real name Ganesh Seshadri – and Andy Warren remain from the early lineup. If the album included nothing beyond or the near-equal of “Cosmonaut,” it would still be worth a listen. The ten tracks on the disc are all infectiously catchy, full of wonderful echoes of the best of rock/pop’s past. The lyrics are equal parts droll, idiosyncratic, literate and goofy.