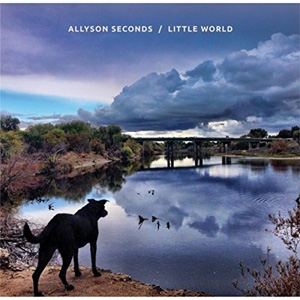 Pop music has long featured engaging artists who don’t write their own material. Going back to perhaps the greatest of them all, Frank Sinatra never wrote a song in his life. Linda Ronstadt‘s long and successful career was built in large part upon her canny choice of material. And so California pop vocalist Allyson Seconds is in very good company: she chooses to work with American expat Anton Barbeau – producer, musician and songwriter of all 11 tracks on Seconds’, um, second album. Barbeau has collected a clutch of ear-candy melodies, and – with the help of associates including The Bevis Frond‘s Nick Saloman, former XTC bassist Colin Moulding, Kimberley Rew, and the Corner Laughers‘ Karla Kane – succeeds in helping a decidedly pop-leaning artist craft an album with serious, edgy alternarock credibility. That Seconds possesses a lovely voice helps things to no end.