Note: portions of this feature appeared previously (and in different form) in altweeklies in Asheville NC, Chicago and Salt Lake City. — bk

Cross-genre sensation Esperanza Spalding is something of an anomaly – albeit a welcome one – on today’s pop music landscape. A fine singer with an impressive range, she’s also a supremely accomplished composer and musician, one with a thundering command of her primary instruments: upright bass and electric bass guitar.

As a kid in Portland, Oregon in the 1990s, she listened to the current radio pop hits. “I liked KNRK-FM,” Spalding recalls, “which at that time would play anything from Sun Ra to Nine Inch Nails to Stone Temple Pilots and Hole.”

Spalding’s training (and self-training: she taught herself violin by age 5) is rooted in jazz and classical forms, but for her, both have their limitations. “I started playing jazz when I was improvising when I was 15,” she says. By age 15 she was concertmaster with the Chamber Music Society of Oregon. During her young teenage years playing in an orchestra, Spalding found herself “getting really bored. It started to sound really predictable.” She describes some of the classical music she had to play as “immaculate, but it was kind of too immaculate.” 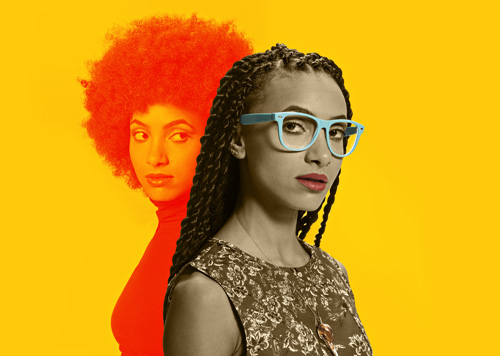 At 16 she attended Portland State University; that experience opened her mind to some of the more fascinating intricacies of classical music. “The world of classical music busted open before my eyes,” Spalding says, “because in the college orchestra we played Stravinsky’s ‘Petrushka.’” She also began to appreciate the work of classical composer Johannes Brahms. “Sometimes,” she laughs, “Brahms will kick you in the ass.”

“I think I understood intuitively that there’s more than what you are commonly sold about any genre,” Spalding says. “So I got really excited about classical music and about that instrumental medium. But,” she adds, “I was more passionate about improvising.”

That passion led her to apply for and win a scholarship to the Berklee College of Music in Boston. “I really ran down that path of exploring a global sensibility: you have this common language which is improv – and I mean playing with anybody. You can do anything with that.”

As the youngest person ever to join the faculty of the prestigious Berklee College of Music upon her 2005 graduation, she went on to become the first jazz artist to win the Grammy Award for Best New Artist in 2011, famously besting pop idol Justin Bieber. Emily’s D+Evolution is Spalding’s fifth album, and songs like “Earth to Heaven” showcase a dizzying yet highly appealing synthesis of rock, funk, soul and jazz. 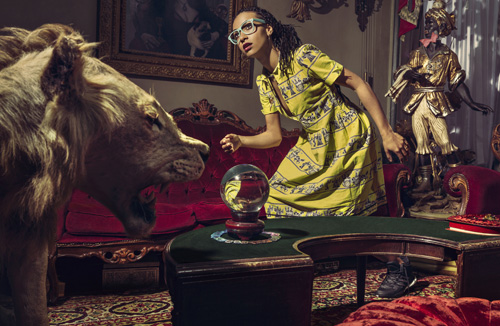 Spalding takes issue with the suggestion that the music on Emily’s D+Evolution could serve as a kind of “gateway drug,” drawing listeners into a new appreciation for jazz. For example, “if somebody heard [1970s jazz fusion group] Weather Report and didn’t like it, that’s fine,” she says. “That’s where they’re at, and I don’t think that my record is somehow going to open up their faculties.” She laughs and adds, “When I first heard Weather Report, I didn’t like it!” But once she began to appreciate that group’s music – a combination of pop-friendly melodies and intense, high-level instrumental interplay – she was hooked. “When I came to it, it was like nothing else in the world.”

Describing her own music, she admits that some of it “would raise the eyebrows of a pop listener, but my overarching sentiment about making music is: do whatever you want. It’s a common language.”

Spalding continues on this theme. “When I am making music with other people, and I lay out a language or structure for a project, then I like to explore and find what the music can do.” The way to do that, she believes, is “via trial and error and experimentation with my fellow musicians. And if nothing else, that spirit – that playful, exploratory spirit – makes its way into the music.”

But Esperanza Spalding’s music has it both ways: it’s ambitious and accessible. Listeners who want challenging arrangements, knotty vocal harmonies and intelligent lyrics will find plenty to enjoy on Emily’s D+Evolution, but those who ask for nothing more than catchy tunes with indelible hooks will be equally impressed. She notes that some engineers or “sound designers” might have tried to make her music sound like a jazz record, “but I knew that couldn’t happen,” she says. “Because the music is bigger, it’s fatter, and it’s livelier. It’s a lot of things.”