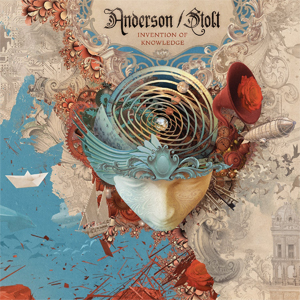 Swedish multi-instrumentalist Reine Stolt made a name for himself with Flower Kings, a successful attempt at bringing the 1970s classic progressive rock aesthetic into modern times. The inimitable Jon Anderson was the voice of prog heroes Yes from their 1969 beginning until his departure in 2004. While Anderson’s work outside Yes has often lacked the spark and muscle of that band’s best work, this collaboration with Stolt brings out the best in Anderson. While Invention of Knowledge never sounds explicitly like Yes, the spirit of that group’s best work shines through. Shortish tunes alternate with epic-length (but never meandering or static) compositions of the sort favored by prog fans. Rather than a strict division of labor, both men had a hand in crafting lyrics and music; the result is a high water mark in the careers of both.