“The room is the instrument,” says Austin singer-songwriter James McMurtry. Considering that he began playing his original songs live onstage more than 30 years ago, he should know. The son of novelist and screenwriter Larry McMurtry, James has seen his share of honky-tonks, rock clubs, and concert halls. A frequent and longtime visitor to Asheville, McMurtry played the Grey Eagle on July 22. 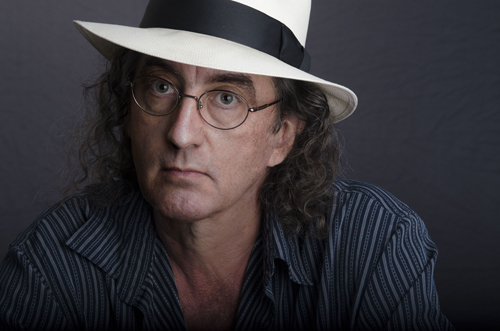 Every room is different, McMurtry says, and a musician has to adapt. “You have to figure out how to play whichever ‘instrument’ you’re given on a given night,” he says. “If it’s a big venue, you might have to slow it down to make things a little more deliberate, to fill all that space. A theater room is basically an acoustic amplifier, built to amplify the sound coming off the stage without any help from electronics. So you’ve got to keep your stage volume way low; otherwise it can just get out of hand.”

“And,” he adds, “you don’t tell any real complicated jokes; stick to one-line sound bites.”

Venues like the Grey Eagle are different, McMurtry says. “In a bar with low ceilings, pack it full of people and you can turn it way up. Nobody cares; it’s not gonna slap back from anywhere. The people soak it up.”

Though – thanks in large part to the well-drawn characters that populate many of his songs – he’s sometimes pegged as a folk or Americana artist, McMurtry bristles at genre labels. If he fits anywhere, he says it’s into “the broad genre of rock ‘n’ roll, which you can put pretty much anything into. That’s usually what I tell people in the elevator when they ask me what I play.”

2015’s Complicated Game is McMurtry’s 12th album; “Painting by Numbers,” a single off of his 1989 debut Too Long in the Wasteland reached #33 on the mainstream rock charts. His subsequent albums have sold in varying measures, but critical acclaim has been near-unanimous and constant.

Most of McMurtry’s tours bring him to Asheville. “We actually played at the original Grey Eagle when it was in Black Mountain. Then they moved to Asheville, and we kept playing there.” He’s done dates at the Orange Peel, too; in fact half of his Live in Aught-Three album was recorded there. “We had tried to do it all in Salt Lake City at a place called The Zephyr,” he recalls. “It’s a perfect place to do a live record. We did two nights there, and recorded both shows. I could have made a record off of that, but I thought that some of the takes weren’t up to par.”

So his crew recorded off of the Orange Peel’s soundboard and captured better performances, including “Rex’s Blues” and “Levelland.” McMurtry notes that “Live in Aught-Three‘s version of ‘Lights of Cheyenne’ is the only officially recorded version that exists.”

McMurtry’s wry, often deadpan humor pervades his albums, and that understated quality is even more to the fore on his live albums – Live in Aught-Three and 2009’s Live in Europe – and onstage at his concerts. In his songwriting, McMurtry resists any temptation to hit listeners over the head by overdoing things. “The best way to ruin a line is to put it in a chorus and sing it over and over again, ad nauseum. It will make the song stick in your head, and you might get a hit song, but I don’t like to beat a line to death. I put good lines in the verses; you hear ’em once.”