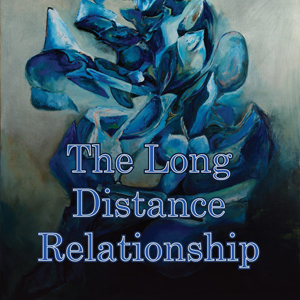 I sometimes joke (or as Senator Al Franken says, “kid on the square”) that I avoid reviewing music made by artists local to Asheville NC “because I gotta live in this town.” I do in fact write often (for our local altweekly, Mountain Xpress) about local recording artists/performers, but those are customarily interviews/news stories. But for me to actually review a release by someone based here in town, I have to be pretty well bowled-over by the quality of their music.

Well, that’s happened. And as luck would have it, I’m actually involved with the music on some level. And because of that connection, I should explain before getting into the review.

Late last year I was one of a couple dozen musicians who came together to play for a benefit in support of a worthy local nonprofit. All the bands involved – real ones, and ad-hoc groups assembled for the event – played songs written by Pink Floyd founder Syd Barrett. I played keyboards with, I think, three or four different aggregations. One of them – maybe two, now that I think about it; ’twas a busy time – featured a great bass player named Dave Baker. What I didn’t know at the time, but would learn months later – is that Baker is a superb songwriter.

One of countless New Orleans musicians who relocated their lives and families after Katrina, Baker had moved here to Asheville. While he quickly plunged into the local music scene, he maintained his New Orleans friendships and musical relationships. Over time, he collected an album’s worth of his original songs, and set about recording The Long Distance Relationship.

A central motif of the album is loss: in the years during which he wrote the songs, Baker lost both of his parents. As it happens, both were richly expressive creative talents as well: Dave’s father wrote poetry, and Dave’s mom was a painter. These points deserve mention because the deluxe packaging for The Long Distance Relationship features the work of both of Baker’s parents.

In any event, with the album in the can and due for release, Baker decided to put together a group to perform the songs live at an album release party show. That lineup would include me on keyboards, playing the parts the Baker had written and recorded himself and/or with other musicians.

The six of us got together for a short string of long practices. As it happens, that culminating gig was the first time in my entire life that I had played an entire set of music written by someone with whom I was onstage. The plan was for just that one-off, but we all had such a good time playing the tunes that we convinced Baker to schedule a couple more shows.

Anyway, through my experience learning the songs on The Long Distance Relationship pretty much top to bottom, I quickly developed a strong affinity for the material. I think it’s safe to say that had I not been tasked with learning to play those songs, I might not have fully appreciated just how well-written, arranged and performed they truly are. So now I’ll tell you about them.

From a musical perspective, the ten songs on The Long Distance Relationship display the influence of Syd Barrett (aha: there’s the connection), but they don’t wallow in that vibe. There’s a clear indebtedness to indie rock aesthetic, specifically its early guise when it was known as “college rock” (because the music pretty well only got played on college radio stations). That feel is most evident on the brief (too-brief, I say) “Opportunities” that opens the album. It sounds a bit like early R.E.M., except that you can understand Baker’s vocals. 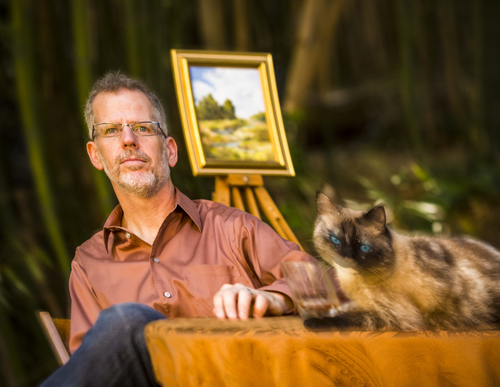 “Stare Through Lead” is a hazy, gauzy tune with a hypnotic descending keyboard line that feels like a bad-trip answer to “I Am the Walrus.” But a sturdy and accessible melody keep the song rooted in pop. A layer of strange sound effects runs behind the melody the entire time, adding to the intentionally disorienting aura of the tune.

Speaking of The Beatles, the Mellotron flutes on “Colors to See” help give the song a Summer of Love texture, as does Baker’s subtle but very Sgt. Pepper-ish bass work. An extended coda is essentially another song welded onto the end of the main melody.

The most overtly Syd-era Pink Floyd song on The Long Distance Relationship is the skewed psych of “Green and Shiny.” As I’ve written many times before, I’m a pushover for most any song that features “ba-ba-ba” among its lyrics. But here the swirling, angular melody – lots of chords for a pop tune – effectively combines sunshine pop with something darker, a kind of garage-psych for modern listeners.

Heavily reverbed piano lies at the centerpiece of the Lennonesque “Wanting to Fly.” The song has a lot to recommend it, but for me what truly makes it is the intentionally “slack” drum work of Elzy Lindsey, another New Orleans-to-Asheville transplant and a close friend of Baker’s. Playing ever-so-slightly behind the beat, Lindsey nails the feel that Ringo Starr achieved on Revolver. Brilliant.

Another exemplar of the deft synthesis of 60s psych and 80s alternarock is “Little Things Remind Me Of You.” The songs relatively epic length (seven minutes and change) never wastes a second; the song’s extended instrumental sections build the tension, and that tension is only partly relieved with the dual lead vocals of Baker and Louly Peacock (the latter is the only musician other than Baker who is involved in the live performance of this material).

Slide guitar and banjo – instruments not found elsewhere on The Long Distance Relationship – come to the fore on “Lingers,” the album closer. Some carefully-layered vocal harmonies make the song a joy to listen to. And – in addition to playing a banjo sample on my keyboard for the live shows – that vocal work is one of my personal favorite moments on the entire album that is The Long Distance Relationship.

Note: at press time, the next live performance by The Long Distance Relationship is scheduled for Friday, September 30 (2016) at The Salvage Station in Asheville NC. Sharing the bill is one of the few other locally-based bands I’ve gushed over in reviews, Alarm Clock Conspiracy.