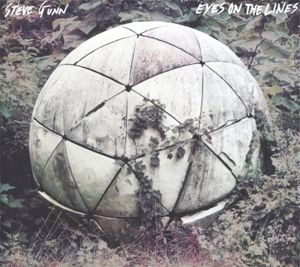 Though his stated influences variously suggest that his own music might be experimental, avant-garde or folk-leaning, Steve Gunn instead makes guitar hero music that puts the emphasis on songcraft. With a lean, snaky guitar approach that’s equal parts Tom Verlaine‘s work in Television, Jerry Garcia and Thurston Moore, Gunn distills his influences into something completely his own. And that something is both fascinating and more accessible than the music that informed it. Gunn’s unassuming voice fits snugly into the songs, and his cracking, hyperactive (but never “busy”) guitar spins out an almost nonstop barrage of leads. Those leads serve as a kind of countermelody to Gunn’s vocals. There’s a hypnotic, floating quality to songs like “The Drop” that draws the listener in, and the carefully layered arrangements on Eyes on the Lines consistently reward active listening.