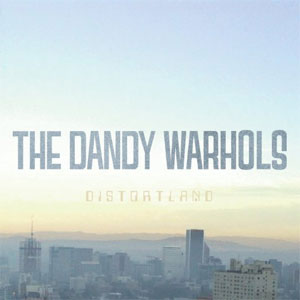 File next to: Stone Roses, The Church, Brainticket

On the Dandy Warhols‘ tenth studio album, the group engages in truth in labeling. Distortion is indeed at the heart of the dance-oriented, deep groove tracks. Throbbing synthesizer lines and fuzzed-out guitars are at the center of the album’s decidedly trancey aesthetic. Many of the tunes are built around a simple, hypnotic musical phrases that owe a clear debt to 1970s krautrock. The group often does a lot with a little: several tracks are one-chord jams. Twangy, surf ‘n’ spy guitar is a key component of Distortland; throughout, Courtney Taylor-Taylor‘s voice is breathy as ever. On “Search Party,” banjos pluck along comfortably alongside synthesizer stabs that recall nothing so much as “(Gonna Make You Sweat) Everybody Dance Now.” The Dandys channel T. Rex on “Catcher in the Rye,” and “You Are Killing Me” leans in a melodic, alternarock direction.