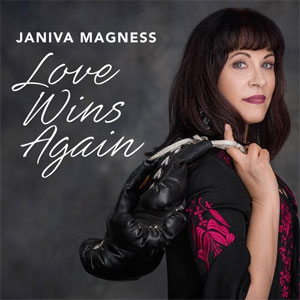 Though she’s been making albums for decades now, blues vocal powerhouse Janiva Magness was initially an interpreter of other composers’ music. It’s only been in recent years that the seven-time recipient of Contemporary Blues Female Artist award has turned her attention to the task of writing her own songs, and the positive feedback she earned encouraged her to continue in that direction. Magness’ triumphs in facing her own personal demons have provided plenty of subject material for her. The vocalist’s hard-earned upbeat (yet clear-eyed) point of view informs the disc’s eleven tunes, and the title track is a tidy summation of where she is today. Tasty blues-based instrumentation often leans in a Memphis style; there’s a soulful character to the songs on Love Wins Again that was only hinted at on Magness’ already-excellent earlier material.