Lovers of the classic era in jazz and/or modern jazz owe a debt of gratitude to Zev Feldman. The head of a pair of modern-day jazz labels (Resonance and Elemental) has been exceedingly busy of late, rescuing heretofore unheard recordings of great historical import. Kicking off with a bang a mere four years ago, Feldman unearthed a cache of Wes Montgomery recordings, and released them as Echoes of Indiana Avenue. At the time, the source tapes for that set were thought to be the earliest extant recordings of the acclaimed jazz guitarist. But in 2015 Resonance roared back with In the Beginning, a 2CD set of even more (and even earlier) Montgomery.

But the last several months have seen a flurry of activity from Feldman’s labels that suggests those early successes were merely warm-ups. No less than seven (actually eight) archival releases – all featuring previously-unheard music – have been released by Resonance or Elemental. 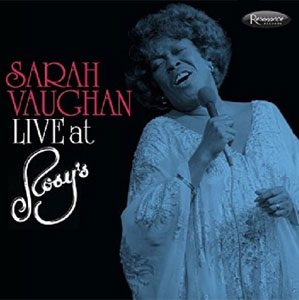 Sarah Vaughan – Live at Rosy’s
The celebrated jazz singer was in her mid-fifties at the time of this recording, taped in New Orleans for an NPR broadcast in May 1978. At the time, Vaughan was enjoying something of a renaissance. Stephen Sondheim‘s “Send in the Clowns” – a reading of which is included on this 2CD set of mostly standards – had become Vaughan’s signature tune. “Sassy” Vaughan had built her reputation fronting big bands, but here she takes a totally different approach form her earlier work. With a spare band – piano, bass and drums – the focus here is wholly on Vaughan and her voice. Because this recording was professionally made for radio broadcast, the sound quality is quite good. The accompanying booklet is generous with both vintage photos and interview content. 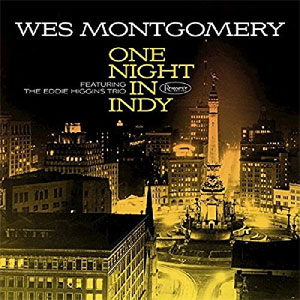 Wes Montgomery – One Night in Indy
Zev Feldman clearly has a thing for the work of Wes Montgomery, and who can blame him? His brief but informative liner note essay tells the story of how he came to release this CD of a 1959 open reel recording. Even with Feldman’s understated description of event, readers will get a sense of the thrill he experienced. And the recording is of more than historical import: playing with The Eddie Higgins Trio, the focus her is squarely on Montgomery’s already fully-developed technique. Those who bemoan his later A&M and Verve outings into reading of pop will appreciate this six-song set of tunes from the songbooks of Duke Ellington, Thelonious Monk, Cole Porter, Neal Hefti and more. Sound quality is simply superb for what was clearly an unofficial recording. 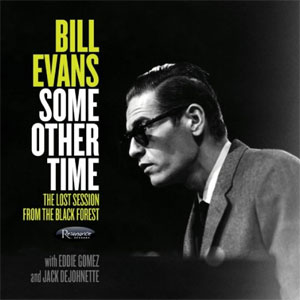 Bill Evans – Some Other Time: The Lost Session from the Black Forest
Here’s a rare treat. Bill Evans was quite prolific in his day, but until now there have been no studio recordings of his short-lived lineup of his Trio featuring bassist Eddie Gomez (Scott LaFaro‘s different but superb replacement),and drummer extraordinaire Jack DeJohnette. These recordings were overseen by MPS head Hans Georg Brunner-Schwer, the so-called “man from the Black Forest.” As with virtually all recordings made at MPS Studios, the music lives and breathes on this recording. Based on the customary run time of albums at the time these recordings were made (June 1968), had this material been released, it likely would have been spread across two or perhaps three record albums. There’s but one breakdown (“It’s All Right with Me”) and one alternate take (“You’re gonna Hear From Me”). Otherwise it’s all new material, a mix of standards. Some tracks feature the Trio; some are duos, and a few feature Evans alone at the piano. Five days prior to this session, the Trio was in Montreux, Switzerland, performing at the annual jazz festival. Feldman’s brief essay reveals the back story of these tapes, and other essays (from critics, Gomez and DeJohnette) provide all the context one could ever wish for.