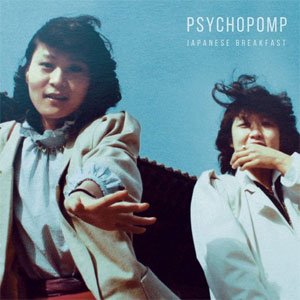 File next to: The Dream Academy, Prefab Sprout, My Bloody Valentine

Though the title of this Eugene, Oregon outfit’s full-length might evoke thoughts of the debut album from The Jesus and Mary Chain, 80s UK dream-pop is a more useful reference point. Originally available as a limited-run cassette, *Psychopomp is chock full of infectious melodies, bouncy hooks and a knowing sense of how to arrange a tune full of dynamics. Exuberant tracks like “In Heaven” are balanced nicely by moodier, more contemplative tracks such as “The Woman Who Loves You.” Even within the confines of pop songcraft (all nine tracks come in at four minutes or less), Japanese Breakfast creates songs that start subtly and build to a joyful crescendo. Michelle Zauner‘s winsome vocals are out front, and the band chugs along assuredly, adding plenty of texture that reveals itself more fully on a second or third listen.