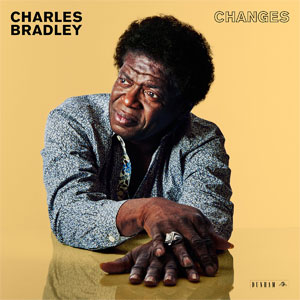 On Charles Bradley‘s third full length, the “screaming eagle of soul” shows himself to be a fascinating interpreter of diverse material, as evidenced in his soulful reading of Black Sabbath‘s “Changes.” Bradley mines a sense of pathos that Ozzy’s vocal merely hinted at; he truly makes the song his own. A rare misstep is the disc opener: doubtless Bradley is sincere with his reading of “God Bless America,” but it comes off a bit maudlin. Throughout Changes, he’s ably backed by a Memphis-styled brass section; they dip into the Seals & Crofts playbook for “Nobody But You,” and the band chugs along sounding very much like the Jimi Hendrix Experience (plus horns) on the fiery “Ain’t it a Sin.” Changes shows that Fitzgerald was wrong about American lives; there actually can be second acts.