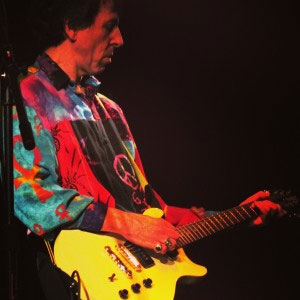 In September 2015 I was in Nashville for the annual Americana Music Awards and Conference. I was there primarily to take part in a discussion panel entitled “Breaking Barriers Through Social Networking,” but I took full advantage of the many opportunities to see and hear some excellent live music. (And in keeping with the stereotype of music journalists, yes indeed, I did avail myself of as much complimentary food and beverages as possible.)

One of the performances I attended was a brief showcase promoting an upcoming album, a tribute to the late troubadour Ted Hawkins, Cold and Bitter Tears. After the music ended, I was fortunate to find myself in conversation with a number of music and/or music business figures whose work I have long admired.

Among those was Jon Tiven. Certainly he’s an important figure for his work with the Jim Carroll Band and many other projects (he’s written over 400 songs, and many have been recorded by some big names), but for me, he’s especially notable for his key roles in the creation of two albums I cherish deeply: Alex Chilton‘s Bach’s Bottom (1975) and Van Duren‘s Are You Serious? (1977). Tiven produced both, and a whole lot more besides.

Tiven and I spoke for but a few minutes, but we stayed in touch afterward. And so I was quite excited to learn of the release in early 2016 of an archival collection called Historix, by a band called Prix (pronounced “pree”). Prix might be considered a great band that never was; the Memphis group’s entire recorded output totals an album’s worth or so of music. Depending on how one measures such things, they either never played a gig or played one.

To further complicate matters, some of the the material that was recorded and (eventually) released under the Prix banner has its roots in the Bach’s Bottom recording sessions. But the Prix recordings – and the story behind them – fills in some important gaps in the story of mid 1970s power pop, Memphis style. Today everyone (finally!) knows about Big Star. If they’re really into that scene, they know about Van Duren, Tommy Hoehn, and maybe even The Scruffs. And they may or may not be surprised to learn that the stories of all of those acts – not to mention Chris Bell – figure prominently into the Prix story as well.

I recently enjoyed a conversation with Jon Tiven, one in which we dug deep into the material, the circumstances around its creation, the factors that made Prix a band-that-never-was, and – perhaps most surprisingly and intriguingly – the future of Prix as both a recording entity and a live, performing group.

My Prix feature/interview with Jon Tiven will be in the July issue of Goldmine Magazine.