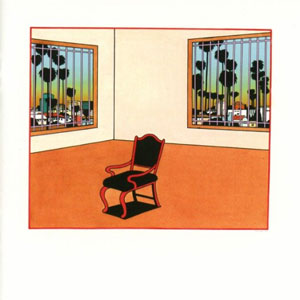 With Plaza, Boston-based Quilt dials back the more overt psychedelic/garage textures of their first two full-lengths. Keyboardist Anna Fox Rochinski remains the primary vocal focus, but guitarist Shane Butler takes the lead on the Monkees-flavored “Searching For,” and other tunes feature a dual male-female lead vocal in the tradition of Jefferson Airplane and HP Lovecraft. Quilt puts care into the melodies; rather than a brooding, Velvet Underground style vibe, they craft tunes with melodies that will stick with the listener. Rochinski’s combo organ remains a key component of Quilt’s aural sculptures, but it’s integrated into arrangements that are less backward-looking than what came before. (That said, “Hissing My Plea” recalls The Beatles‘ “Taxman.”) Fans of the group’s 2011 debut and 2014’s Held in Splendor won’t find the group’s pivot jarring; the gentle folk-rocking ambiance of tunes like “Eliot St.” is warm and welcome.