My week-long march through my backlog continues today with quick looks at five new albums in the jazz and/or blues idioms. No! Wait! Come back! Seriously, these are way cool. 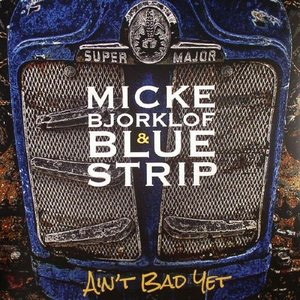 Micke Bjorklof & Blue Strip – Ain’t Bad Yet
Finland: Home of the blues. Right? Well, of course not. But this Finnish group – led by vocalist and harmonica player (and occasional guitarist) Micke Bjorklof – sounds as if they’ve ingested plenty of Mississippi delta ambience. As I’ve commented many times before, contemporary blues as a genre tends to leave me unimpressed; it’s usually too sterile, reverent, or simply unimaginative. None of those criticisms can reasonably be leveled at this outfit. The production – by John Porter, mostly at Rockfield Studios in Wales – is first-rate, capturing that live feel so essential to the blues. Highly recommended modern blues. 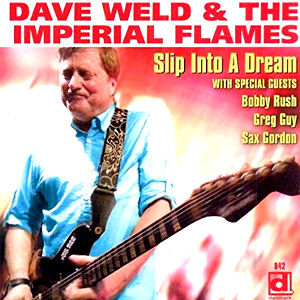 Dave Weld & the Imperial Flames – Slip Into a Dream
Seeing the Chicago-based Delmark Records imprint on an album is often a solid indicator that the music contained therein is worth a serious listen. A spin of Slip Into a Dream only reinforces that point of view. Slide guitarist Dave Weld tears into thirteen original tunes, cowritten with vocalist Monica Myrhe. High-octane guitar work, rock-sold blues backing, and assured vocals from Weld and Myrhe make this an enjoyable listen, start to finish. If there’s any criticism of the disc – and it’s a mild one – is that at over an hour, it seems to go on a bit long. 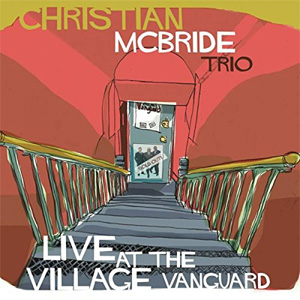 Christian McBride Trio – Live at the Village Vanguard
This live date captures all of the excitement and spontaneity of live performance with the pristine production values usually only afforded by proper studios. Upright bassist Christian McBride and his associates – Christian Sands on piano, and drummer Ulysses Owens Jr. – deliver the goods on this uptempo, blowing set of eight instrumental tunes. A piano-led reading of Wes Montgomery‘s “Fried Pies” kicks things off, and it’s nonstop delight through a mix of originals, standards, and left-field covers (a fun reading of Norman Whitfield‘s “Car Wash”). The dynamic interplay between the members of this trio is thrilling and supremely tuneful. 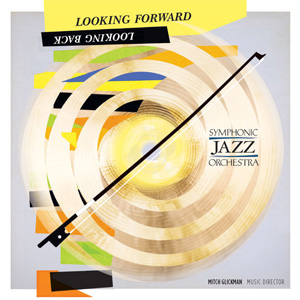 Symphonic Jazz Orchestra – Looking Forward, Looking Back
If you’re like me, you see the words “Symphonic Jazz Orchestra” and you think, “uh-oh. Inaccessible, highbrow stuff.” Well, you and I, we’re wrong. This is sweeping orchestral jazz, with all of the majesty and grace of classical, but the adventurousness of contemporary jazz. If you enjoy Duke Ellington‘s more ambitious compositions, you may well dig this. This project began under the guidance of co-musical director and composer George Duke, though the keyboardist didn’t live to enjoy its completion. Three long pieces – each with movements – comprise the disc, including a reading of George Gershwin‘s immortal “Rhapsody in Blue.” 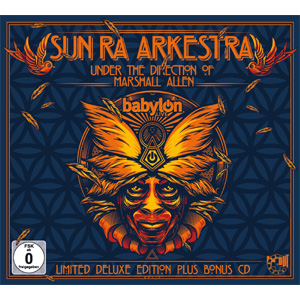 Sun Ra Arkestra – Babylon Live
Sun Ra departed this dimension in 1993, but under the direction of longtime associate Marshall Allen, his Arkestra continues its musical exploration of music’s outer reaches. Very much in line with the kind of things you’d hear on Ra’s albums, Babylon Live captures the ensemble in Istanbul, Turkey, a city that loves it some Sun Ra. This date took place May 21, 2014, and was expertly recorded (the bonus audio disc included in the package) and filmed (the DVD). In a departure from convention – this is Sun Ra, after all – the DVD has more music than the CD.